Bucking the trend of many Commissioners around the county David Lloyd is intending to freeze the local policing precept. Commissioner Lloyd said,

“Hertfordshire has a well-developed savings and efficiency plan that enables us to reduce costs whilst still maintain service levels. In consultation with the Chief Constable I am able to introduce some limited investment into key areas such as safer neighbourhood teams, cyber-crime and cross border criminality.”

The freeze on policing precept will mean that local payment for policing services will not have risen for the last three years. No other force in the Eastern Region has held their precept levels over this period. At the same time, Hertfordshire has recorded the largest decrease in crime levels. Since 2008 burglary has reduced by 40% and theft from motor vehicles by 44%. For this year crime is down 15% when compared against the same period twelve months ago. Commissioner Lloyd said,

“The cost of the public services has to be reduced and policing must play its part. The best led forces with a clear strategy can do this whilst still improving services and reducing crime. That is why I have been able to protect and even slightly increase the number of frontline neighbourhood officers. ” 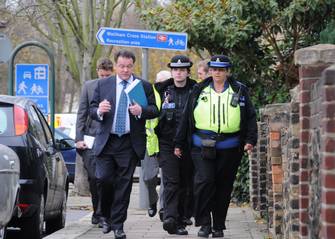 The budget report that will be presented to the panel on Thursday sets out how Hertfordshire Constabulary will deliver services for the year ahead. The Commissioner’s first Police and Crime Plan is now in preparation and a draft will be presented to the next meeting of the panel. The Plan will set out the key strategic aims for the Commissioner’s term of office up to 2016. The main themes of the plan will include:
By freezing council tax for this year Hertfordshire is able to access a one-off Government grant worth £673,000. Commissioner Lloyd said,

“I have never felt that the number of police officers was an effective measure. This isn’t a numbers game. It is not about having too many or too few but having enough to deliver our plans which included keeping this county safe. Hertfordshire enjoys a lower crime rate than any of our neighbouring counties; I intend to keep it that way.”

If anyone wishes to contact Commissioner Lloyd, all his contact details can be found at: www.hertscommissioner.org He can also be contacted on Twitter @HertsPCC and by email: commissioner@herts.pnn.police.uk, by phone on 01992 556600 and written correspondence can be sent to Police and Crime Commissioner for Hertfordshire, Leahoe House, Pegs Lane, Hertford, SG13 8DE.