The policing minister Damian Green has praised the “innovation and accountability” that Police and Crime Commissioners have brought to policing in a recent speech, recognising David Lloyd and Hertfordshire for work done in tackling some of the challenges that police forces currently face.
Speaking at the national conference of the Association of Police and Crime Commissioners, the Minister of State drew on many of the changes and achievements that PCCs brought about since their replacement of the old Police Authorities in November 2012. 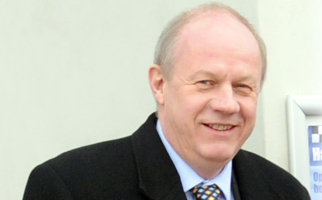 Commissioners were not only “leading the way” on public engagement but also in terms of innovation, he told the conference on Tuesday (March 18th). In particular he highlighted how forces are benefitting from collaborating with their neighbours, not just to save money but also to preserve services to the public – using Hertfordshire as a case in point.

Speaking directly to the Commissioners, he said: “Police-to-police collaborations will continue to have a huge impact on how the forces involved operate – and because you are collaborating on similar services, there may at times be greater scope to move at relative speed to make changes and release savings.

“And these savings are helping to protect what matters most to your local communities. In Hertfordshire, for instance, I know that collaborative work with Bedfordshire and Cambridgeshire has enabled the Commissioner to protect the look and feel of local and neighbourhood policing across the county’s ten districts.”

He also discussed blue light integration and David Lloyd has set up a national working group on the subject. The aim of the group is to be a forum for Commissioners and service leaders to share ideas and best practice rather than form nationally prescribed directives for others to follow.

Mr Green added: “There are already many good examples of police forces working with the fire and ambulance services to save police time, deliver a faster emergency response, tackle issues such as anti-social behaviour and save money.

“And I would invite all of you to consider the extent of the collaboration opportunity with your local fire and ambulance services. With this in mind, I welcome the working group that David Lloyd has established. It was also encouraging to see the national leads for policing, Chief Fire Officers and Ambulance Chief Executives releasing a joint statement of intent, committing them to emergency services collaboration.”

David Lloyd said of the conference: “It was a good opportunity to hear the Minister’s thoughts on the excellent work that many Police and Crime Commissioners are doing across the country.

“Commissioners have brought a new level of public accountability to policing as well as providing increased local leadership on a wide range of crime-related issues.”