The Police and Crime Commissioner, David Lloyd, celebrated the award of a £24,000 grant to a social enterprise during a visit to Stevenage on Thursday (June 26). 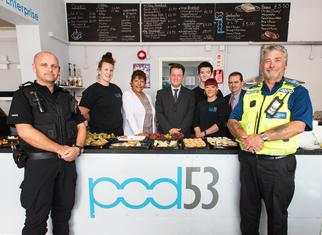 The Commissioner visited the coffee shop and catering service, Pod53 in Willows Links, during one of his regular District Day visits to the town. The grant has been awarded from the Commissioner’s Community Fund (CCF) to the commercial and social enterprise which is largely run by volunteers, including some with special educational needs, vulnerable young people or those at risk of offending.

The project encourages them to gain work experience and develop a positive understanding of the local community. The CCF grant will pay for a project manager for its ‘Re-Shape’ project which will provide mentoring and educational training support for young offenders.

Commissioner Lloyd said: “I was impressed to see first-hand the effort and pride that these young people show in their work. The quality of their work was excellent.

“It is clear that Pod53 has a positive effect on the young people involved and so I’m pleased to be able to agree this funding which will help them expand their operation.”

Bernadette Rump, director of Pod53, said: “We’re absolutely delighted to receive this funding from the Police and Crime Commissioner. The money will help us to support more young people in Stevenage and help improve their life opportunities.”

Also as part of the Stevenage District Day, the Commissioner visited the CCTV control room in Stevenage, which manages CCTV cameras across Stevenage, North Herts, East Herts, Hertsmere and parts of Bedfordshire. The Commissioner learned more about the technology used, the code of standards they work to and about how closely they work with police in order to respond to track offenders and provide evidence for serious criminal investigations. 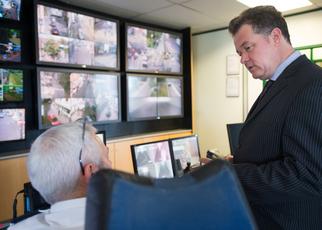 The Commissioner was then given a tour of the custody suite at Stevenage Police Station and took part in a Street Meet operation with Police Community Support Officers, meeting residents in Nodes Drive. 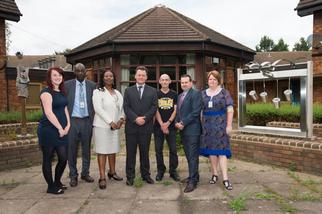 During the afternoon, he visited the No More Project at The React centre in Round Mead. The project, which has also received a grant from the CCF, showed how their work has helped addicts reduce their dependency on drink or drugs. Many of the people referred to the project have been involved in anti-social behaviour linked to their drink or drug abuse but through positive support and encouragement have turned their lives around – and so demanding less resources from police and other public services. The Commissioner heard from the Terry, who had dramatically cut down his drinking and was now involved in constructive projects including looking after an allotment.

The days are intended to spend time focussing on projects and issues in particular districts and boroughs around the county and during the afternoon the Commissioner headed to Stevenage Borough Council offices in Danestrete to meet council leader Sharon Taylor and Communities portfolio holder Cllr Richard Henry to discuss issues currently affecting the borough.

For his final meeting, the Commissioner met participants of the town’s PubWatch. The scheme has 27 of the town’s pubs and bars signed up to it and works by banning people who cause trouble in one establishment from all.  Again the introduction newer internet and smart phone-based systems means that landlords and pub managers can communicate faster, more effectively and more efficiently. 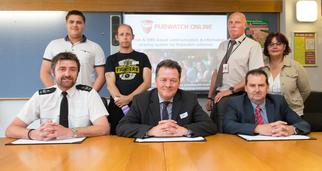 “It was an excellent day in Stevenage,” said the Commissioner. “Some of the interventions and diversionary schemes in the town are great examples of how we can work to divert people away from crime and anti-social behaviour.

“It was great to see someone like Terry who has turned his life around through the help of the No More Project. Not only has he improved his own life but also the lives of others around him who see a new man. The anti-social behaviour that some of their clients have been involved has come to an end meaning that countless hours of police, council and housing officers’ time have been saved.”

Stevenage Borough Councillor Richard Henry, Executive Member for Safer Communities, Older People and Health, added: “This visit from the Police and Crime Commissioner has been a chance for us to highlight the range of work that we as a council do, along with our partners, to tackle anti-social behaviour in our town.

“One of the ways that we are tackling anti-social behaviour in Stevenage is through Pod 53, and the grant will provide vital funds for the ReShape project and enable the team to work together to target young offenders or those at risk of offending.” 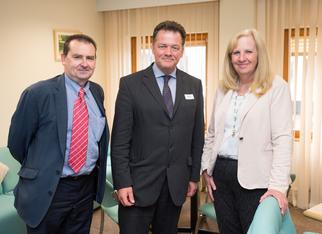