The Police and Crime Commissioner for Hertfordshire, David Lloyd, has launched a drive to recruit more volunteers to check police custody cells, and those held in them, are safe.


The Commissioner launched the drive to recruit more volunteers at the annual volunteers’ meeting for the scheme, at Police Headquarters in Welwyn Garden City on Tuesday evening (18th March).

ICVs must have good observational and thinking skills, strong ethical principles and be comfortable challenging authority if required. Ideally the volunteers will also come from a range of backgrounds, ages and experience.


As well as launching the drive at the meeting, Commissioner Lloyd handed long service awards to 12 ICVs who have given up their time for many years to help uphold standards in the county’s custody areas. 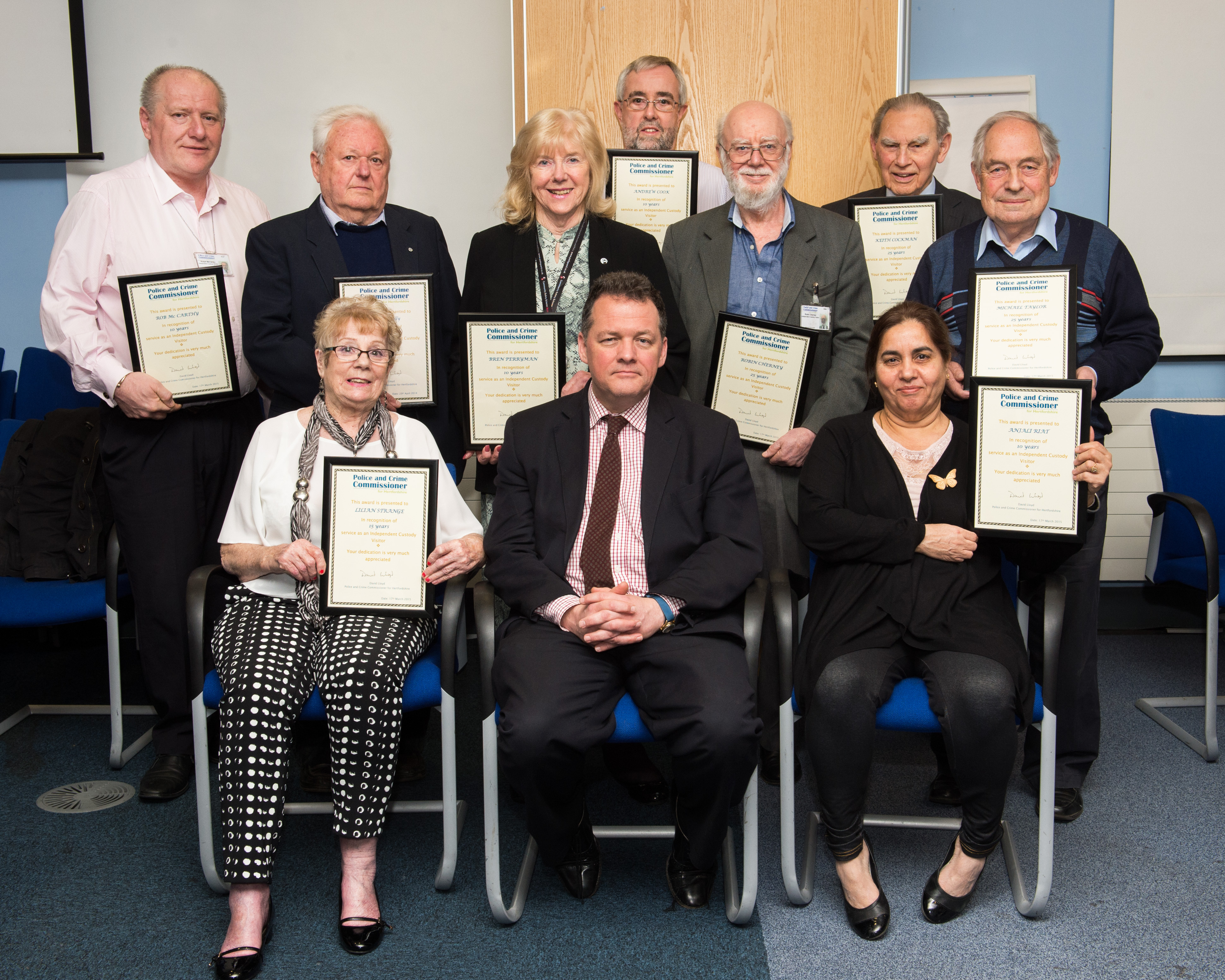 Commissioner Lloyd said: “ICVs serve a vital purpose by making sure that the welfare and rights of people detained in police custody cells are maintained. Furthermore the work of the visitors highlights the essential role that volunteers can play in promoting community safety and the highest standards of policing in our county.

“I have developed a countywide strategy to enable and support the ways and means people can volunteer, and in so doing contribute to reducing crime and community safety in Hertfordshire. I urge anyone who is interested in the scheme and who believes they have the required skills to apply to become an ICV and to help play a role in keeping Hertfordshire a safe place.”