The Police and Crime Commissioner for Hertfordshire, David Lloyd, spent the day in and around East Herts on Wednesday (16th September) finding out about key policing issues in the district.

The Commissioner was in Hertford, Ware and Buntingford for his latest ‘district day’ – a regular event where he focuses on the crime and community safety-related issues affecting each of the county’s 10 districts and boroughs. 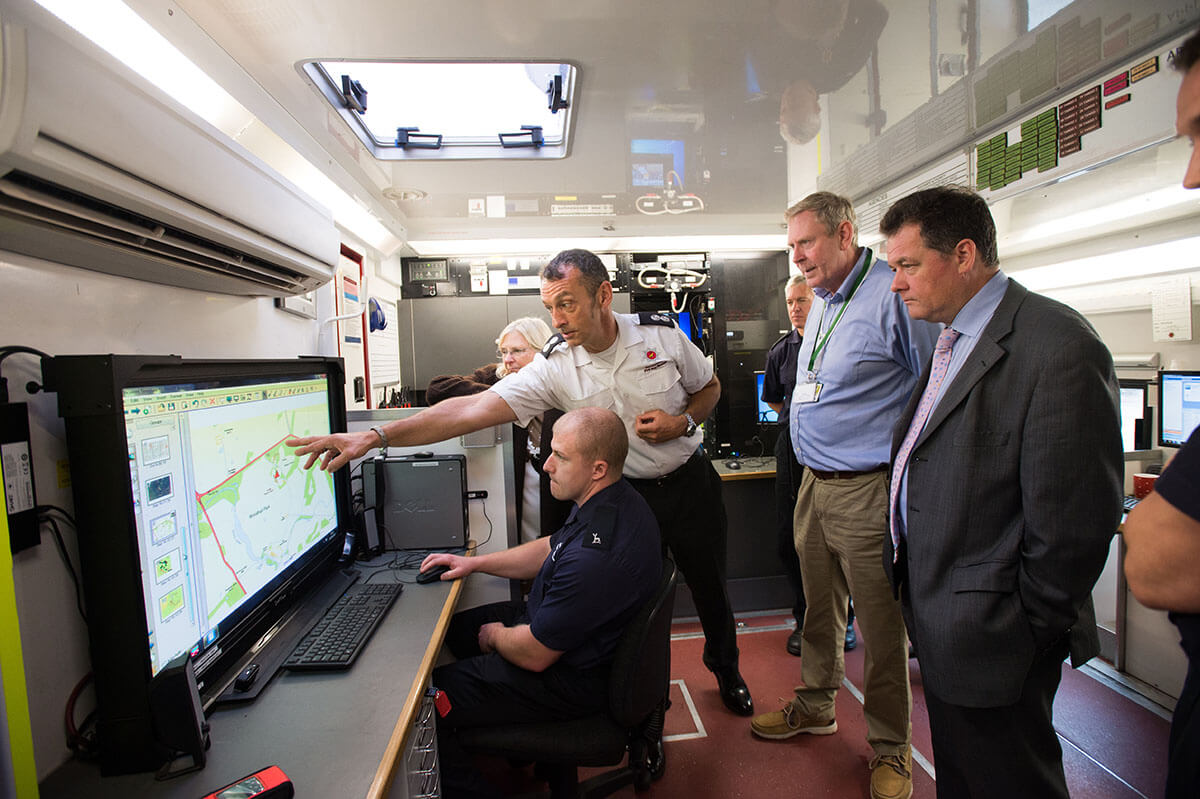 The Commissioner started the day at Hertford Police Station in Hale Road with a briefing from East Herts Neighbourhood Inspector Chris Hunt. The pair discussed issues raised by local residents such as concerns about parking, speeding and anti-social behaviour, as well as what police are doing to tackle key crime issues such as vandalism, assaults and shoplifting.

Inspector Hunt informed the Commissioner about innovative strategies being employed by his officers, including the use of dash cams in vehicle crime hotspots and involving schoolchildren in the fight against criminal damage.

The Commissioner then met the Leader of East Herts Council Councillor Linda Haysey, before the pair travelled to Buntingford to see how shops in the town are sharing information and protecting themselves with a recently-introduced ShopWatch.

Some 30 High Street shops and businesses have signed up to the scheme, which enables them to share crime prevention advice and effective lines of communication through an instant messaging system. Buntingford PCSO Aaron Pender currently coordinates the scheme and was on hand to explain how it works. 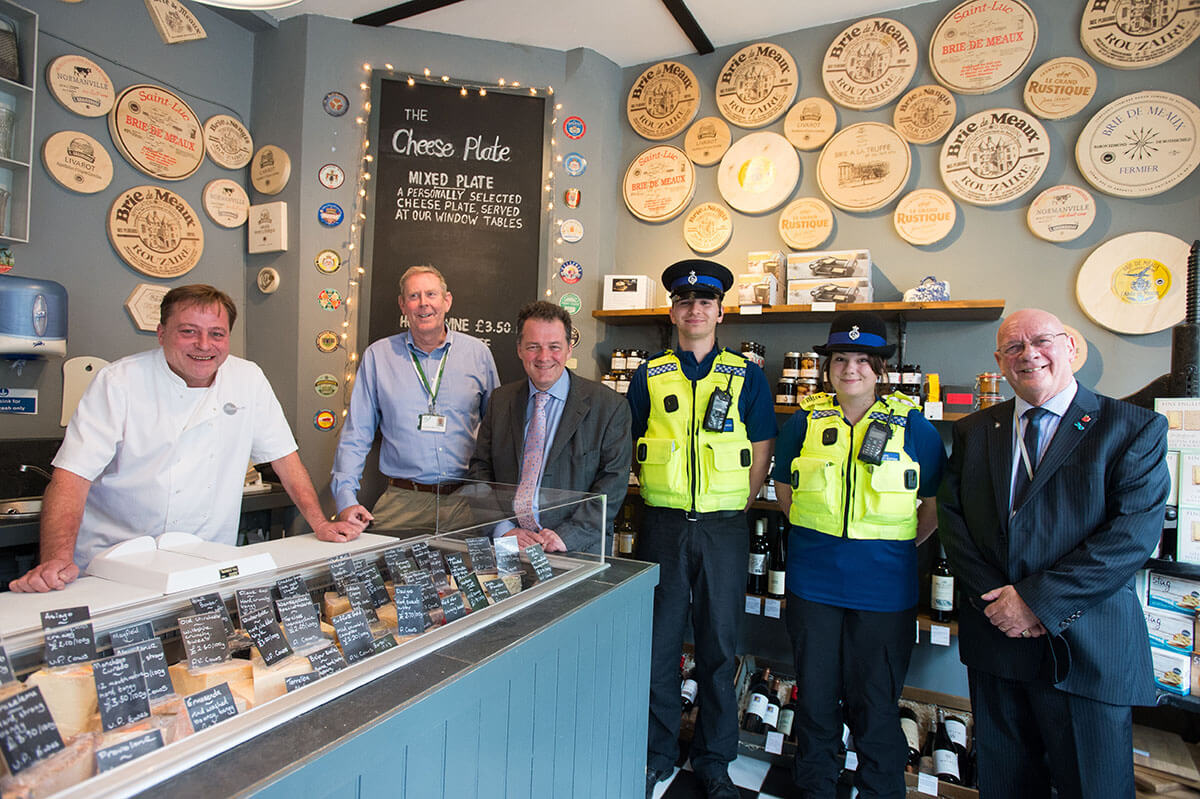 To complete the morning, the Commissioner then travelled back down the A10 to Presdales School in Ware to talk to politics students there about his role and responsibilities.

During the afternoon, David Lloyd was shown how Hertfordshire Fire & Rescue Service can use its mobile Command Support Unit to manage its response to large incidents from the scene itself. The specialist vehicle, based at the Service’s HQ in Hertford, is equipped with high-tech IT and communications technology and is one of nine enhanced logistical support resources in the country.

While at the Service’s base in Old London Road, the Commissioner also saw a demonstration of incident response with specialist rescue equipment and techniques used to save lives.

To round up the day, the Commissioner travelled with Inspector Hunt to a street briefing in Sele Farm, Hertford. They met with representatives from East Herts Council and Riversmead Housing Association to discuss issues affecting local sheltered housing residents such as anti-social behaviour.

Afterwards, Commissioner Lloyd said: “I am always keen to see in person the work of the agencies, partners, and volunteers who are keeping the county such a safe place to live. My district days allow me to look in depth at each of the county’s ten districts and boroughs and this was no exception. I would like to thank all those I met during the day for taking the time to discuss the policing and crime issues affecting their communities.

“I was especially keen to learn more about the ShopWatch scheme in Buntingford. As Police and Crime Commissioner I have focussed heavily on the concept of using ‘business sense’ both in terms of making sure the police operate as efficiently as possible but also encouraging businesses to play their part in the prevention of crime. ShopWatch is a clear demonstration of how shops can work better together and send a message to criminals that they are not welcome in Buntingford. It was good to hear positive reports from shopkeepers about the scheme.”