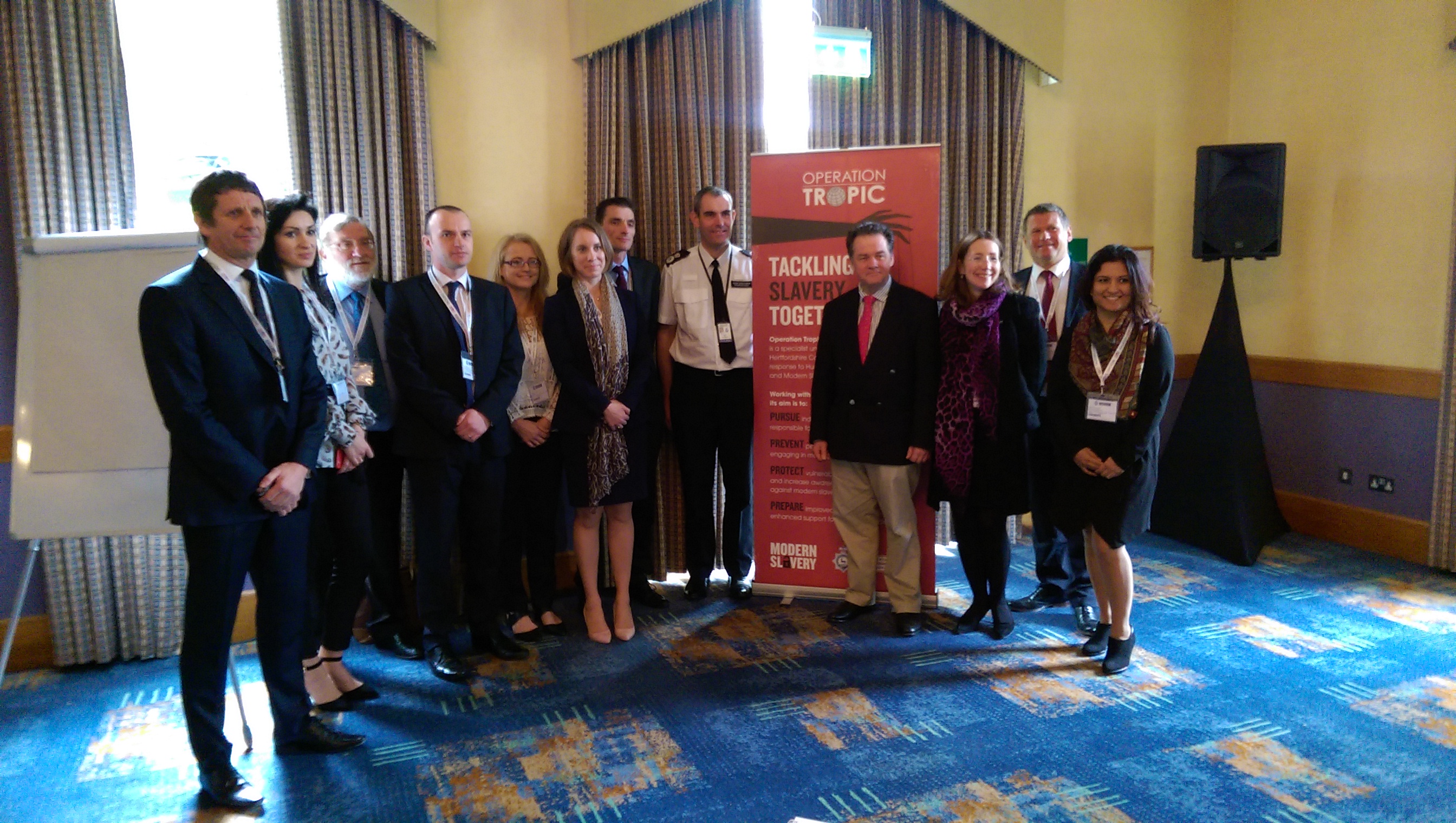 The event was organised to highlight the issue of modern slavery and to start building an effective partnership approach to help identify the problem, bring offenders to justice and support victims.

Herts Constabulary launched Operation Tropic at the event – a dedicated police unit that will co-ordinate the response to modern slavery in Hertfordshire.

Commissioner Lloyd said: “The creation of Operation Tropic is a significant step forward in the tackling of this serious crime and delivers a pledge in my Community Safety and Criminal Justice Plan which calls for greater partnership working and improving the care of victims.
Hertfordshire Constabulary should be commended on leading the way and this pilot programme shows how serious the force is taking the crime.”

Detective Superintendent Dave Wheatley said: “Almost every modern slavery investigation will require a multiagency response from charities that provide support to victims to multiple law enforcement agencies that tackle trafficking. Therefore it is hugely beneficial for frontline staff from different agencies throughout the country and further afield to come together and share best practice and become more aware of the issues around this often complex and hidden crime.

In the future – the Constabulary’s Operation Tropic will play a leading role in developing and sustaining the partnership between these key stakeholders. This pilot represents a new approach in how we tackle modern slavery in Hertfordshire and I know that other Forces around the country will be closely following our progress with a view to replicating our model.”

Ms Sachdev said; “Combatting modern slavery requires a co-ordinated and united approach and we welcome the launch of this dedicated police unit as part of the collaborative efforts in Hertfordshire.

The Unit will play a key role in bringing the key perpetrators of modern slavery to justice and ensure the police on the frontline are best equipped to help protect those who may be at risk. Partnering with key groups on a local level helps drive real change and we look forward to sharing further announcements from the Hertfordshire network.”