Two huge fly tipping incidents have seen 60 tonnes of waste illegally dumped just a few miles apart within a week.
Both were inspected, one just hours after it happened by David Lloyd, Police and Crime Commissioner for Hertfordshire, as he was touring East Herts as part of his monthly district day visits.
Both piles measuring 6m long by 3m high are made up of processed residential waste which has been sorted then compacted. One was left on farmland in Barwick while the other was left at the entrance to a school playing field in Much Hadham.
After examining the piles Mr Lloyd said: “These are some of the worst fly tipping crimes I have come across anywhere in the county. It is going to cost several thousand pounds to clear up the mess these criminals have left behind. 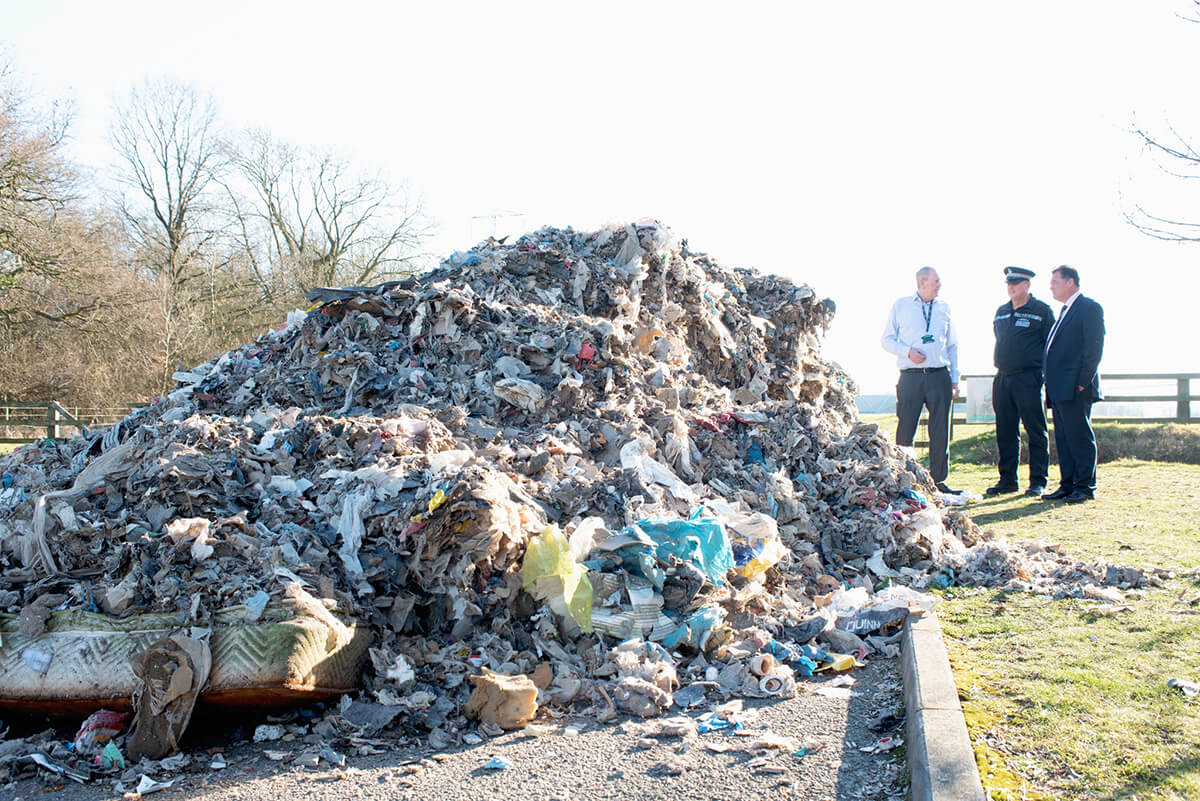 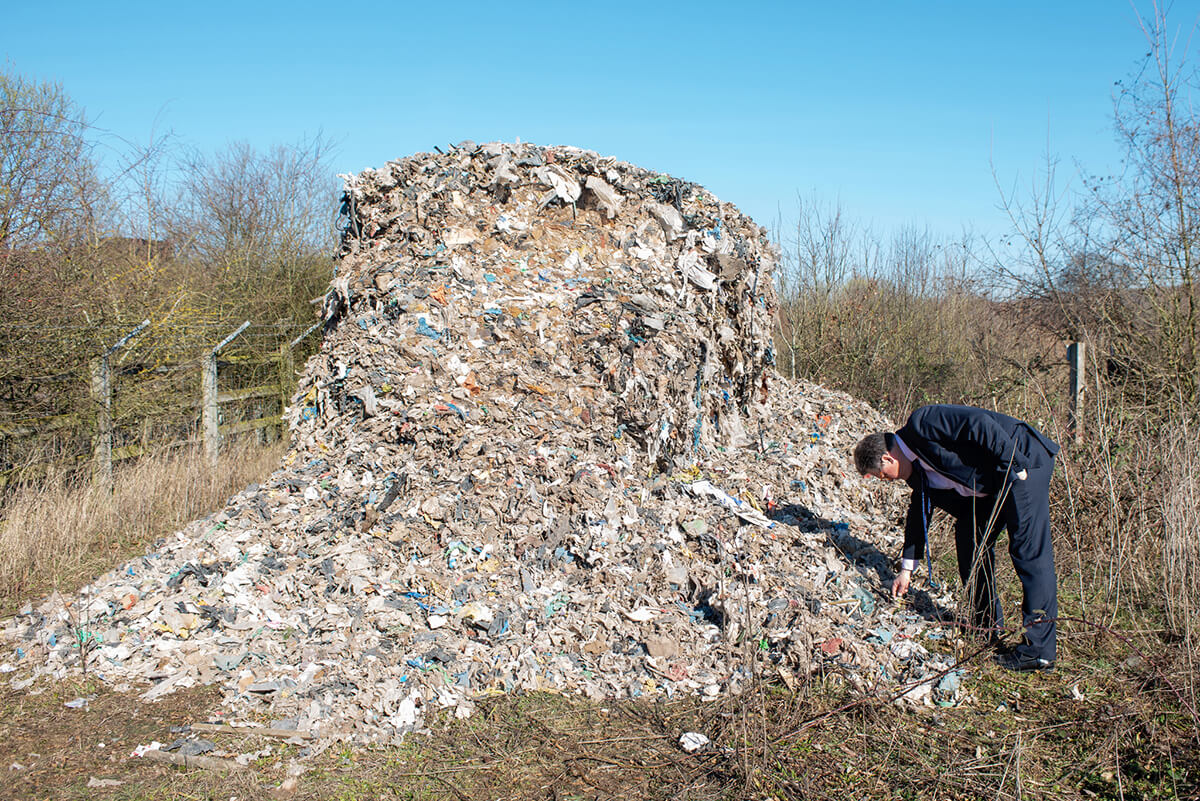 “The scale and audacity of this crime is shocking, there should be severe penalties for the offenders when they brought to justice.
“Fly tipping is one of those issues that is most frequently raised to me by residents. It is something which blights many communities.
“It has always been and remains one of my priorities as Commissioner to tackle the issue. This is best achieved when all the relevant agencies including the police and district councils work together.”
Refering to the dumping in Gore Lane, Barwick, just beside the A10, local Sgt Duncan Wallace said: “We know this happened between 5am and 5.30am yesterday (Monday) morning but have not yet found any eye witnesses who saw the unloading taking place.
“This was an organised operation involving the dumping of processed waste. To gain access to the site a padlock was cut off a gate with an angle grinder.
“We are working with our partners at the council to investigate the matter.” 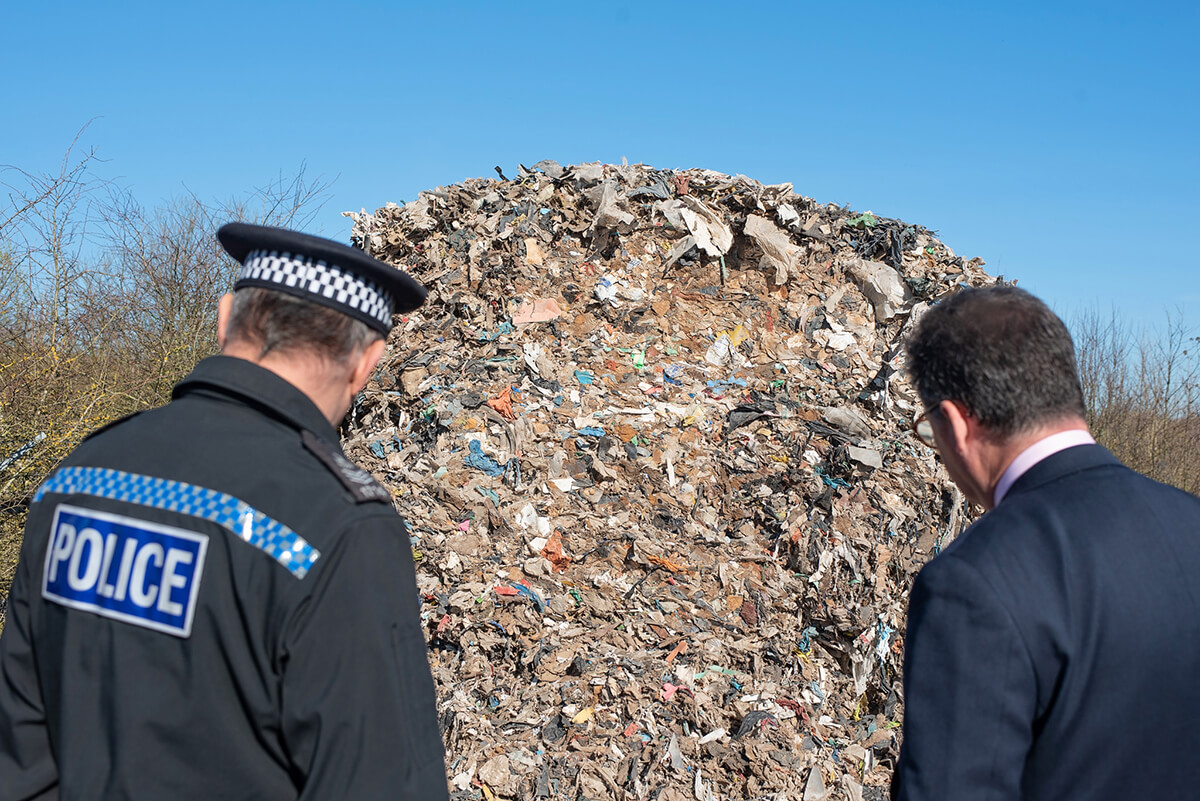 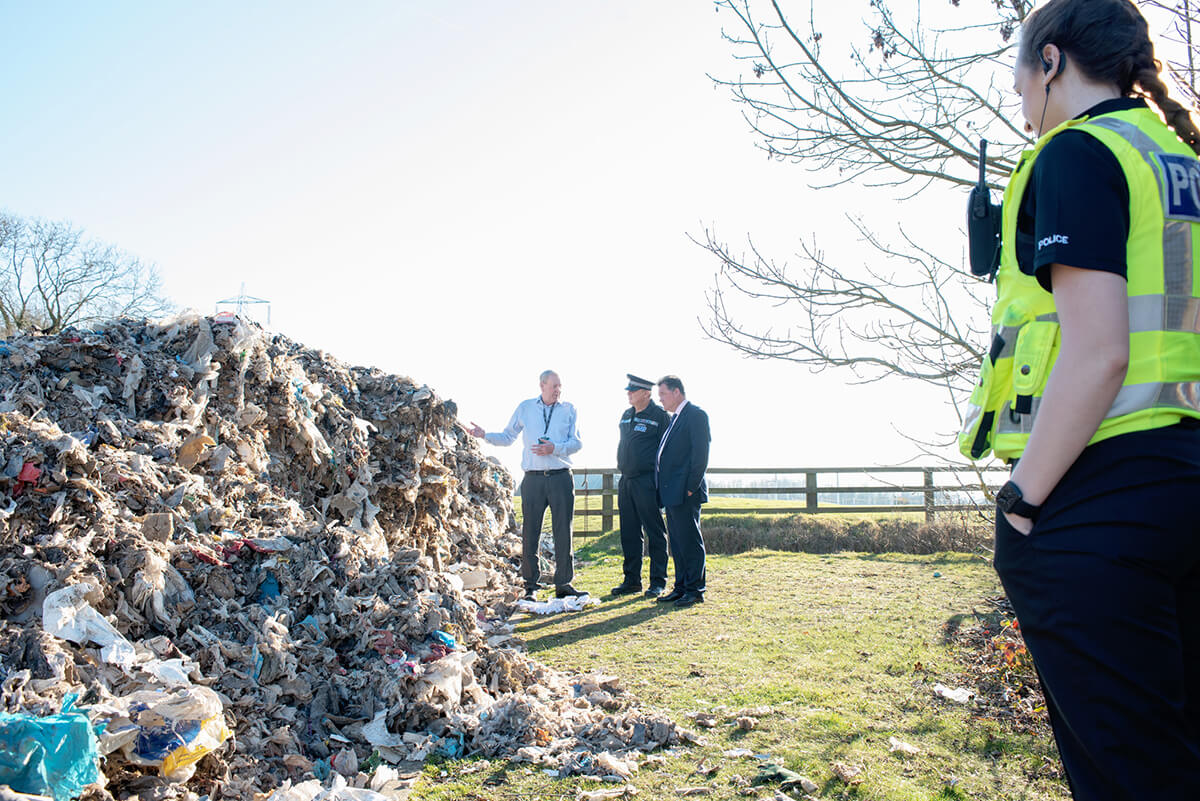 The other load was dumped on overnight between the 18th and 19th of February at Jobbers Wood, the sports field facility for Bishop’s Stortford High School in Much Hadham.
It has led to the closure of the facility for the children until arrangements can be made for it to be moved.
Graham McAndrew, executive member for waste at East Herts Council said, “Due to the size of the fly tips, we had to report it to the Environment Agency (EA). An East Herts officer will always attend to try and find evidence for prosecution.
We would encourage anyone who may have witnesses an incident like this to come forward with information as this could help us bring the culprit to justice. If you witness a fly tipping incident, you can report it via our website: https://www.eastherts.gov.uk/reportflytip”

BACKGROUND:
The Police and Crime Commissioner, Hertfordshire Constabulary, together with Hertfordshire County Council together with the County’s ten District and Borough Councils have agreed to work together to combat the scourge of fly-tipping.
Work has been continuing as part of the Police and Crime Commissioner’s vision outlined in his Police and Crime Plan, Everybody’s Business to respond to concerns raised by the public to address fly-tipping across the county.
Key changes include a single definition of fly tipping, a standardised recording process, easier reporting, a single point of contact in each district, and additional funding to create a countywide approach that tackles the issue more efficiently.
Work to date has seen statutory partner agencies from across all of Hertfordshire’s ten districts and boroughs and the County Council come to an agreement on a countywide definition for fly-tipping which is in line with the National Department for Environment, Food and Rural Affairs (Defra) guidelines.
A single countywide definition will assist and support with future strategic planning, enabling a countywide view on evidencing, mapping and analysing the extent of the problem, and for stakeholders to allocate sufficient resources and tackle hot spot areas or persistent offenders