Initiatives to tackle begging, rough sleeping and youth crime were discussed when Hertfordshire Police and Crime Commissioner David Lloyd visited Watford.
Mr Lloyd last week met with the borough’s Chief Inspector, charity workers and the head teacher of a referral school, to find out what is being done to cut crime and offending.
“I am committed to visiting every one of Hertfordshire’s 10 boroughs or districts at least once a year. It is vital to get out on the streets and talk to people who are dealing with victims and offenders on a daily basis. 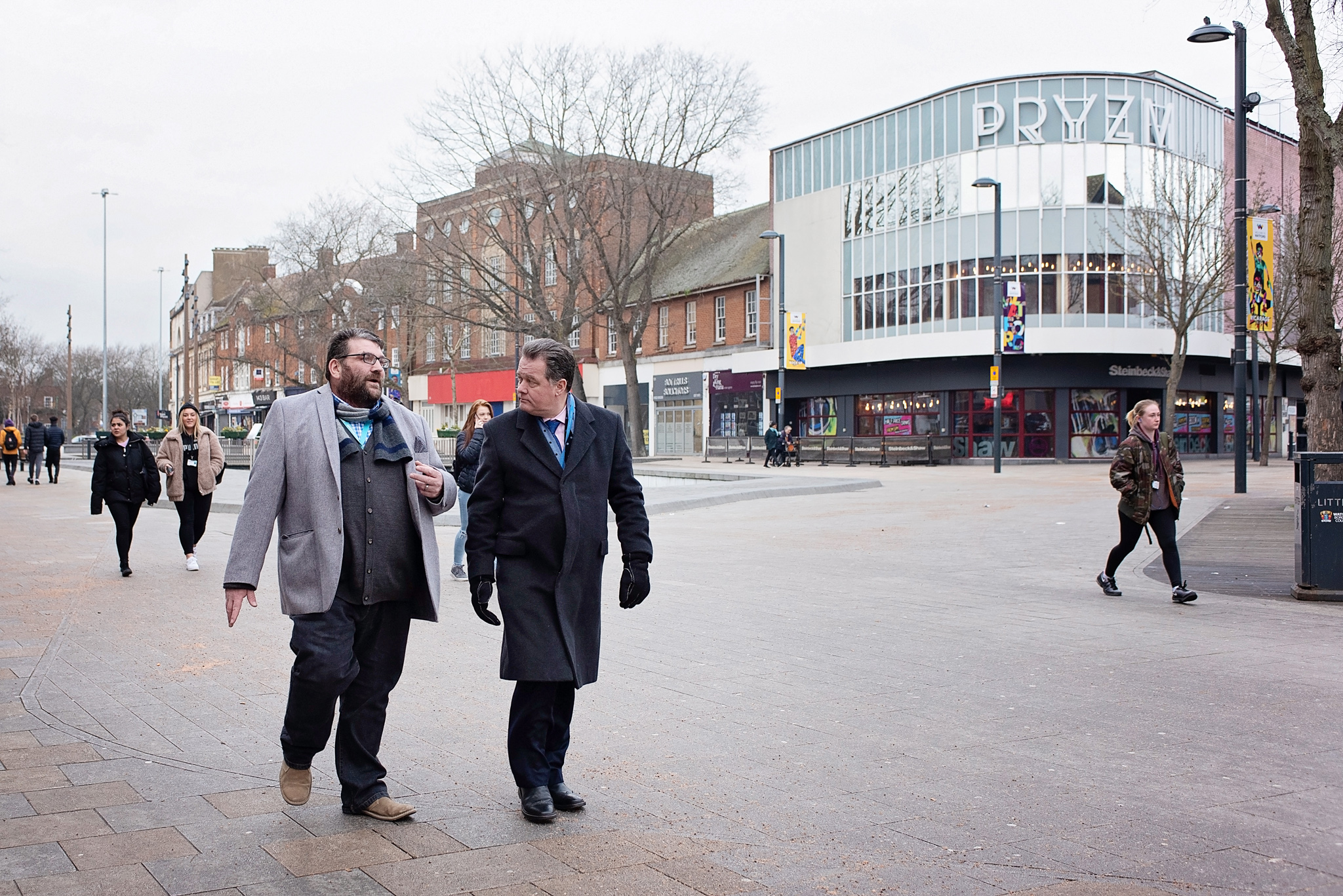 “Through funding partnerships I have committed money to schemes throughout Watford and it is satisfying to see how those funds are being put to good use.”
At Watford police station the Commissioner received a briefing from Ch Insp Matt Phillips who said: ““We experience a higher level of serious crime than the rest of Hertfordshire as we are a front door into London, being right on the border with good road and rail links.”
“We have seen an increase in the numbers of rough sleepers and associated begging in the town centre. This causes concern to residents and local businesses, we are working with the council and charities to reduce this.”
Operation Guardian which has seen a reduction in dwelling burglary by a 9% on last year. 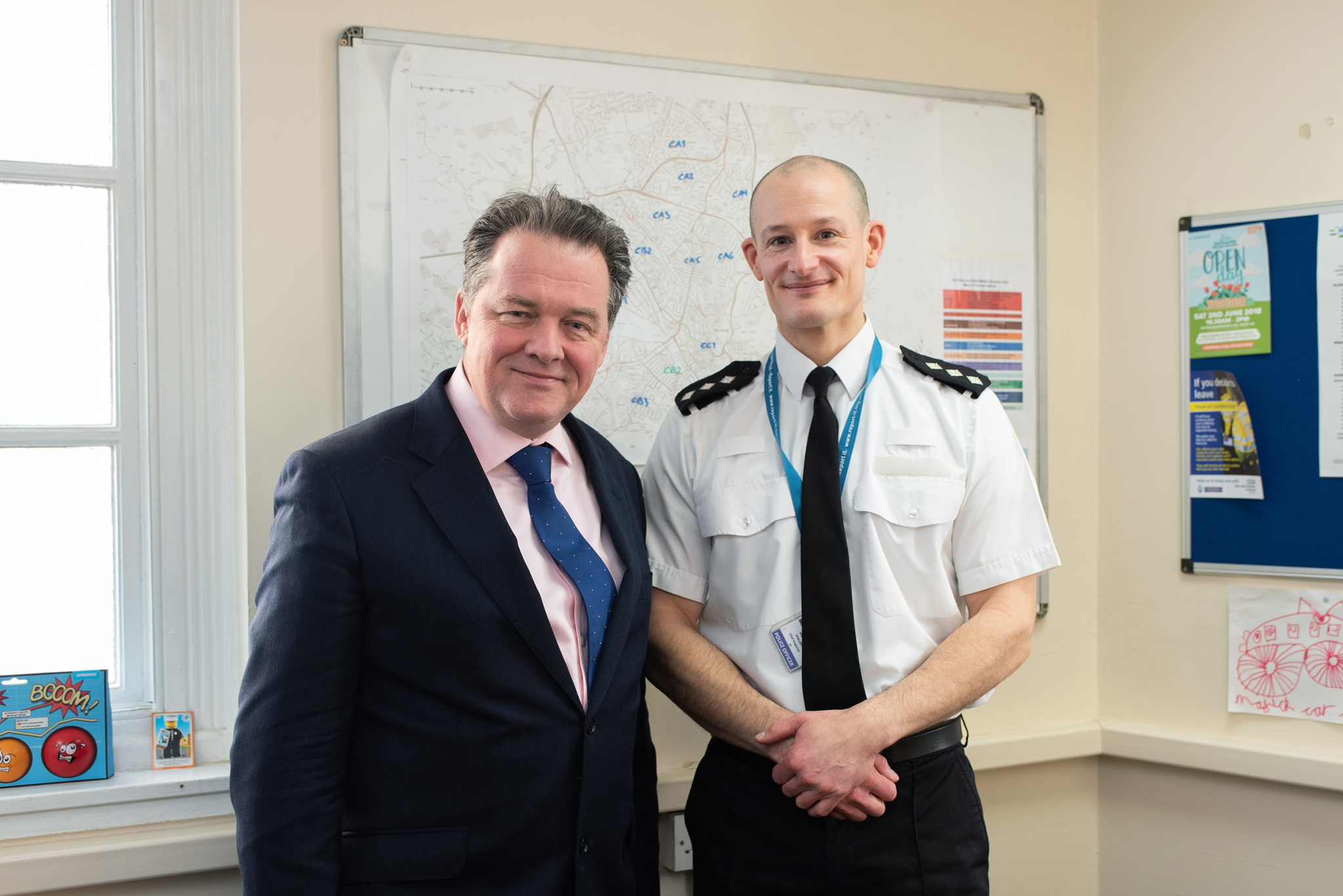 While high levels of street robbery has led to officers targeting those responsible with a preventative approach before they can offend again.
At the Chessbrook Educational Support Centre, in Tolpits Lane, Mr Lloyd heard students are referred from a mainstream school because of special needs or a record of poor behaviour.
Upon joining each student is given a Personalised Learning Mentor who will support them through all aspects of their educational development and be the first point of contact between the school and the parents.
There are also two new youth crime PCSO’s who work with Chessbrook to identify children of concern or at risk.
They will build on the traditional safer schools partnership model by patrolling parks, cinemas, and the town centre where youngsters congregate.  This adds some policing continuity and knowledge around emerging youth criminality
Head teacher Sue Howe said: “We are the hub – here to support the young people, plus their parents and schools.”
“We work with the parents to break the cycle and keep young people in full-time education. We have two of our students this year that are thinking about applying for university, they would never have dreamed of that before coming here.”
After a walk through the town centre Mr Lloyd was invited to the New Hope Haven, Rough Sleeper Management centre, in Queens Road.
The police have been running Operation Blanket which was been created to break up the homeless groups and beggars so they can stabilize those who are deemed to be the most vulnerable. 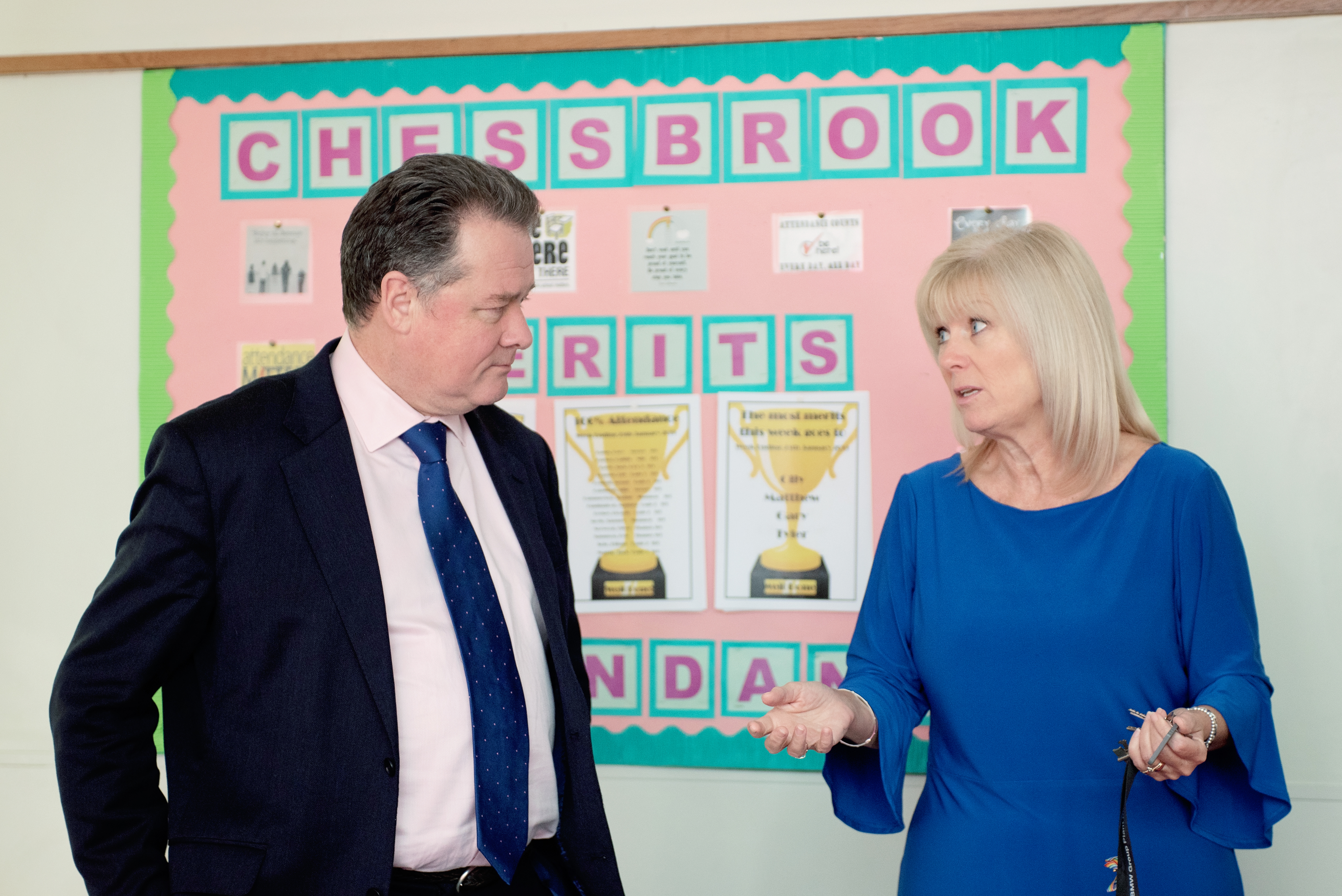 The group were show a video, funded by the Commissioner’s Action Fund. Entitled ‘How your spare change can change lives’ it aims to alter the public’s attitudes to beggars by recommending giving to homeless charities instead of individuals.
The centre can offer beds to 31 people with a minimum of two staff available 24 hours a day and offers general advice, referrals to other agencies and local drug and alcohol support.
Chief Executive Matthew Heasman said: “No one has had to sleep on the streets this winter out of choice. We can see the lives we have changed lives. We have helped homeless people back into permanent accommodation and be reunited with families they have not seen in years.”