Hertfordshire Police and Crime Commissioner David Lloyd has launched his first rural crime survey.
He is asking all residents and business owners for their views on how the countryside is being policed and where they want the priorities to be focused.
The results of the consultation will be used to formulate his updated Community Safety and Criminal Justice Plan later this year.
Mr Lloyd, who last week attended a Barn Meeting at Samuels Farm, in Coleman Green Lane, Wheathampstead, said: “As I hold an elected role I represent everyone who lives in Hertfordshire. I am here to hear your views and concerns and to use them to inform the Chief Constable of your priorities. 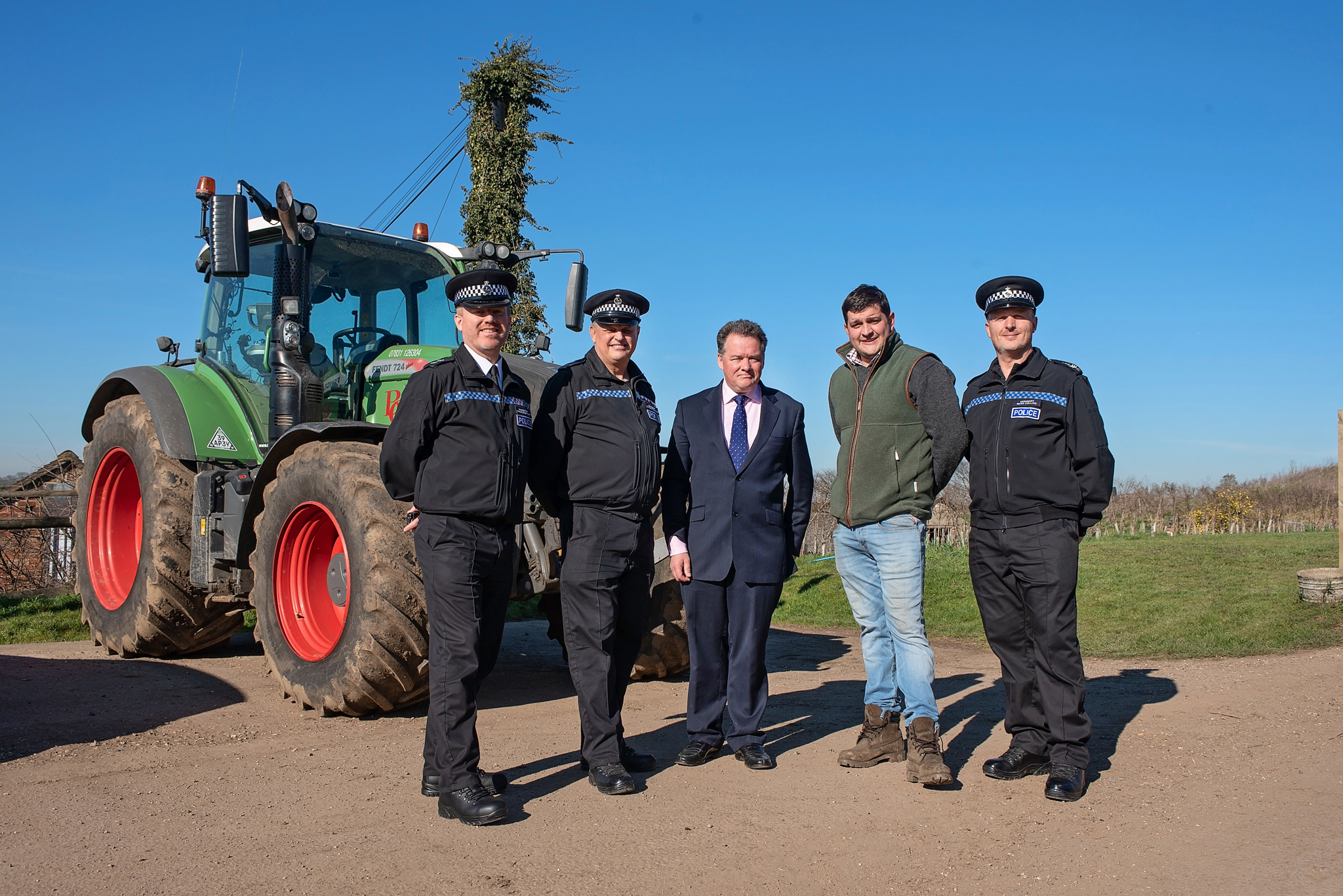 “Rural communities are a really important part of the county for both residents and business. My job is to ensure that policing funds are spent efficiently and effectively to keep crime as low as possible.”
“I have provided funding for extra officers plus other initiatives including covert cameras, dash cams and to clean-up fly tipping.
“I will continue to listen to ensure those issues which the public consistently tell me are of concern are listened to, and where appropriate, action is taken.
“This survey is the public’s opportunity to help me make a real difference in how we reduce crime and the fear of crime in the more remote parts of the county.”
The consultation can be completed online at https://www.surveymonkey.co.uk/r/92LMX95 in 20 minutes. It is not just open to farmers, but also encouraged to take part are residents who live in or visit rural communities as well as other business owners.
Questions or topics include any crimes that have affected you, was it reported to the police, what police response did you receive and do you feel safe?
This year’s average £2 a month Council Tax precept increase will be used to pay for 75 extra officers and the Commissioner has backed a scheme for Specials and volunteers who work just in rural areas.

Last month a pilot scheme to help victims of fly tipping including farmers and landowners was extended from two districts to four.
Landowners can apply for cash grants to clear up the rubbish left behind in St Albans and Welwyn Hatfield alongside existing members Broxbourne and Three Rivers.
His office has also funded 30 dash cameras for farmers to put in their vehicles, including tractors and all-terrain vehicles. They enable the drivers to report anything suspicious they see with video footage, and it also allows officers investigating crimes to visit them to see if they caught anything on camera around the time of the offence.
Mr Lloyd attended the Barn Meeting with Hertfordshire Chief Constable Charlie Hall and they heard how rural officers have given out their mobile numbers to farmers to improve communication.
Supt Ken Townsend also demonstrated the What3Words technology used by the Force Control Room that can locate any area in the world to the size of 9 square metres.
NFU County Adviser Rosalind David said: “The NFU welcomes this survey and I would urge our members, and the wider rural community, to take the opportunity to comment on rural crime and policing in Hertfordshire.
“Rural crime is a major concern for farmers across the county. Whether its fly tipping, hare coursing, burglary or theft, it all impacts on the daily lives of farming families and businesses in far-reaching and costly ways.
“These survey results can help ensure that police resources are targeted in the right way, and that rural communities receive the level of service they expect and deserve.”