A new location service to “revolutionise” rural crime and help residents in remote parts of the county was demonstrated at a Barn Meeting this week.
Members of the public can now report locations of crimes and call for assistance with pinpoint accuracy of within a few metres with the app What3Words.
Police and Crime Commissioner David Lloyd and Hertfordshire Chief Constable Charlie Hall unveiled the simple system to an audience of 80 farmers, residents and business owners at a public meeting at Samuels Farm, Coleman Green, Wheathampstead on April 11th.
“This system can revolutionise the reporting of crime and calls for assistance in rural areas, such as Hertfordshire,” said Mr Lloyd. 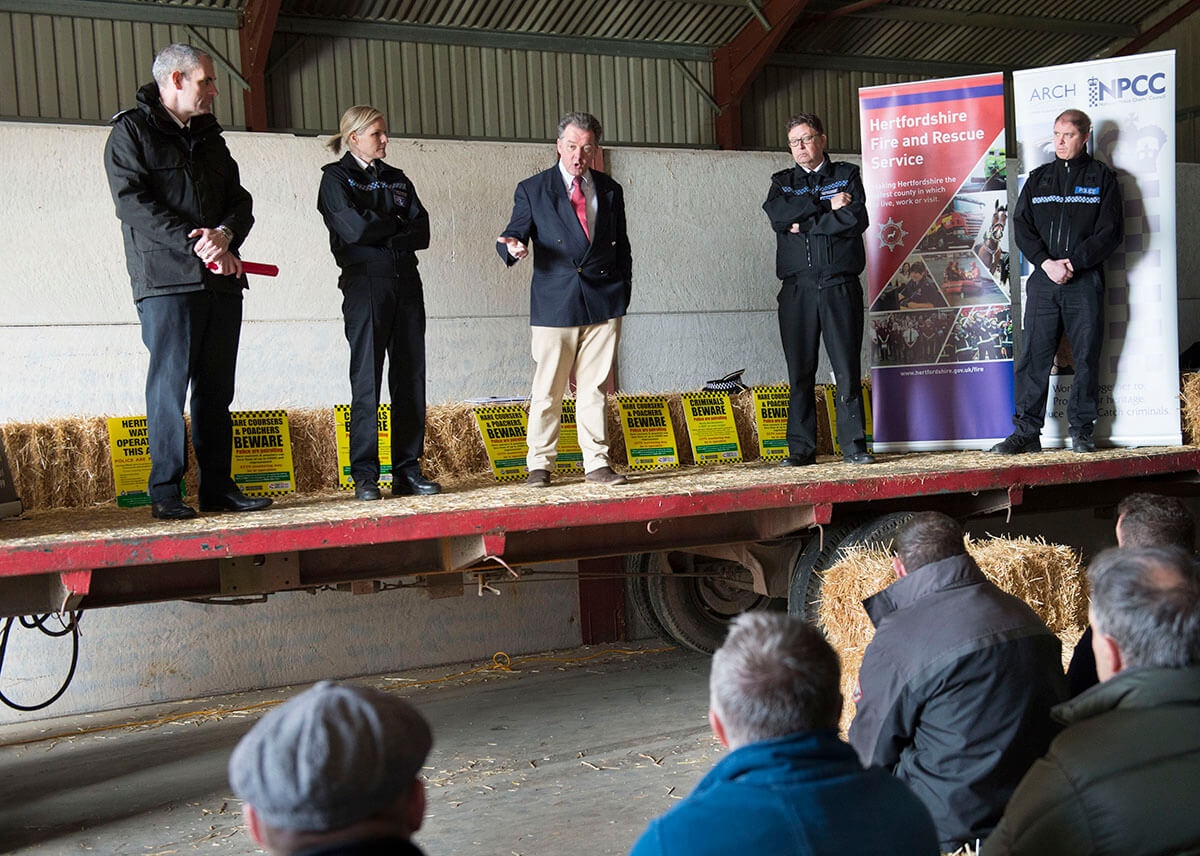 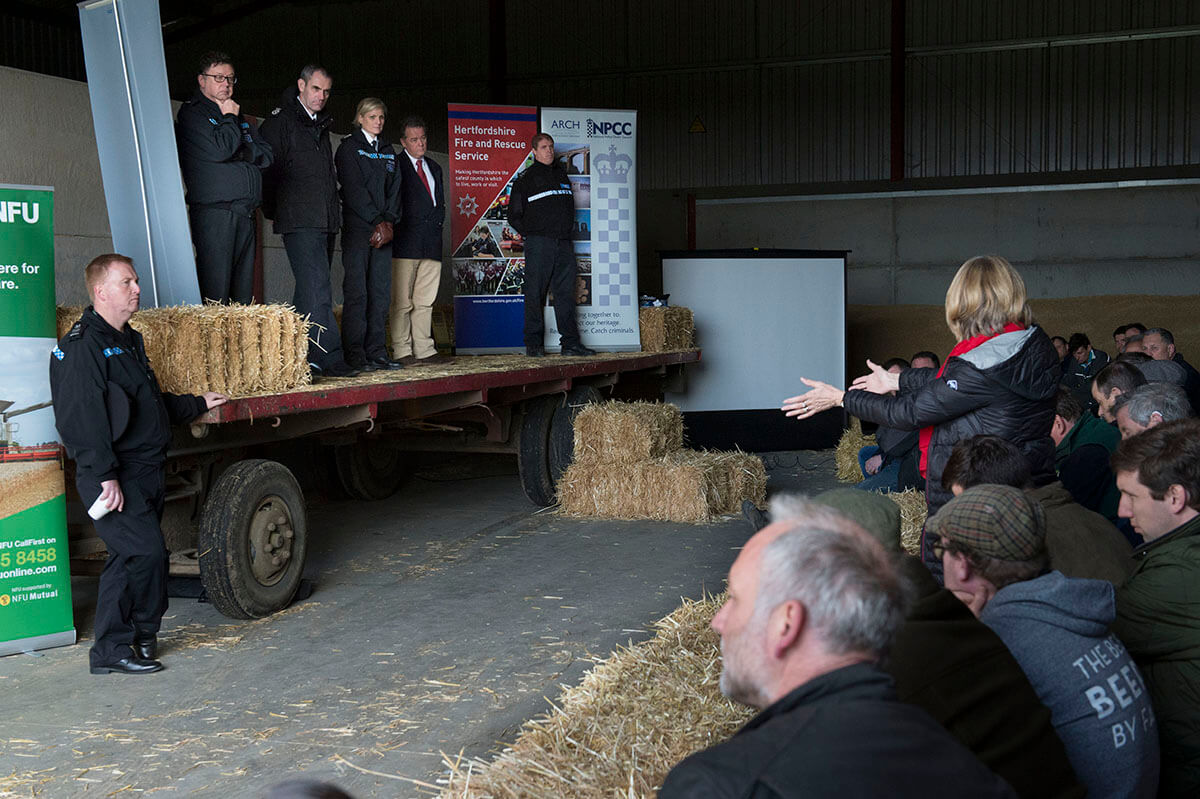 “It is good to see that the Force Control Room is now using this system so residents can call up 999 or 101 and get a quicker response to an exact location. This is real cutting edge new technology the Constabulary are introducing, which will make a real difference to residents.”
Supt Ken Townsend said: “What3Words is an online application which allows officers to find your exact location to within 3x3 Sq m by using a different combination of three words for anywhere in the world.
“Every frontline police officer has been issued with a smartphone and it has the app installed on it. When a call comes in it is not always easy to provide a precise location so this system is a life-saver.”
Chief Inspector Lynda Coates said: “What3Words was invented by a Hertfordshire man who was fed up with not getting deliveries to his farm. So it is the perfect fit for us to use.” 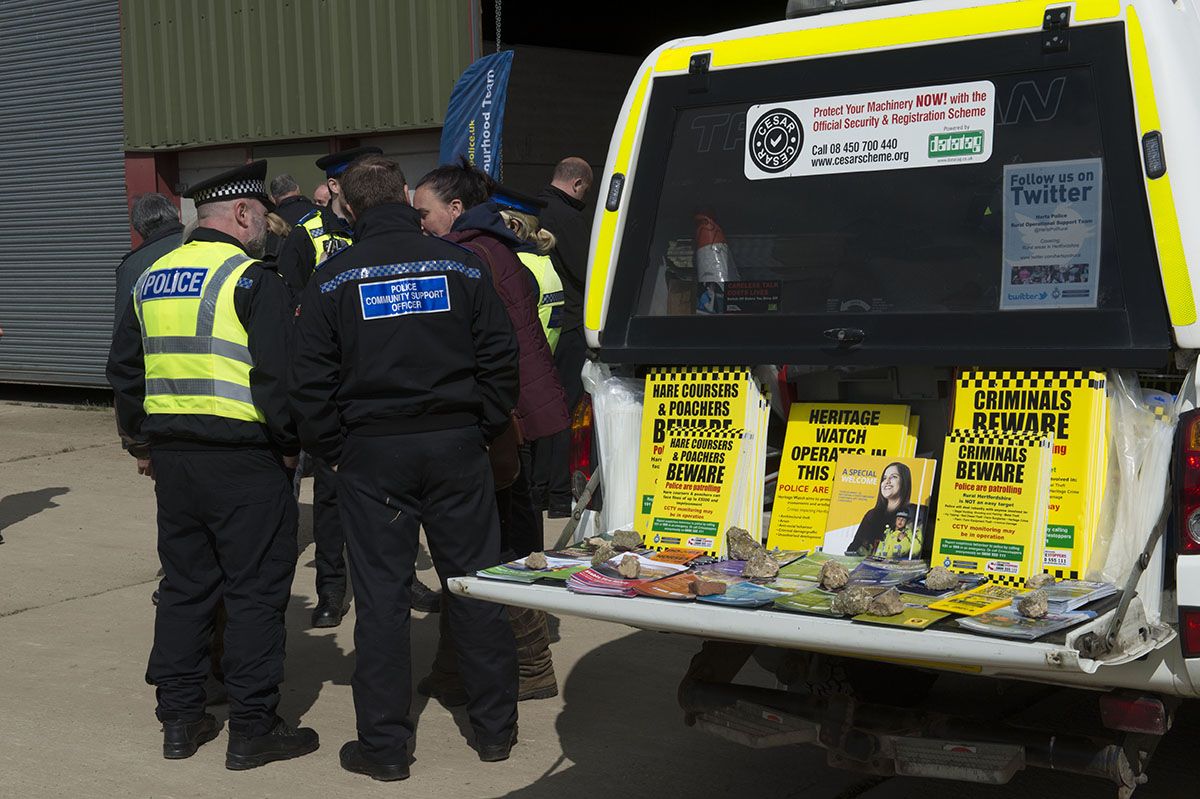 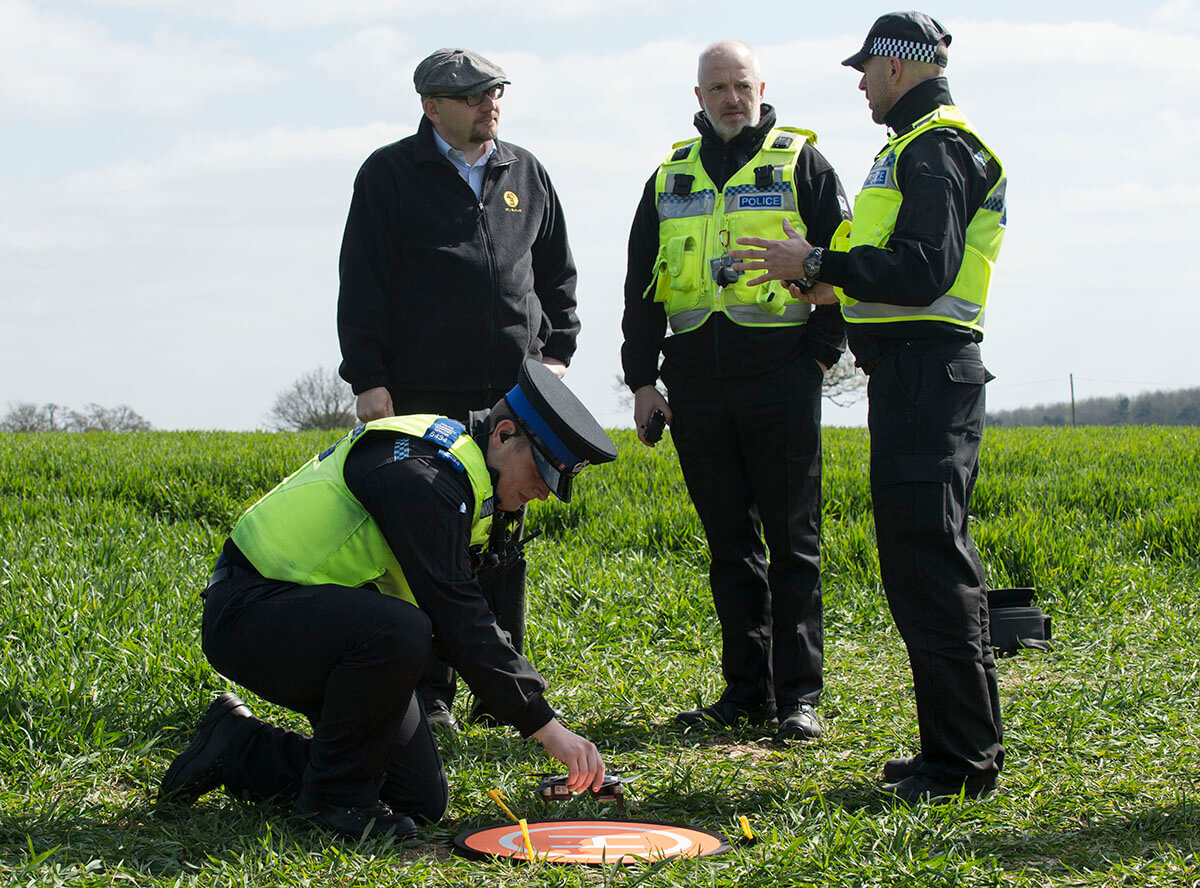 The app is free for the public and emergency services but it is being used by firms such as Dominos pizza and Mercedes.
Fly-tipping, anti-social motorcycle riding, dogs off leads posing a danger to horse riders were issues which were also discussed.
Addressing the meeting Chief Constable Charlie Hall said:  “Our relationship with the rural community is really important to us and I value our Barn Meets. Policing any community is based on the relationship between the people and other agencies involved.
“We recognise at times how isolated people in rural communities can feel at time, but we recognise that you still suffer from crime.
“I am 100 per cent committed to neighbourhood policing with dedicated rural officers and this will continue.”
Fly-tipping, anti-social motorcycle riding and dogs off leads posing a danger to horse riders were issues which were also discussed.
Additional covert cameras are going to be deployed at crime hot spots around the area, plus there was a demonstration of drones that are being used to track offenders.
Mr Lloyd added: “Rural crime including hare coursing, fly tipping and machinery theft are often raised by businesses and residents.
“I have provided funding for extra officers plus other initiatives including covert cameras, dash cams and to money clean-up fly tipping.
“I will continue to listen to ensure those issues which the public consistently tell me of concern are listened to, and where appropriate, action is taken.”
ENDS
BACKGROUND:
A video showing how the Hertfordshire, Cambridgeshire and Bedfordshire forces are using the new technology