Rising police officer numbers and serious crime initiatives were outlined at the latest Hertfordshire Police and Crime Panel meeting.
Last night (April 11th) the Police and Crime Commissioner David Lloyd addressed issues that had arisen since the last PCP meeting in January.
He highlighted his meeting with the Prime Minister Theresa May at the Serious Youth Violence Summit and the £280,000 of funding he secured for an anti-knife crime initiative in the county.
At the two-hour public meeting at North Herts District Council offices in Letchworth, Mr Lloyd also covered the roll out of a fly tipping clean-up scheme and the opening of the joint JESIP Academy for training emergency services.
In addition he called for contributions from the public, the Panel and other organisations on what should be in his refreshed Community Safety and Criminal Justice Plan, which is due to be published later this year.
Mr Lloyd said: “Reflecting on the start of 2019 important and lasting projects and plans have been agreed or put into practice.
“Using extra money from the Council Tax precept rise I have instructed the Chief Constable to recruit an extra 75 police officers. When they are all in post it will take the establishment figure over 2,000 for the first time since 2011.
“Knife crime has been very much in the news, but put simply I do not want to see London’s knife crime travelling over in to Hertfordshire. 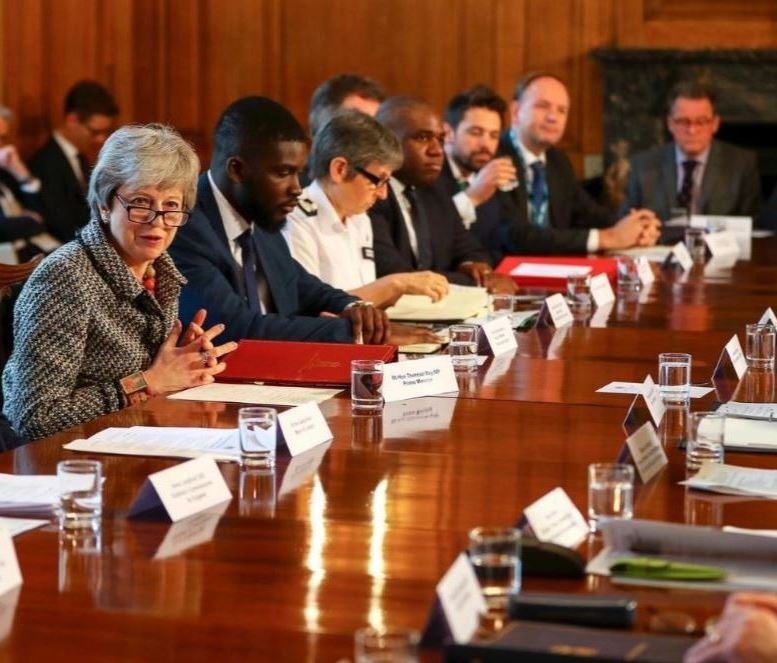 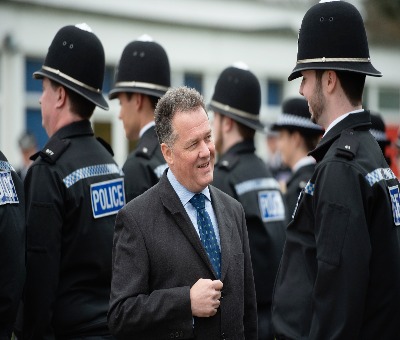 “Last week I was invited to 10 Downing Street to discuss with the Prime Minister and the Home Secretary at a round-table meeting how to tackle this issue.
“While knife crime remains very low in Hertfordshire, I am determined to get it ever lower. I have given a £140,000 Community Safety Grant, which has been matched by Hertfordshire County Council, to recruit additional youth project workers.
He added: “On a recent District Day visit in East Herts two huge fly tipping incidents in Barwick and Much Hadham involving 60 tonnes of waste. The scale and audacity of these crimes is shocking and there should be severe penalties for the offenders.
“I am glad to see that two more districts have joined the pilot where we will pay to clear up fly tipping on landowners’ property.
“Also last week saw the launch of my £25,000 Cyber Basics Review scheme to give small businesses a free security check to protect them against computer attacks.”

BACKGROUND:
The Hertfordshire Police and Crime Panel has been established to scrutinise and support the work of the Commissioner. The Commissioner is required to consult with the Panel on his plans for policing, as well as the precept (the money collected from council tax for policing) and certain key appointments. Broxbourne Borough Council is the host local authority for the Panel and provides administrative and other support to the Panel and its members.