Supporting domestic abuse victims and witnesses through the criminal justice system were a key focus at this year’s Hertfordshire Criminal Justice Board meeting in public.

For the second year running Hertfordshire’s Police and Crime Commissioner David Lloyd, who chairs the board, invited residents to a special open session.
Speakers included a man who was almost battered to death with a champagne bottle by his partner and a charity that received funding from the PCC’s Innovation Fund to identify criminality connected to problem gambling. 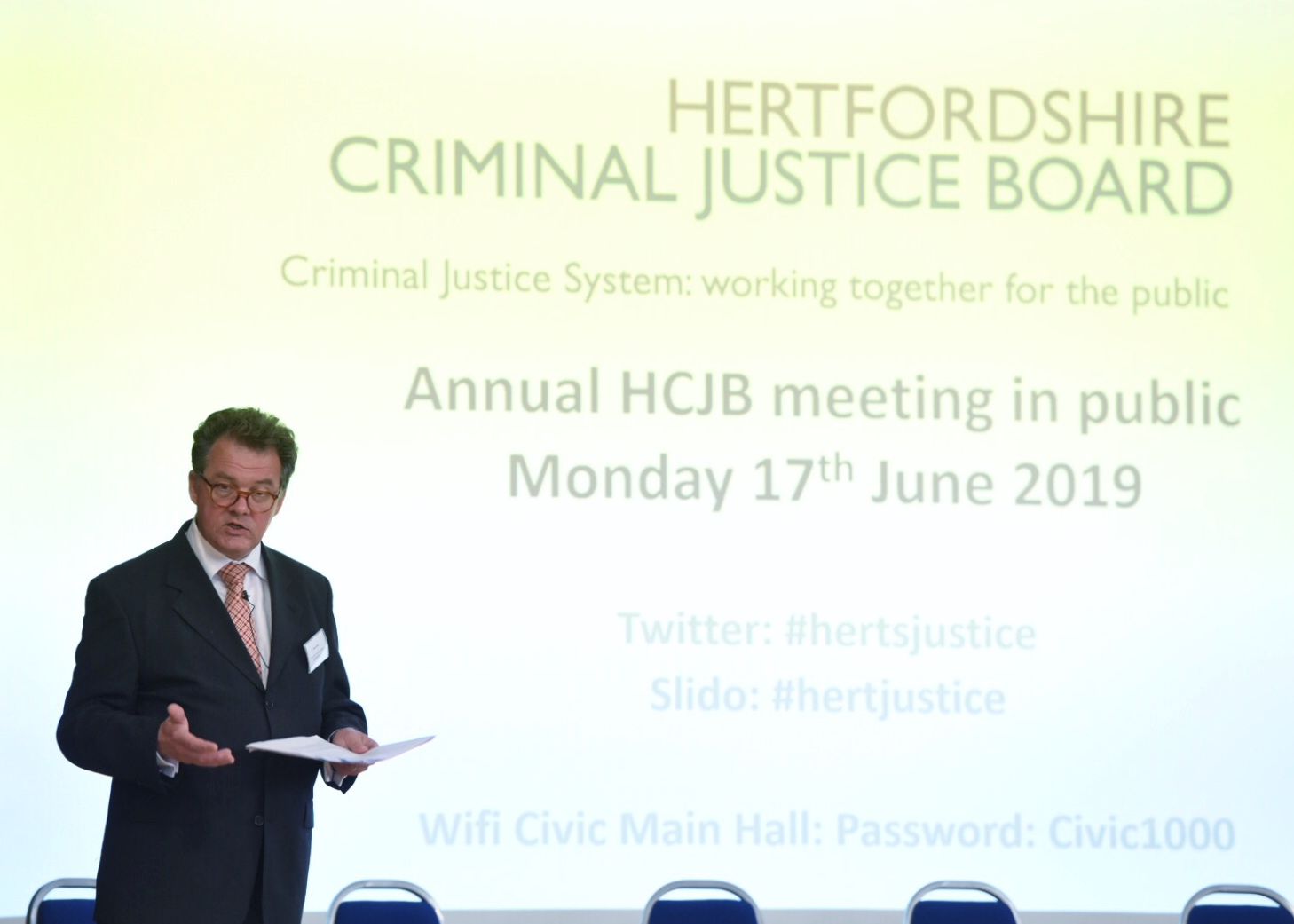 Opening the event Mr Lloyd said: “As your elected PCC, I’m always keen to hear your views and find ways to bring about the same level of democratic engagement that we have in policing into other public services.

“That is why I have been at the forefront of supporting holding an annual criminal justice board meeting in public so that it gives you an opportunity to hear first-hand some of the challenges in how the criminal justice system is working. 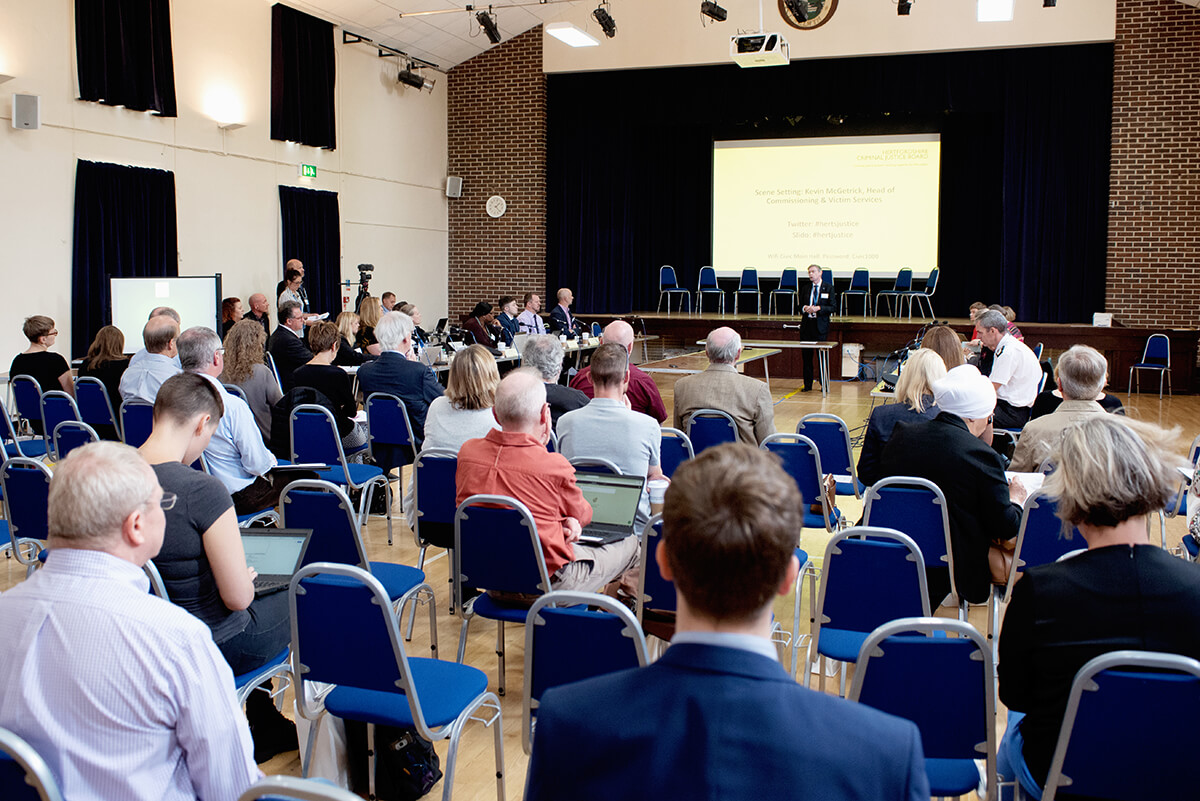 “We all must continue to look at how we work together to deliver services that are efficient and effective, that improve the quality of justice and lead to better outcomes for victims, witnesses and those accused.

“While we’ve already made great strides in improving the way in which victims are treated in the immediate aftermath of a crime and during the investigation, sadly things often go less well with victims come into contact with courts and the wider criminal justice system. The way the system is run doesn’t take into account victim and witnesses entire journey from the crime being committed to the court case and aftercare support.”

Next the panel and audience were given a series of talks of how victims enter and progress through the criminal justice system and support that is available through Beacon, Hertfordshire’s Victim Care Centre.
Emma Jones from Catch-22, the service providers of Beacon, told how they would help victims even if the crime had not been reported to the police. 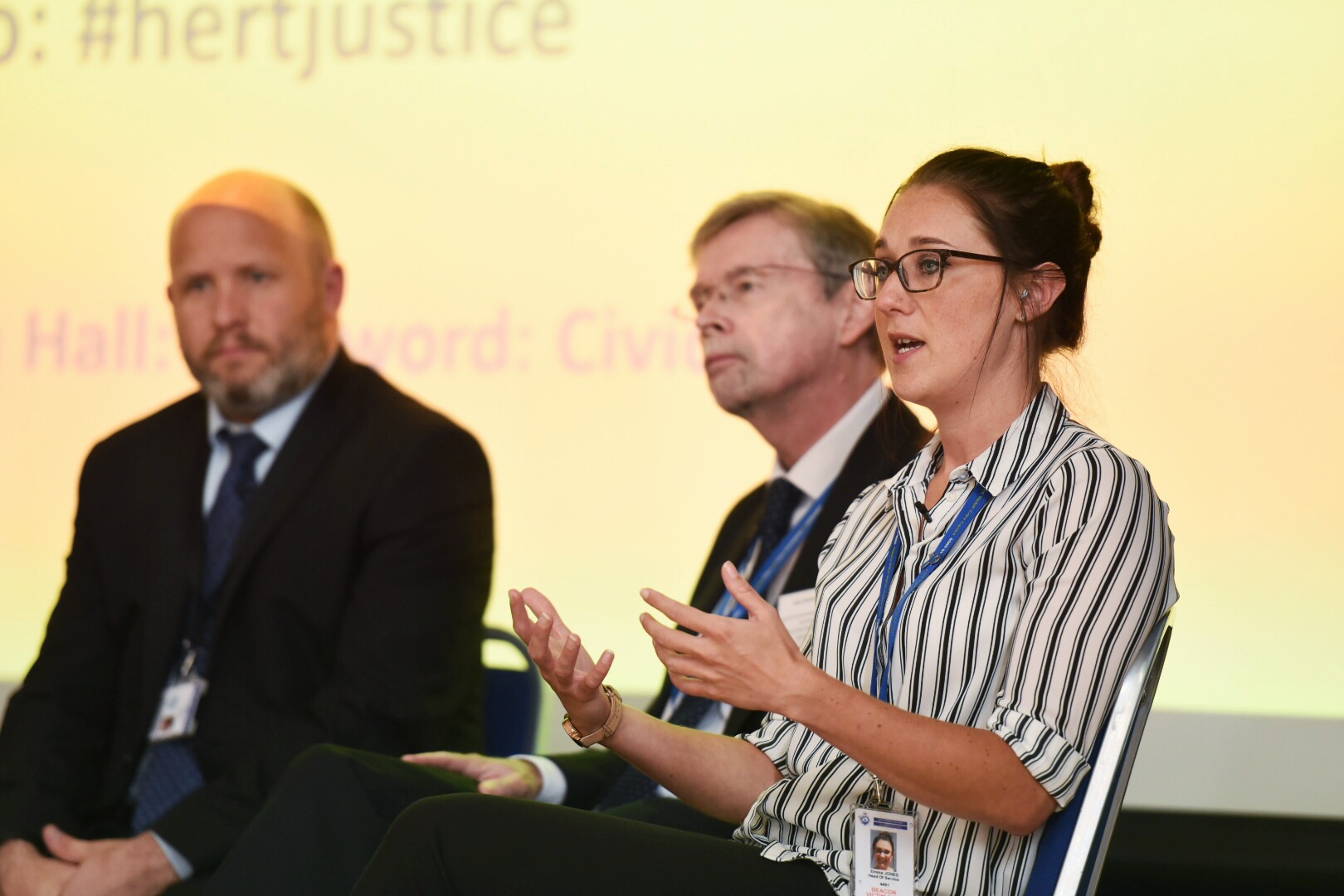 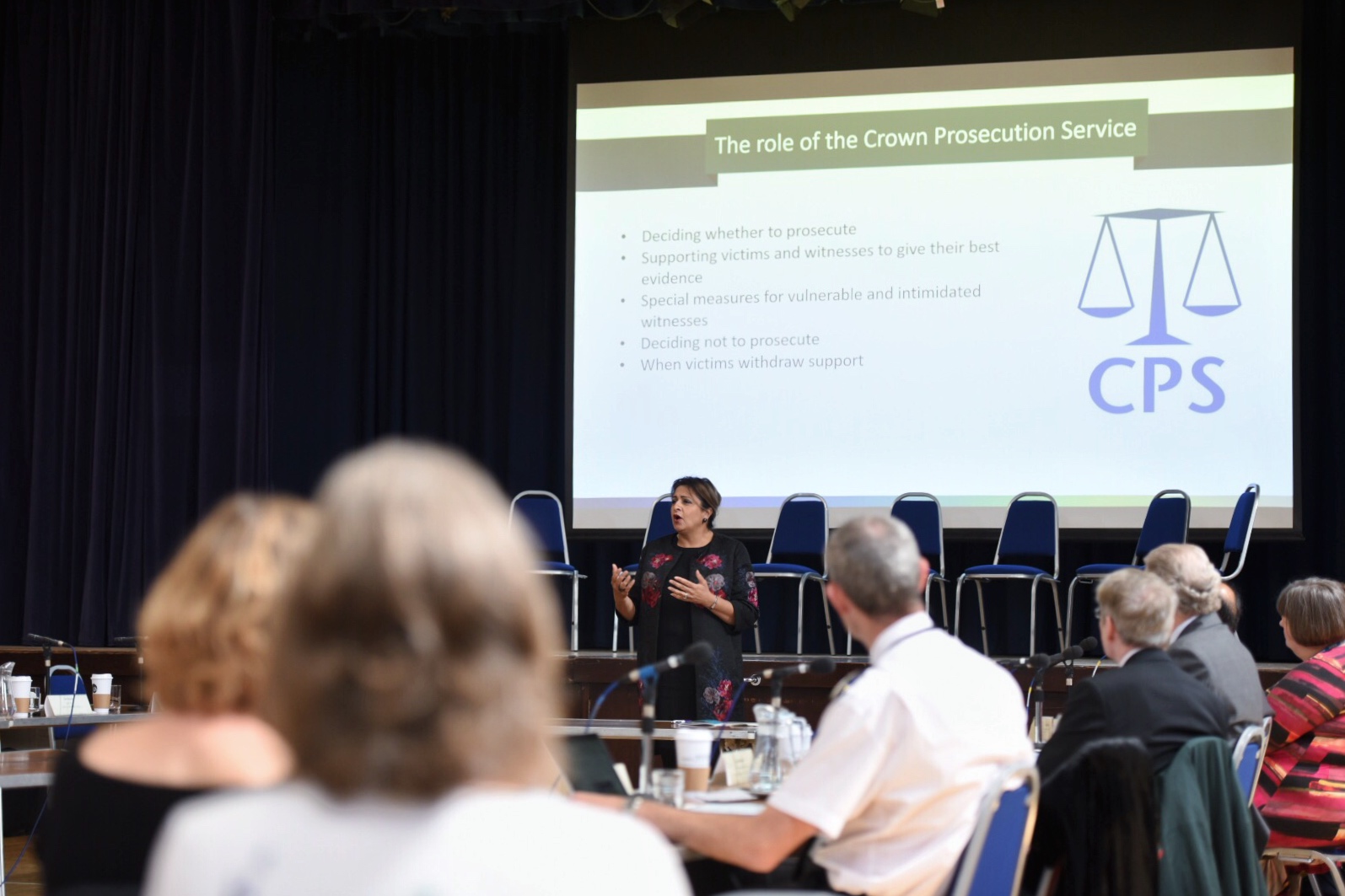 Then Kris explained how he had been supported through the criminal process after he was attacked by his partner. He was in surgery for eight hours after being hit repeatedly with a bottle.

“I am a survivor of domestic abuse after my partner of ten years was arrested for attempted murder. He bludgeoned me around the head with a champagne bottle. He was later jailed for six years for GBH.”

Jaswant Narwal told the audience: “Kris is a reminder that we are working with people to try and get justice. We are independent of the police and other bodies and our role is to apply the law and present a case to the court.

Later the meeting was given an update on an investment from the Commissioner’s Criminal Justice Innovation Fund, which uses money confiscated from criminals to help victims and support crime prevention. 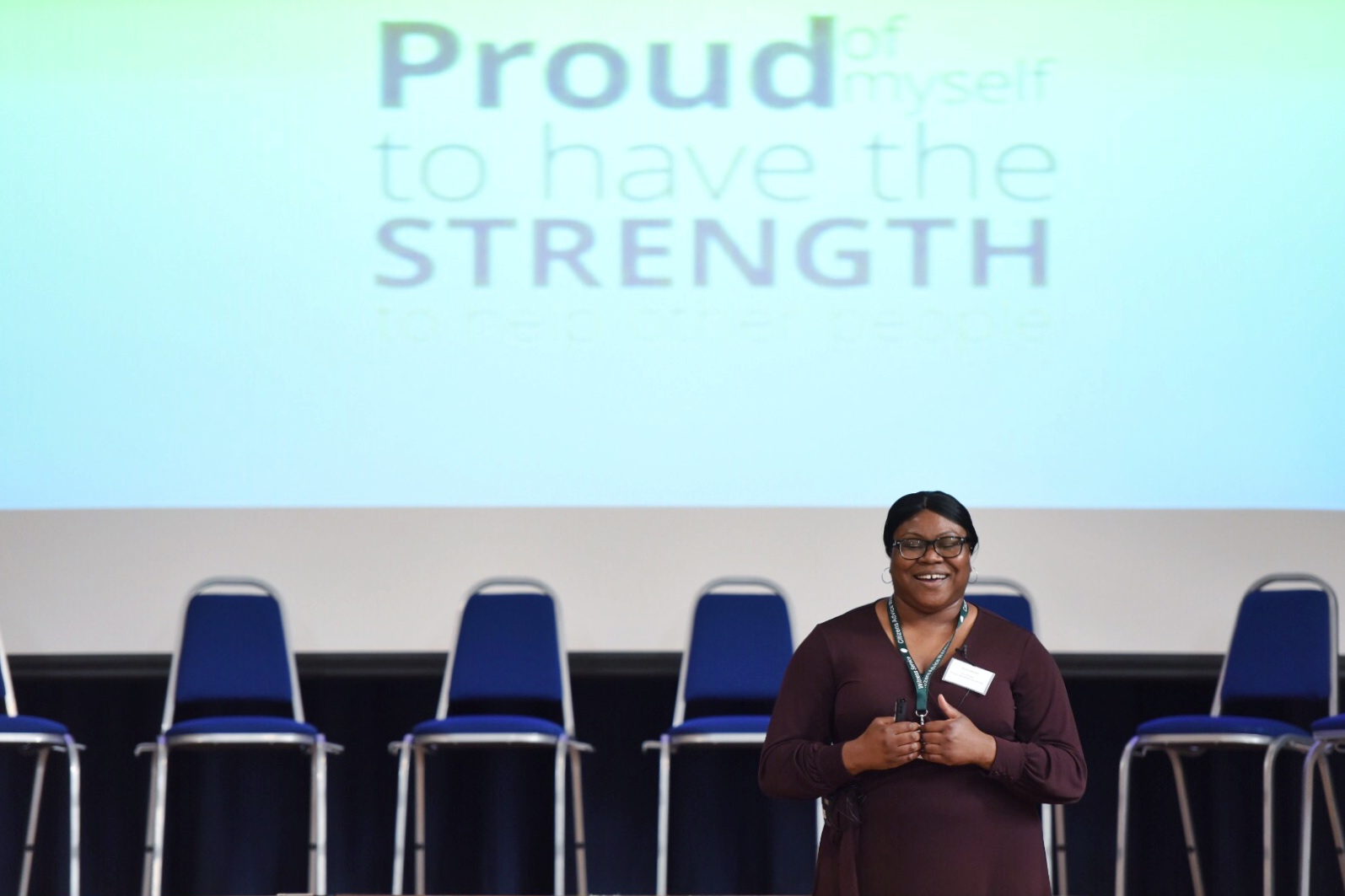 A year ago funding was awarded to GamCare to research the effect problem gambling is having on fuelling criminality and the impact on families.
During the discussion the audience heard how “gambling is as destructive as drugs” and how it is linked to crimes including fraud and criminal damage.

This is the second year a Board meeting has been held in public after 70 members of the public attended the inaugural one at St Albans City and District offices last July.
Please visit www.hertscommissioner.org/herts-cjb for more details about the Board's work.