Domestic violence victims in rural communities across Hertfordshire are being urged to seek help.

Those who live in the countryside and are being abused by their partners stay longer with them, for an average of three years before seeking help, compared to 2.6 years in urban areas.

Victims are also half as likely to report their suffering as those living in towns and cities. The figures come from a recent report from the National Rural Crime Network (NRCN).

Hertfordshire Police and Crime Commissioner David Lloyd is a founding member of the NRCN, and is urging those in need to get the help they need.

Mr Lloyd said: "The majority of our county consists of rural areas and I am aware how isolated rural victims can feel. This report is clear – domestic abuse is hidden under our noses, hidden by abusers who like to keep it that way and on a scale of abuse hitherto unseen. 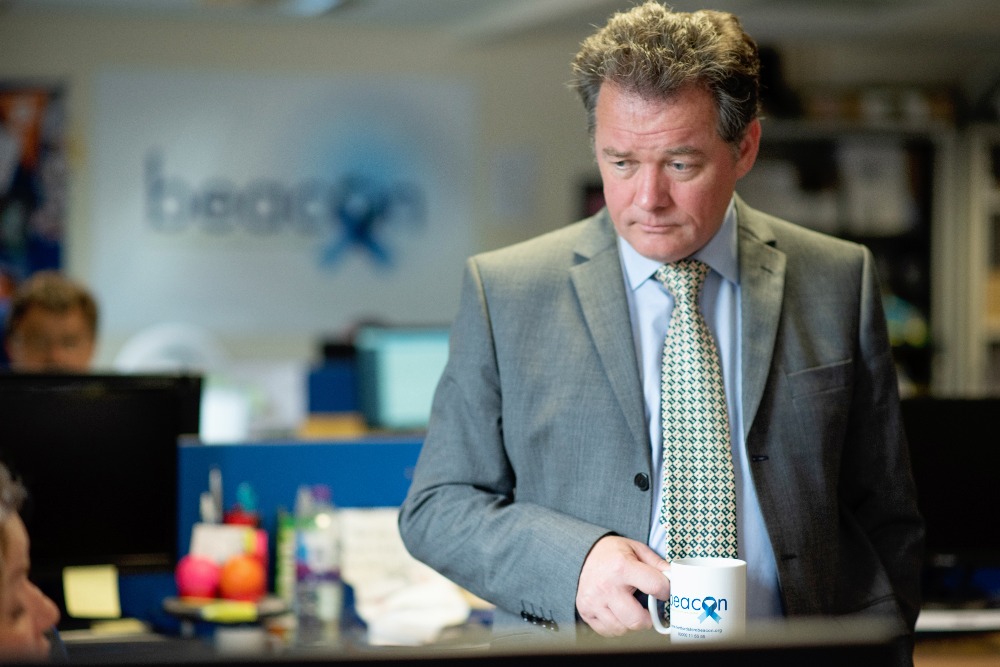 "All parties have a duty to help victims; the police, support services, charities, Police and Crime Commissioners, health services and many others.

"Victims and improving services for them remain at the core of what I stand for. Our flagship Beacon victims centre is available to any resident in an abusive relationship to contact and get help.

"It is totally confidential, there are trained advisers available in person, on the phone or via the website. You do not need to have filed a police complaint or intend to do so to access the service.

"Also anyone concerned about abuse can contact the Hertfordshire Domestic Abuse Helpline where anonymity is also assured."

Research for the report took place over 18-months across the country with 67 victims taking part and gave their accounts of their abuse, its impact and how it was dealt with.

The study analysed available evidence, spoke in depth to victims of abuse, assessed local support services and looked at the approach of the police.

Among the key conclusions:

•          Domestic abuse lasts, on average, 25% longer in most rural areas – the report finds that exiting abuse is harder, takes longer and is more complex for rural victims as there are significant additional barriers in rural communities compared to urban areas.

•          Rurality and isolation are used as a weapon by abusers - with evidence that abusers specifically move victims to rural settings to further isolate them, or systematically use the isolation to their advantage should they already be there. It not only facilitates abusers controlling their victims whilst in the relationship but makes it harder for victims to escape that abuse. Physical isolation is the arguably the best weapon an abuser has; and has a profound impact on making the victim feel quite literally captive.

•          Close-knit rural communities facilitate abuse - strong community spirit is one of the joys of rural life, but it can be equally powerful in keeping domestic abuse hidden and in facilitating abuse – not knowingly, not willingly, but by virtue of the way communities are in rural Britain.

“I have spoken to many people about the emerging themes and everyone has nodded and said, yes we know there is domestic abuse in rural areas, yes we know there are problems for victims. This report must surely be a catalyst to help us better protect the women, children and men in rural communities who suffer daily at the hands of calculating, manipulating, controlling and violent abusers.”

The National Rural Crime Network has issued six recommendations including Chief Constables to assess and improve their service provision in rural areas  and for the communities to challenge the status quo and societal ‘norms’ in rural communities to redress inequality between women and men.

All ten conclusions, and the full research which led to them, can be found at www.ruralabuse.co.uk.

The Hertfordshire Domestic Abuse Helpline is a registered charity: https://www.hertsdomesticabusehelpline.org or call 08 088 088 088

The National Rural Crime Network is working to see greater recognition and understanding of the problems and impact of crime in rural areas so more can be done to keep people safe and make them feel safe too.

Established in July 2014, the Network is supported by 30 Police and Crime Commissioners and police forces across England and Wales.

In addition to PCCs and the police, the Network is supported by a wide range of other bodies with a deep interest in community safety and rural affairs. These include the Country Land and Business Association, the National Farmers Union, Neighbourhood Watch, Crimestoppers, Historic England and the Countryside Alliance.

Together, these members and supporters represent millions of people and as such the Network is uniquely placed to champion the needs of rural communities.