Extra officers in North Herts are being used to tackle anti-social behaviour and turn youngsters away from crime with football.

Hertfordshire Police and Crime Commissioner David Lloyd visited Hitchin and Letchworth this week to see how the money raised from the Council Tax precept rise in being used.

He visited Chief Inspector Sally Phillips to talk about the demands in her district, went on patrol in Hitchin and met the Council Leader. 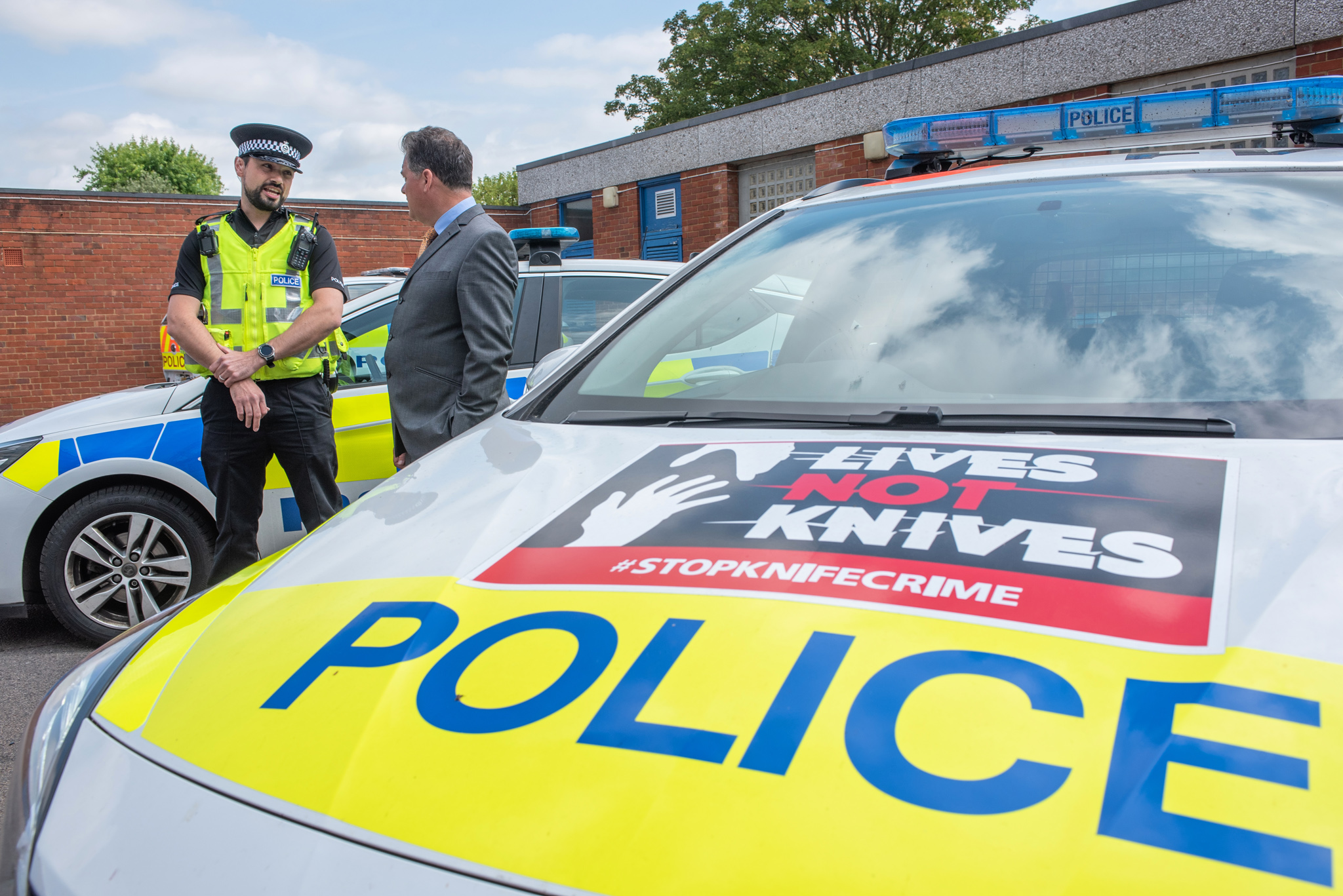 On Monday (July 8th) He also attended a meeting at the Hertfordshire Football Association HQ in Letchworth so discuss their partnership work with officers from the CYP Gangs and Schools unit.

David Lloyd said: “It has been a very useful day, it is essential that I get out on the ground in every part of the county. Although there are common themes, different districts do have some specific issues and policing needs. 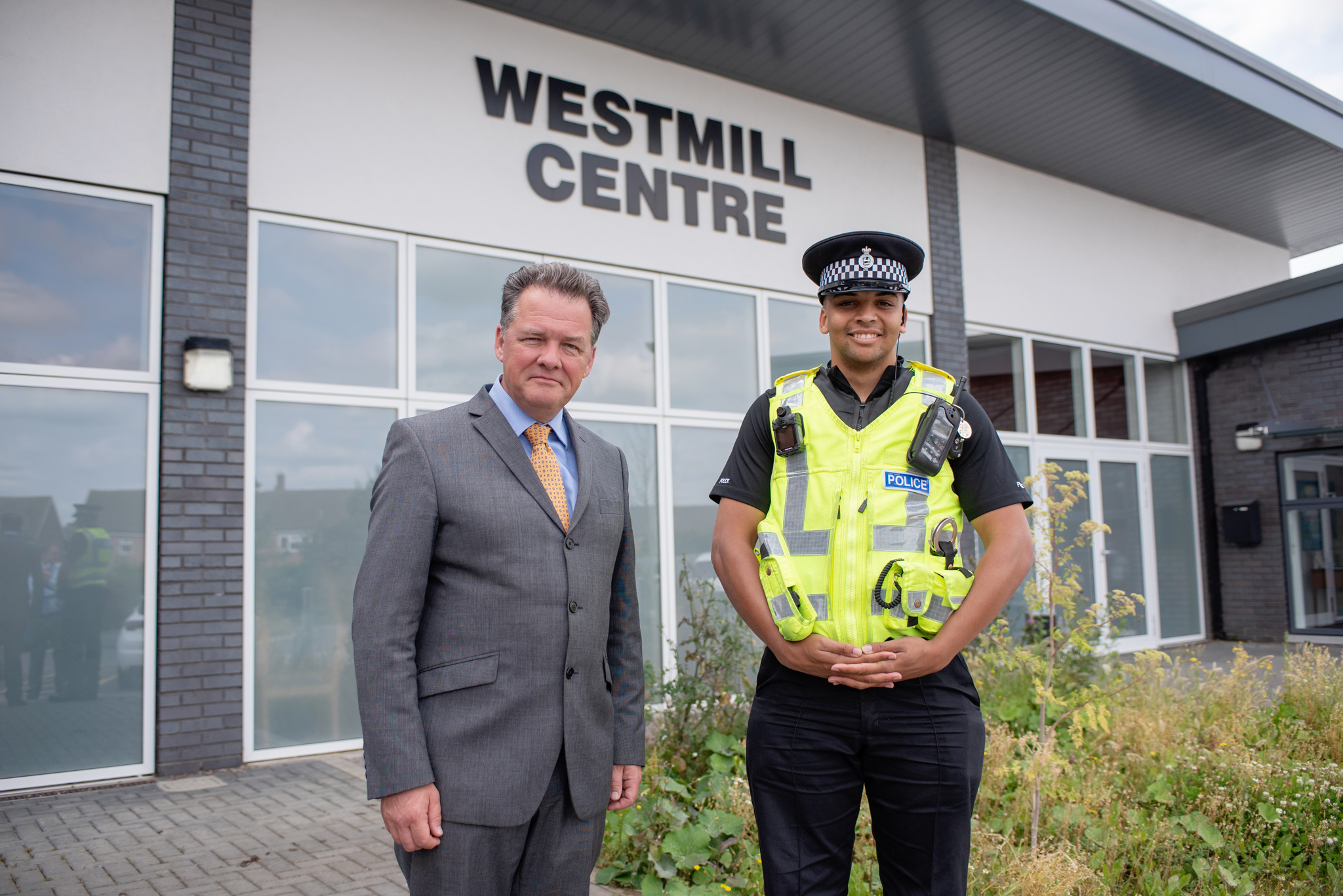 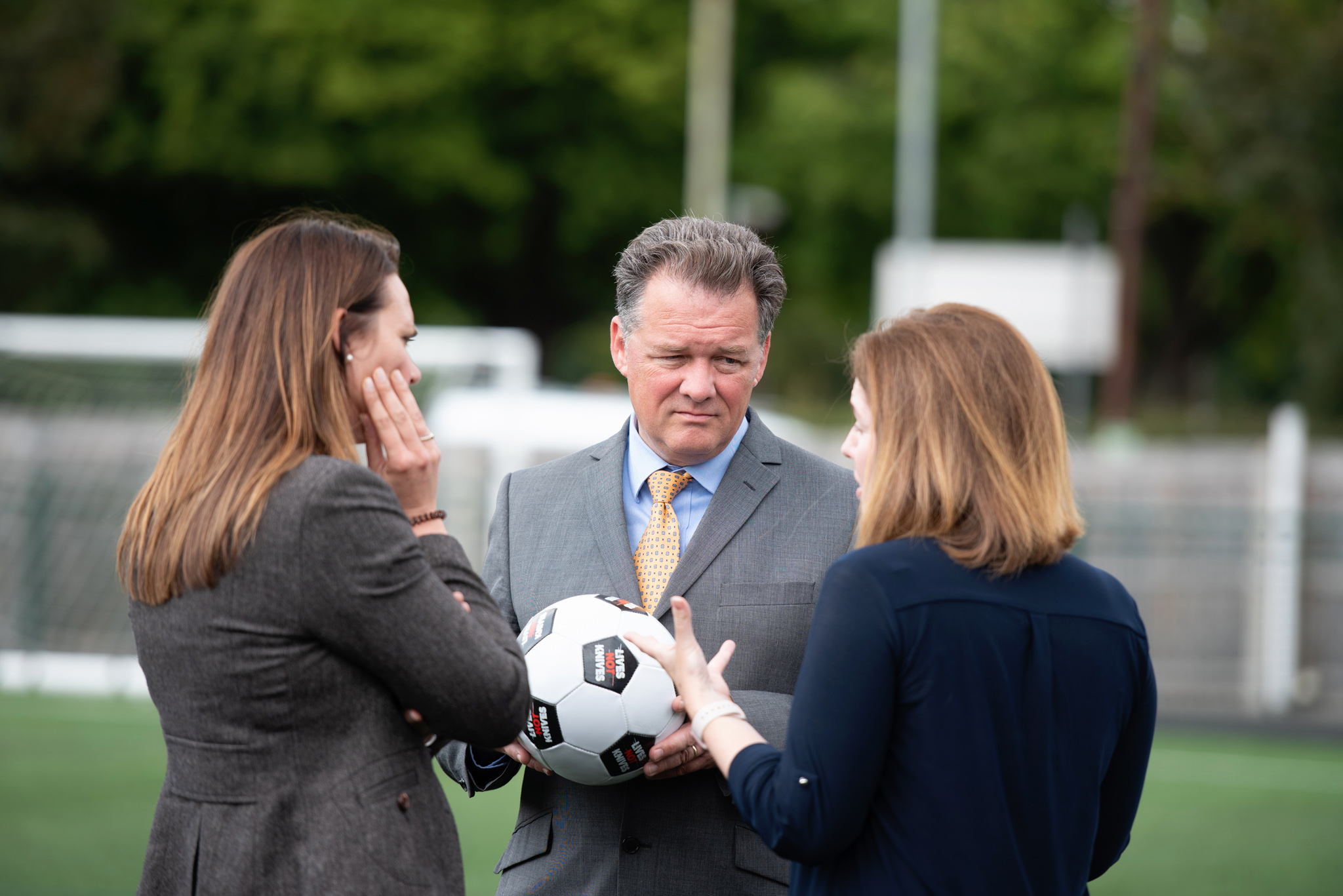 “It is heartening to see the extra officers are making a difference and the great work that is being done on everything from anti-social behaviour to knife crime.

“Although North Herts is a very safe area we cannot be complacent or ignore the threat of travelling crime from County Lines and neighbouring areas.”

Chief Inspector Phillips, who is based at Hitchin Police Station, said: “I have been in post here since January and seeing extra officers joining us has been fantastic.

“We are seeing the benefits helping us better cover the demand.

“They have also gone into the Scorpion team who deal with high risk criminals and carry out proactive policing. This enables us to have get ahead of the game in terms of preventing crimes before they happen.”

Mr Lloyd met two of the new recruits PC Robin Banerjee who is on the fast-track detective scheme and PC Courtney Ferguson who is specialising in neighbourhood policing. 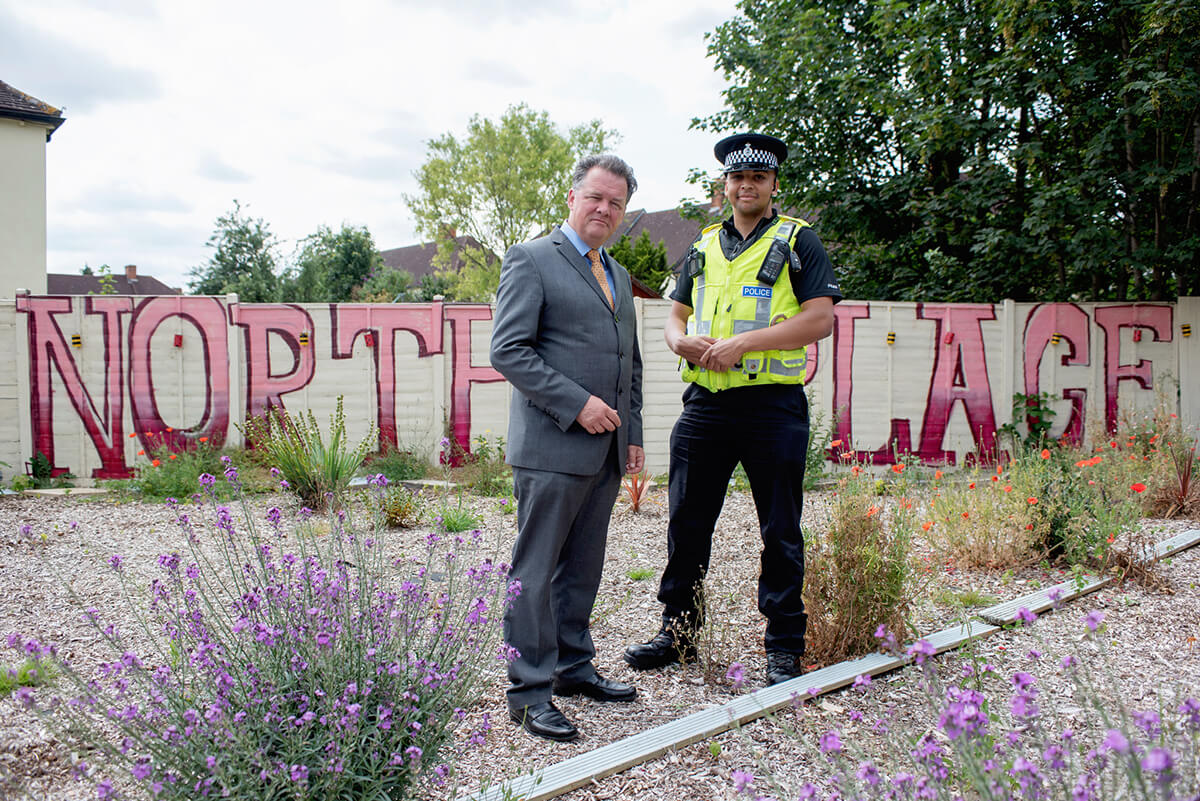 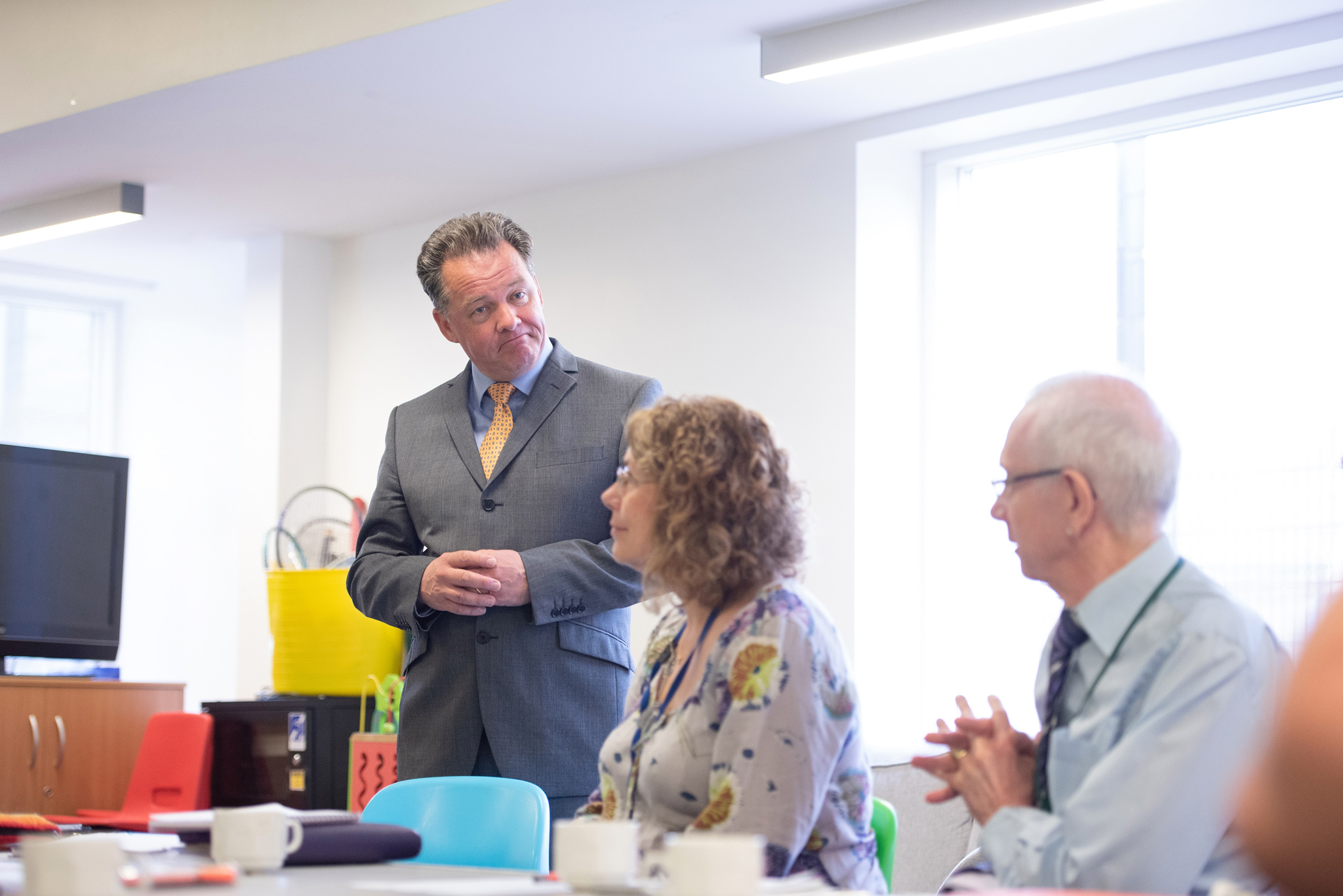 PC Ferguson will be covering the Westmill area for two years, identifying the problems and working on resolving them with the residents.

He took Mr Lloyd to the Westmill Community Centre where he is organising a FIFA computer football tournament and the North Place gardens which were renovated as part of a community project.

Next up was a meeting at the Hertfordshire Football Association headquarters at The County Ground, in Letchworth, with Chief Executive Karl Lingham and Richard Drake, Designated Safeguarding Officer. 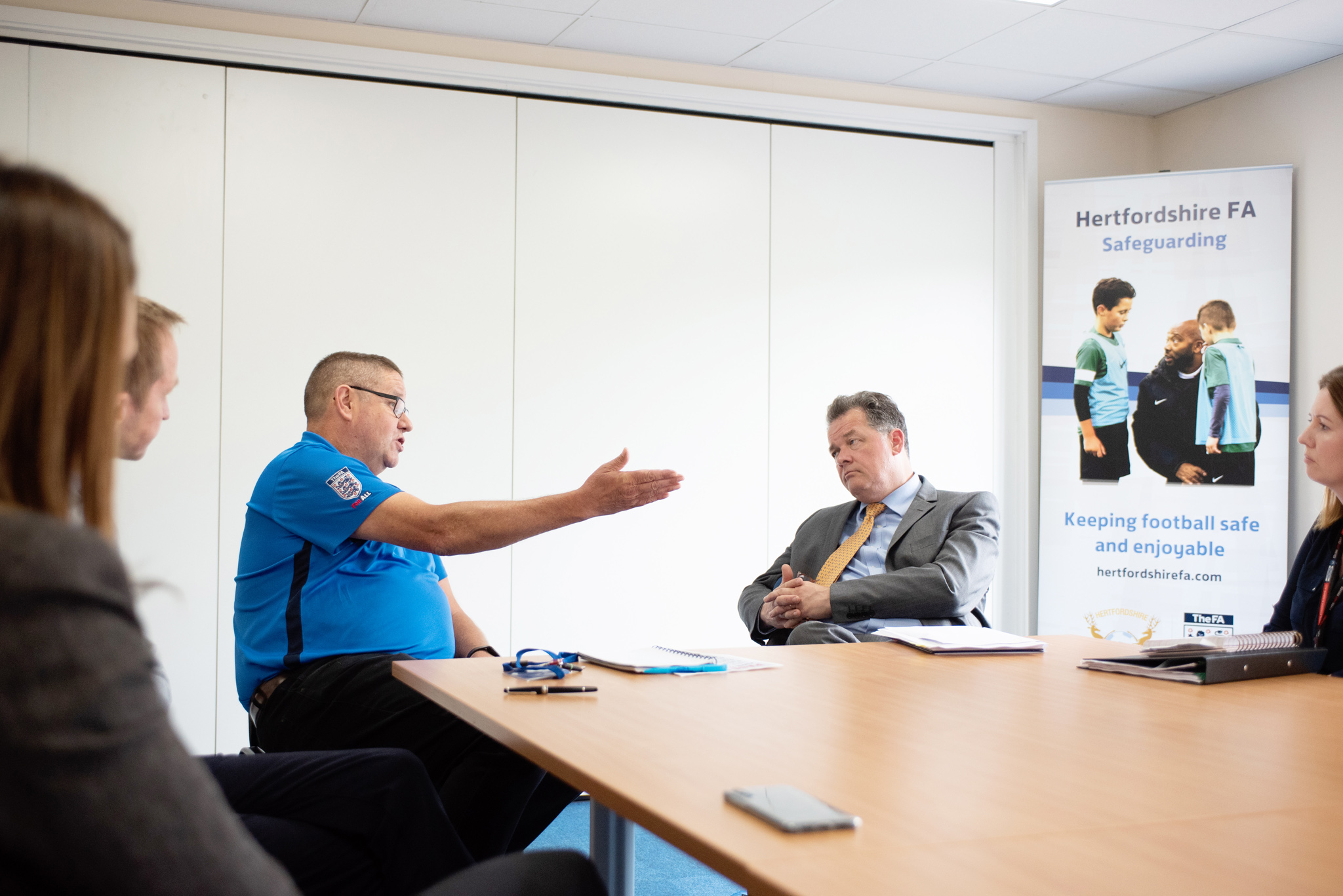 They are working with Det Insp Anna Borella and Sgt Helen Croughton from the Children and Young Person Gangs and Schools Team on the Lives Not Knifes campaign.

Earlier this year Mr Lloyd made additional investment in the CYP team for more officers to work in schools with young people to address serious violence.

DI Borella said: “There have been successes, we have engaged with 240 children and young people who have been referred to us. Many of these are at the top end of the risk scale of being or becoming involved in county lines.

“There is a huge link between school exclusion and those that follow this path. Often football is one of the only things in their lives that is constant when everything else is chaotic.”

Karl added: “We work with 25,000 youngsters across Hertfordshire and some of our clubs are bigger than any schools.”

“Our coaches do everything we can to work with the police to safeguard our players and if they are aware of any issues then it is reported.

“Football is a very good way to get through to children who are disengaged from society, whether is it through our pro clubs like Watford or Stevenage or the village clubs.”