The £2.5m modernisation of Hemel Hempstead police station is due to be completed in the autumn.

Hertfordshire Police and Crime Commissioner David Lloyd visited the site in Coombe Street earlier this month to check on progress.

Mr Lloyd agreed funding for the project in 2017 to make the station the strategic policing base for Dacorum.

Extensive renovation of the 60 year old building was required as much of the space and services were no longer fit for purpose.
After inspecting the work Mr Lloyd said: “It is great to see this work is almost finished, it will greatly improve the working conditions and facilities for officers, staff and members of the public.

“Residents in Hemel Hempstead wanted to keep an operational police station in the centre of the town and this investment has guaranteed that.

“I look forward to coming back in a few months’ time for the official opening at the end of October.” 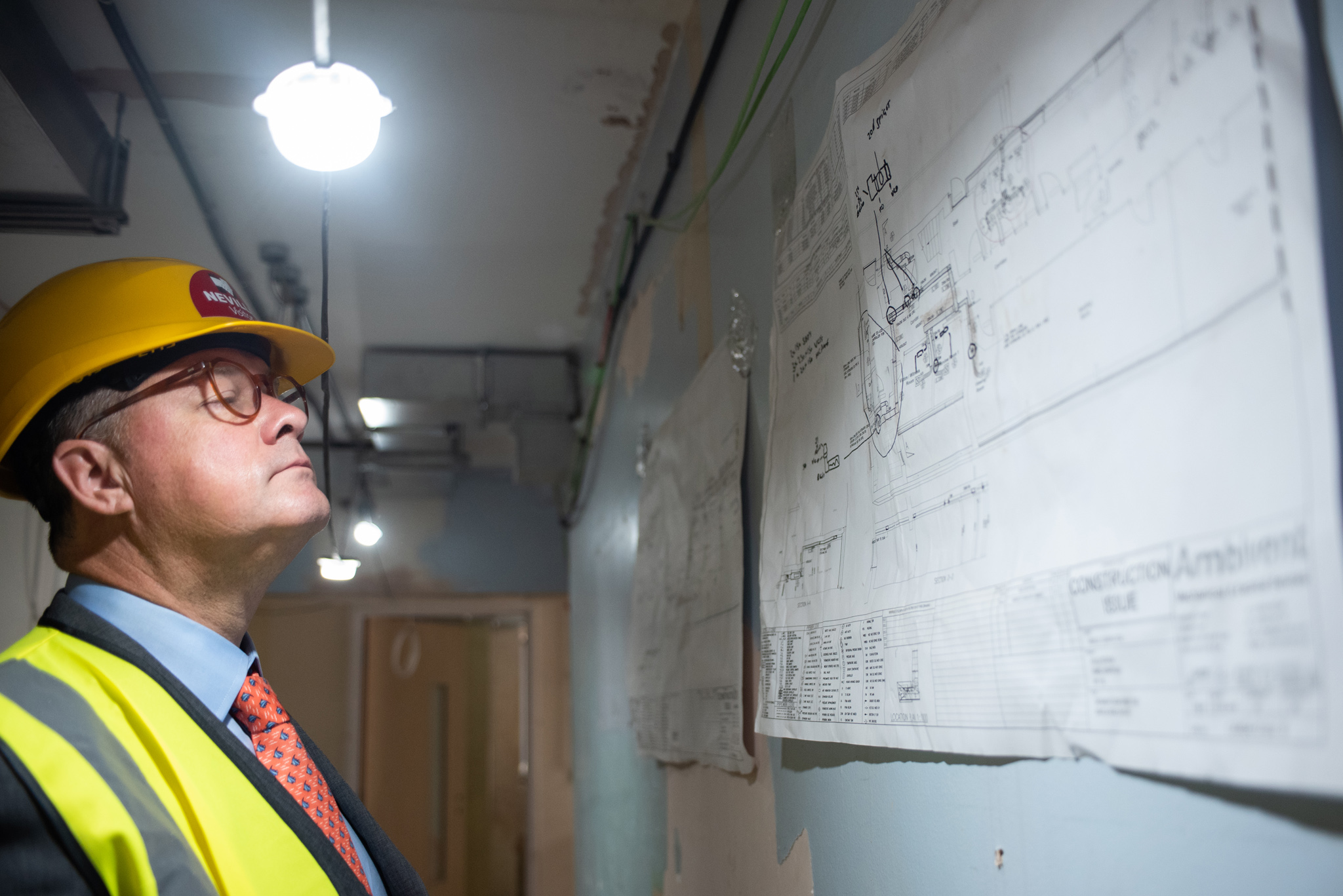 The building was in need of extensive work including a new roof, façade, windows, heating and electrical systems. New internal offices, public spaces and interview rooms have also been created or given extensive renovation. 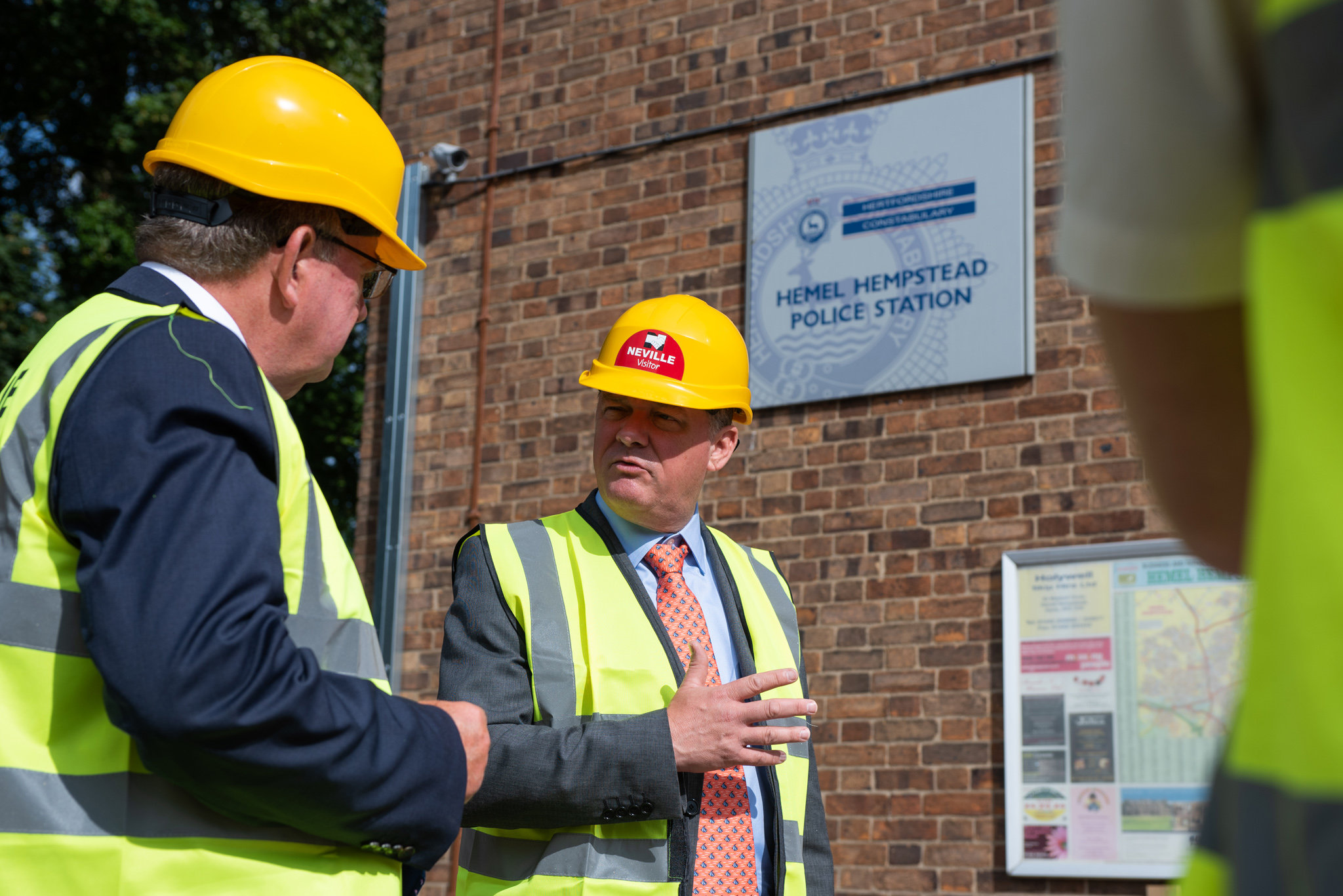 While the yearlong project has been underway the station has remained fully operational from temporary cabins over two floors on the site. The public have still been able to attend appointments.
During the visit Mr Lloyd also met with three new PCs who have joined Hertfordshire Constabulary as it reaches is highest level of officers since 2011.

All are based in the Dacorum Community Safety Partnership unit Thomas Lockley, Kenia James and Chloe Bonass spoke to Mr Lloyd about their experiences so far.