Land owners and farmers in Dacorum who are the victims of fly tipping can now apply to have the rubbish cleared up for free.

Dacorum District Council have joined the scheme set up by David Lloyd, the Police and Crime Commissioner for Hertfordshire for those whose green and open spaces have been contaminated.

The clean-up operations are paid for by the PCC using a £20,000 fund that was generated by the Proceeds of Crime Act (POCA). This is money that has been confiscated from criminals and is put back into crime fighting and victim initiatives. 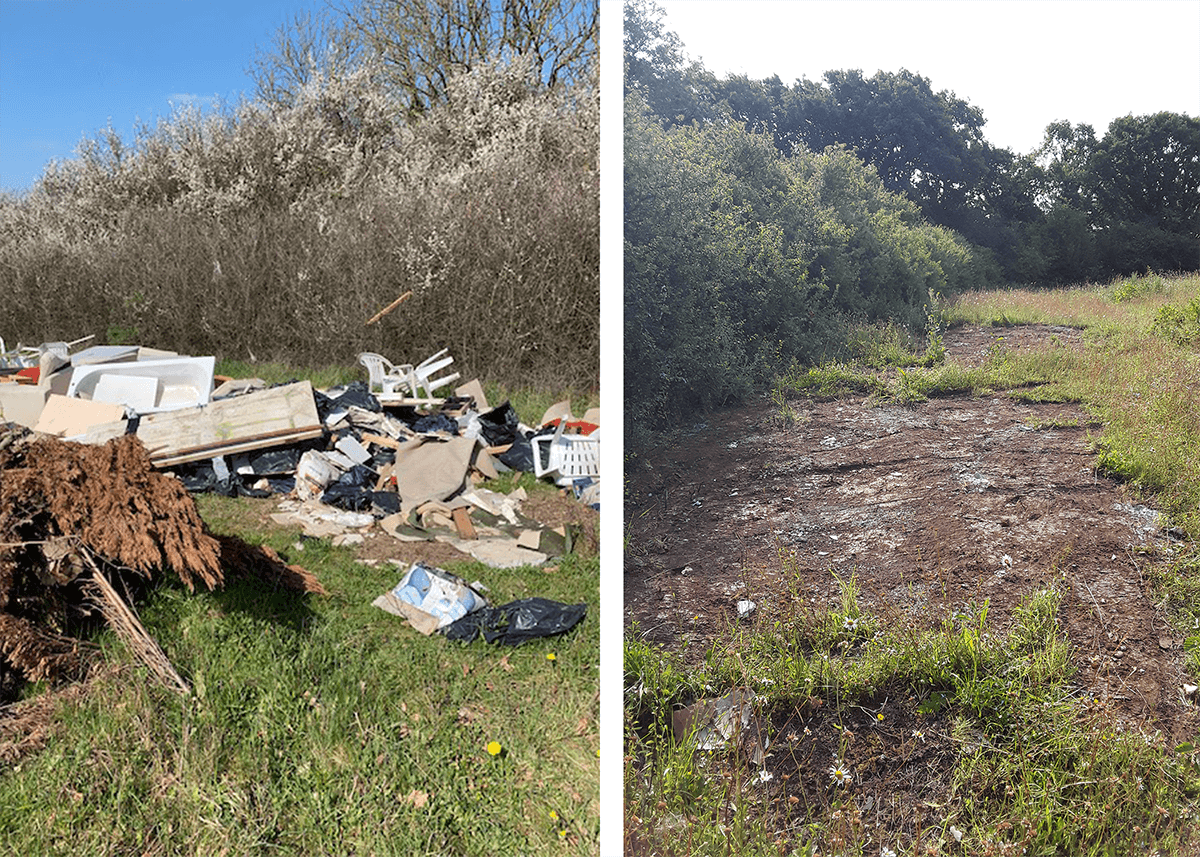 Hertfordshire Police and Crime Commissioner David Lloyd said: “Most of the councils have now joined the scheme which shows how committed all parties are to tackling fly tipping.

“It is a serious crime and it has a significant impact on our community. It blights the countryside and causes substantial costs for farmers and landowners to clear the waste and poses a danger to livestock and wildlife.

“I do not believe it is fair that farmers and landowners are left to pick up a bill, which can run in to thousands of pounds, because someone else has fly tipped on their property.

“Our relentless drive to support bringing offenders to justice by funding enforcement measures, making improvements to security and educating the public on responsible waste disposal, saw a 17.9 per cent drop in fly tipping across Hertfordshire.

“As part of my Community Safety and Criminal Justice Plan I pledged to investigate the potential of using money recovered from criminals to be put to good use in this way.

Cllr Alan Anderson, Portfolio Holder for Environmental Services, said: "Dacorum Borough Council are delighted to be part of the PCC's fly tipping on private land fund. Our borough covers a significant area of rurality which suffers from fly tipping on the land.

“This costs a great deal of money for private land owners and farmers to clear. Whilst the Environmental Enforcement Officers are always willing to visit these fly tips to look for evidence for prosecution, we have been unable to offer assistance with clearing the fly tip, up until now.

“This will also help with intelligence gathering as we can share this information across the borough with our colleagues in the Hertfordshire Fly Tipping Group".

Anyone interested in making a claim or finding out more information can contact Dacorum’s enforcement team at environmentalenforcementofficers@dacorum.gov.uk or by phoning 01442 228000.

The Hertfordshire Fly Tipping Group is a multi-agency taskforce including the Boroughs, Districts and County Council as well as the Police, Office of the Police and Crime Commissioner, Herts Fire & Rescue, the Environment Agency, the National Farmers Union and Keep Britain Tidy which has come together to improve how Hertfordshire responds to fly tipping.