Groups with innovative ideas on how to improve safety on Hertfordshire’s 4,000 miles of roads are encouraged to apply for funding.

Over the last three years the Police and Crime Commissioner David Lloyd’s Road Safety Fund has given out over £1m for more than 60 schemes to reduce traffic casualties.

Now Mr Lloyd has launched the fourth year of the scheme, which is funded from court costs and fees paid by motorists attending speed awareness courses. 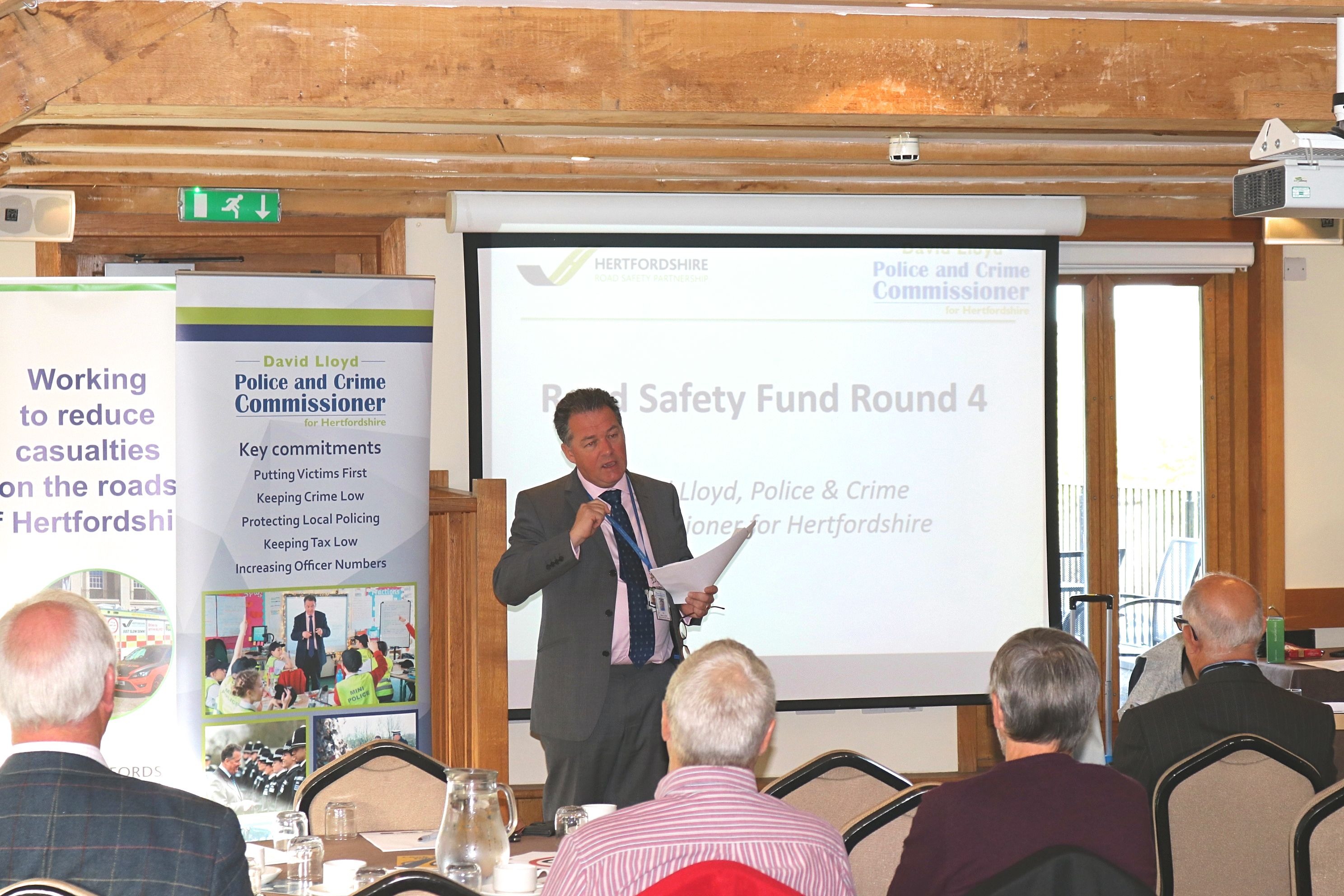 Successful previous applications have included the speed indicator signs in villages and a project to support families affected by a fatal accident.

“It is funded by people who have transgressed speed limits, but the Fund is not about further punishing the motorist but educating them to protect all road users.

“It is not used to fund more speed cameras to raise more money, we are looking for ideas to raise awareness and correct dangerous behaviour.”

He highlighted two ideas from the latest Police and Crime Plan. Lorry Watch to target large vehicles which are banned from certain smaller roads and a new speed camera safety van to send out advisory notices at hot spots around the county.

On Hertfordshire’s 4,000 miles of roads last year 26 people were killed, 2,881 injured including 418 with serious injuries.

Particularly vulnerable road users include cyclists, motorcyclists, those aged between 17-24 and pensioners.

The Road Safety Fund is now open for bids and will close on Friday 8th November 8th at midnight. More details about the fund can be found on the PCC’s website: www.hertscommissioner.org/road-safety-fund