A Hertfordshire resident whose family business was close to collapse after a conman stole £23,000 got her money back thanks to new anti-fraud team.

Earlier this year Hertfordshire Police and Crime Commissioner David Lloyd funded the Beacon Fraud Hub project with four specialist members of staff to help tackle one of the highest crime types in the county.

It contacts every fraud victim in county to offered support and advice, and is the first enhanced scheme of its type for victims in England and Wales.

One of those contacted was Karen Oak, from Stevenage, who was got all her lost money reimbursed by her bank after advice from one of the workers.

She is now raising awareness of the cons out there to help prevent others falling victim to a scam.

In August she received a call from somebody claiming to be from her TSB bank, who told her that her personal account had been breached. 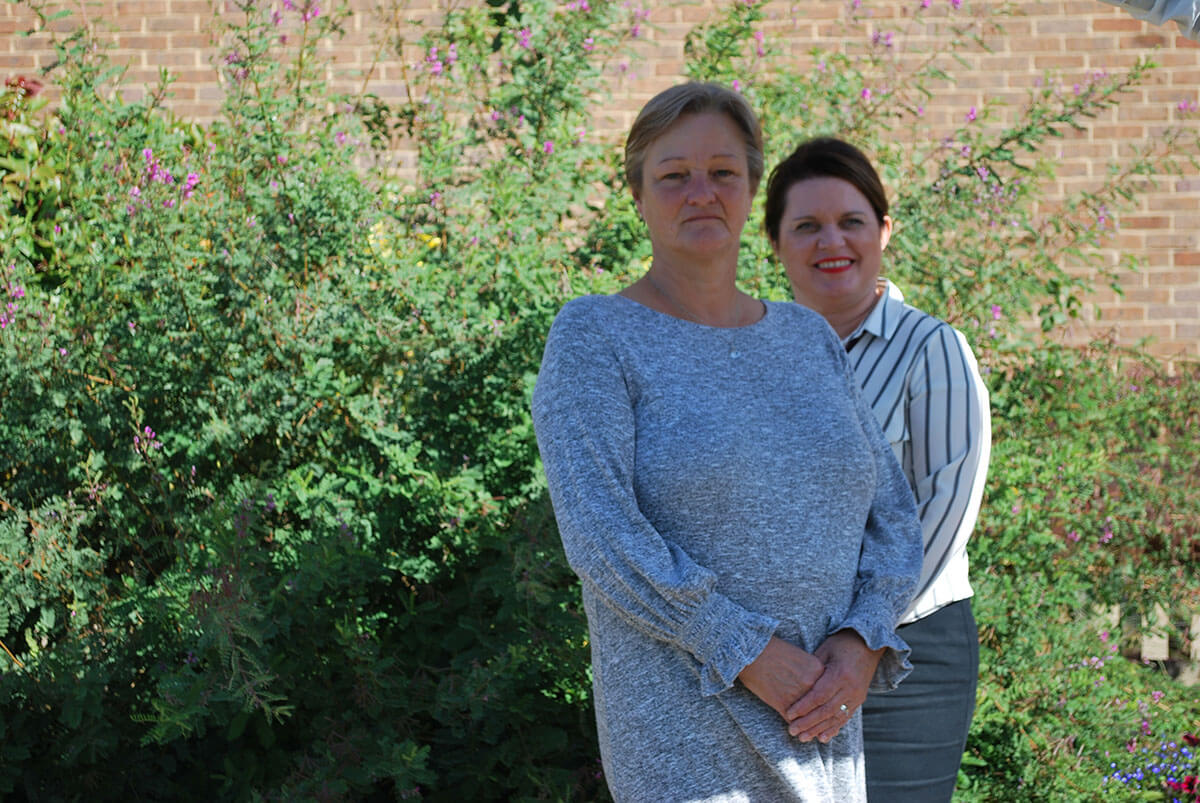 Karen, 57, said: "The number that came up on my phone was my bank's number, so that gave me reassurance.

"He asked me to do some security checks and I asked him to do the same. I asked him if I had any standing orders and he told me what they were. I don't know how he knew that."

When asked, Karen confirmed she also has accounts with Barclays bank, so he offered to look into the full extent of the infiltration and rang off.

Karen said: "I waited 20 minutes and a man saying he was from Barclays called. I was told three out of my four accounts had been breached.

"He was very chatty, knew a lot about my accounts, and even chatted about the high level of fraud these days. He got me to open three new accounts and transfer money."

It wasn't until Karen went into a Barclays branch the next day that she realised she had been conned, with £500 stolen from her personal account and £22,500 from the business accounts.

While her banks investigated, Karen couldn't eat or sleep and was physically sick with worry.

On advice from Victim Fraud Case Manager Elaine Crate at the Fraud Hub, Karen wrote to Barclays' Chief Executive and within weeks she had the stolen money swiftly reimbursed.

Karen, who together with her husband and three sons owns Longacre Garden Services in Stevenage, said: "If I hadn't got the money back, what would have happened to the family business? It could have easily broken us."

Warning others, she said: "Don't trust anybody on the phone. If somebody calls saying they are from your bank, call your bank from a different phone - and find the number yourself." 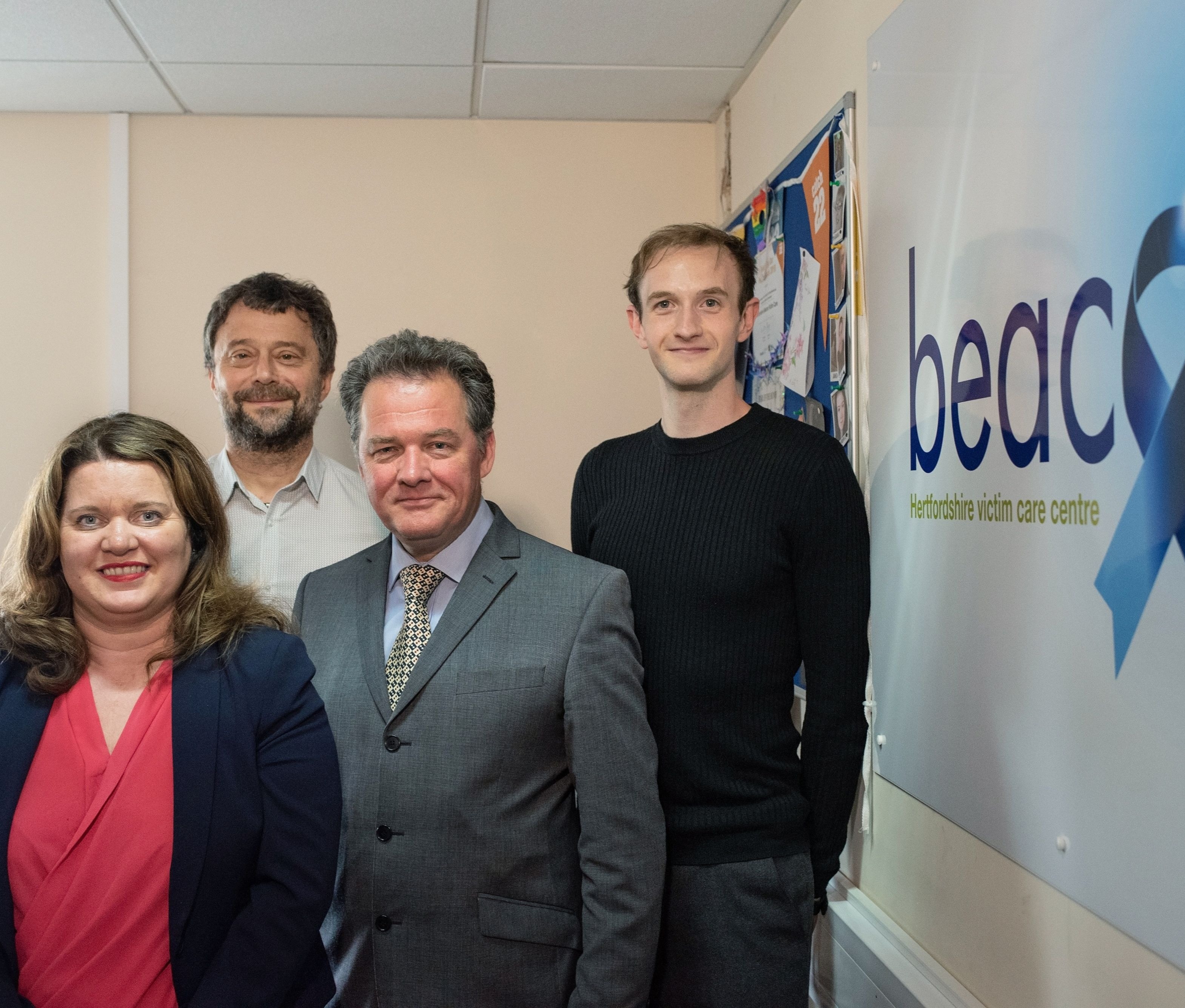 Hertfordshire Police and Crime Commissioner David Lloyd created the Fraud Hub with a £150,000 Ministry of Justice grant and it is the first dedicated scheme in the UK. Every Herts victim who has lost money is contacted and offered support.

Mr Lloyd said: "I am delighted Karen got her money back and our new Fraud Hub was pivotal in achieving that.

“In Hertfordshire, and a lot of other areas, fraud is the crime that people are most likely to fall victim too. Almost everyone has experience of being contacted by phone or email by someone trying to scam them out of money.

“Everyone is a potential target, and often those that say they won’t be caught out are the ones that hand over money to these very convincing and sophisticated criminals. Remember your bank or the police will never call you up and ask you to transfer money into another account.”

Elaine added: "I spoke with Karen and it was very clear that the effect of the fraud was having a devastating impact on her and her family. She was very distressed and couldn’t eat or sleep and was extremely anxious due to this fraud.  I explained about the new banking code that had been operating since May and that her bank were part of the new code .

"Barclays initially hadn’t filled Karen with a lot of confidence and I suggested that as she had been a genuine victim of a push payment scam she should escalate this to the CEO of her bank explaining the situation and in the hope he would reimburse her.

"I was delighted when Karen called me to announce that she had received her money back and I felt  extremely proud that I was able to help and that the information I provided resulted in a positive outcome. I was also very touched Karen took the time to contact me and let me know she had been successful in obtaining a full refund.

"I take great pride in helping the victims of fraud and it is extremely satisfying when we are able to provide information that secures a positive result."

Paid for through a £150,000 Ministry of Justice grant, the new workers are based at the Beacon Victim Care Centre, in Welwyn Garden City. It includes professionals from Hertfordshire Constabulary’s Victim Service Team and Catch 22, the charity running Victim Care on behalf of the Police and Crime Commissioner.

Each month the Fraud Hub are sent a list of every Hertfordshire resident who has reported a loss to Action Fraud, the national Police reporting centre for fraud and cyber crime.

Around 600 people a month in the county report being scammed including losing money through a trusted person, dodgy investments, pension theft, romance fraud, internet hacking or bogus telephone calls or letters..
Techniques of the defrauders include pretending to be a victim’s bank, HM Revenue and Customs, internet providers and also the police.

Beacon - The Beacon team will contact all victims of crime and, where appropriate, work with specialist case managers to provide a complete wrap-around service to help victims to cope and recover. The team has direct access to Hertfordshire Partnership Foundation Trust Single Point of Access team (Mental Health services), Hertfordshire County Council Social Care Access Team and Hertfordshire Home Security Service to ensure that they can provide assistance quickly and seamlessly.
Hertfordshire Beacon is staffed by Victim Service Team each day 8am – 8pm, in addition, Catch22 employees work Monday to Friday 8am – 8pm & Saturday 9am – 5pm. By phone: 0300 011 55 55 by email beacconvictimcare@herts.pnn.police.uk or info@hertfordshirebeacon.org