The redevelopment of Hertfordshire police headquarters in Welwyn Garden City has taken a step closer.
In the next year a full business case for the project will be prepared including applying to the council for planning permission for the site in Stanborough Road.
Work began two years ago on the project which will be the most ambitious building project undertaken by the Hertfordshire Constabulary in a generation.
With an ambition to create a Community Safety Hub it will combine the Constabulary headquarters along with office space for other Hertfordshire partners.
Several modern buildings would be retained on the site but three of the large administration blocks and five smaller buildings all built in the early 1970s are set to be demolished.
They have reached the end of their economic life, are inefficient to run and would need a backlog of repairs costing £15 million.
They would be replaced with a modern 8,500m2 three storey building which will be less expensive to build and run, than the cost of keeping the existing buildings. 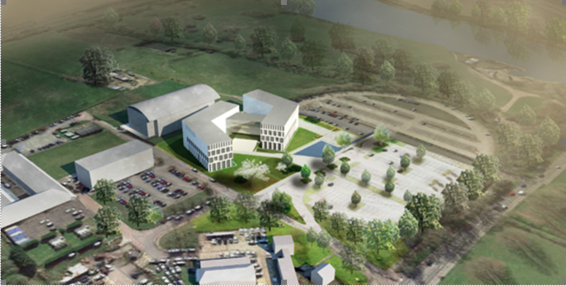 If the business case is given the final approval next year, building work will be due to start in 2021 and take approximately three years to complete.
Mr Lloyd said: “The current HQ buildings have reached the end of their economic life and are expensive and inefficient to run. The new facilities are designed to remain fit for purpose for the next sixty years.”
“A robust government methodology report has been compiled which shows that this project will save the tax payer money in the longer term and also bring environmental benefits.
“We are building offices fit for Hertfordshire Constabulary in the 21st century.
“Developing a Community Safety Hub on purpose built sites would allow the police and partners to work more effectively together, in modernised and improved facilities, which would further improve public safety.”
Chief Constable Charlie Hall said: “This project aims to be a cost effective way to provide modern and efficient facilities to help deliver effective future policing for Hertfordshire. 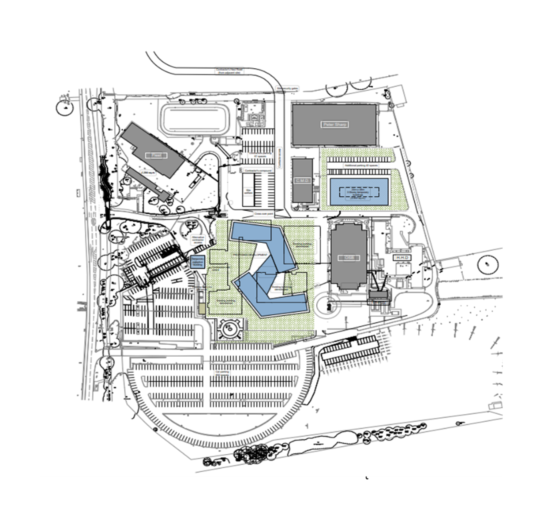 “The capacity for shared accommodation with partners has the potential to provide further improvements in joined up services for our public, alongside better working conditions for our staff.”
Currently on the site are operational policing functions including the senior officer and command teams, the force control room and units including Major Crime, Scientific Services and Victim Services.
Operational support departments such as the Finance, Fleet, Training and Development are also based there.
Benefits of the redevelopment have been identified as reduced annual running costs, an improved accessibility for staff and the public, supporting joint working with Partners, meeting modern environmental standards.
Ends
Background information on Herts PCC policies in relation to the development
Community Safety and Criminal Justice Plan for Hertfordshire 2017-2022 – the plan identifies making smarter use of property as a priority. Working more closely with partners, such as fire and local councils, will provide for more efficient use of buildings. This will lead to savings and provide a better and more coherent service, improving partnership working and accessibility. Given the size of the public sector estate it is not yet used well enough to provide best value to the public. The aim is to address this and explore whether there are new ways to generate long-term income from those assets which can be used to fund policing.
Estates Strategy 2017-2022 – The Police and Crime Commissioner’s Estates Strategy based on which the programme is being delivered sets out the ambition for the force estate to make ‘more efficient use of the police estate’, generate long-term income and to co-locate with other public sector partners where practicable.
OPCC and HCC Fire Collaboration MoU – set out within this MoU is specific mention of the ambition to progress both a collaborative training base and a joint Headquarters. The dependency between these ambitions and the options are considered in the business case alongside the potential financial implications.
The investment objectives for the project are aligned to the Community Safety and Criminal Justice Plan for Hertfordshire 2017-2022 and supporting vision for the Community Safety Hub, which has the following key aims relating to the site as follows: