Car crime, anti-social behaviour, begging, rising officer numbers and the justice system were all discussed during the Police and Crime Commissioner’s visit to St Albans.

For Mr David Lloyd one of the most important aspects of the job is to visit every district in Hertfordshire regularly to get a clearer picture of local issues. He examines projects which are successfully reducing crime, so that good practice is shared and concerns addressed.
“It is a vital part of my job representing the people of Hertfordshire that I get out and about to find out what is and isn’t working. 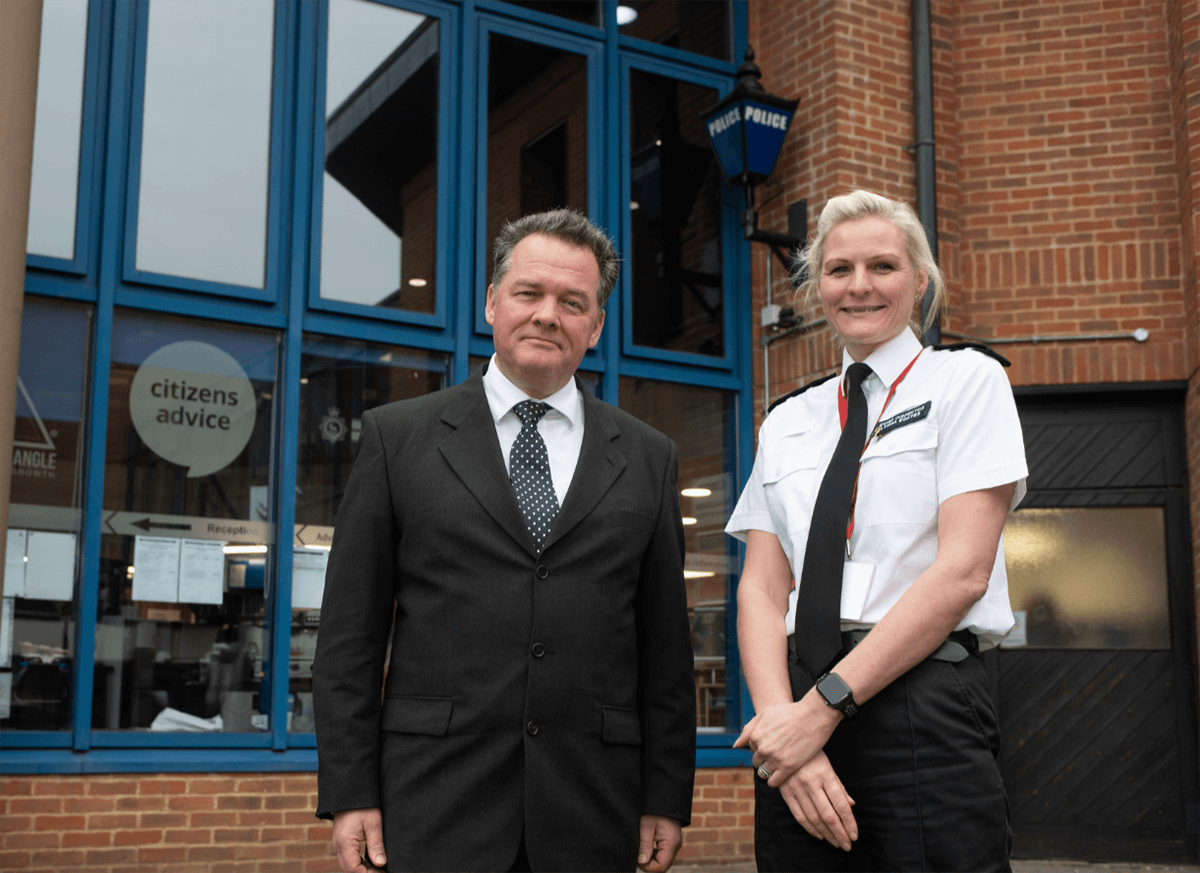 “Today I have met some of the new officers who are part of our expanding police force in Hertfordshire, and I have heard how the extra numbers are having a real effect on the streets,” he said.

Following a visit to St Albans Crown Court it was on to St Albans Police Station in the Civic Centre to meet with Chief Inspector Lynda Coates to discuss rising and falling crime types, officer numbers and response times.

Ch Insp Coates said: “We do have more officers now as numbers across the Constabulary have risen. My neighbourhood policing and intervention teams are fully staffed.

“We do have some areas that are a challenge at the moment including young people causing anti-social behaviour around parks. We have operations ongoing around Clarence Park following a rise in incidents, these are both overt and covert.

“We have a robust stop and search policy in the district and those we question in the street will be searched for drugs or weapons.”

With 80 per cent of thefts from vehicles being when they are left unlocked, residents are being reminded to secure them, Ch Insp Coates added.
Mr Lloyd then went out on patrol around Clarence Park with two plain clothes officers from the pro-active Scorpion Team. 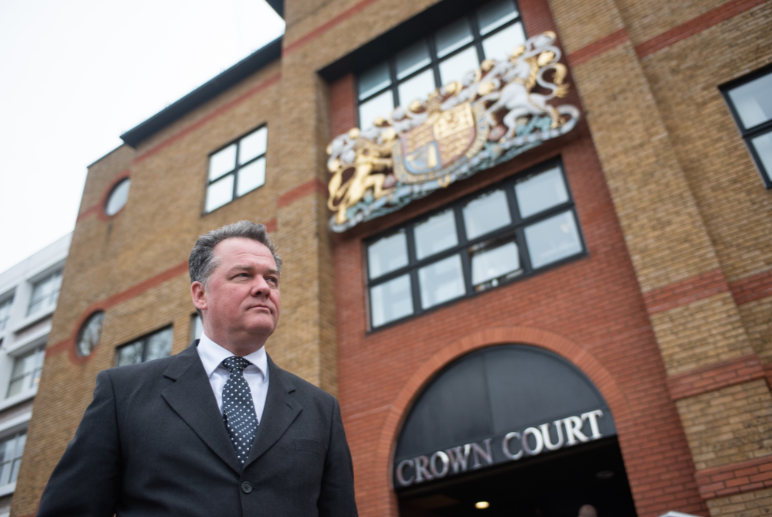 During a working lunch with St Albans City and District Council’s Chief Executive Amanda Foley and Community Protection Officer Neil Kieran they discussed how closer work with the police and justice system can make people safer.

Closure of council homes being used for criminality, notification of ‘at risk’ youngsters being re-homed in the area by London authorities and improved CCTV were issues raised.

In the afternoon Mr Lloyd was invited to the homelessness charity Emmaus in Hill End Lane. They provide overnight accommodation for up to 42 people who face being forced to sleep on the streets, with around half the residents being ex-offenders released from prison.

During the day they work to restore and deliver furniture from the onsite workshop and shop, while they are also given help to get back in to work and permanent accommodation.

Back in the city centre Mr Lloyd joined officers plus council and charity workers for the ongoing Operation Tango which tackles rough sleeping, begging, street drinking and theft from person.

The 25-strong team patrol the area giving advice to individuals on where to find help, seizing alcohol and issuing warning notices to beggars. Repeat offenders were warned they faced arrest and prosecution. 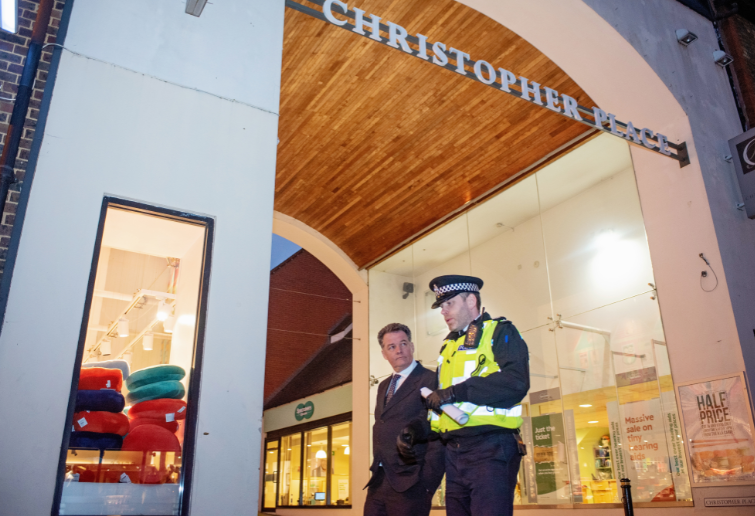 “How we treat the homeless and those most excluded in society really matters. There are more than sufficient resources for the genuinely homeless not to have to sleep on the streets.

“But I have been genuinely surprised how many people there are choosing to make a living from aggressive begging who are not homeless,” said Mr Lloyd.

Mr Lloyd joined Neighbourhood Inspector Andy Wiseman as they discovered two empty tents in the graveyard of the Church of St Peter, on St Peter’s Street, which were not being slept in overnight.

The day finished with a public meeting at the Council Chambers where Mr Lloyd and Ch Insp Coates spoke about crime and policing in the district and took questions from the audience.