Plans for Ware to get a new police station within a year were raised during a visit to East Herts by the Police and Crime Commissioner David Lloyd.

A suitable site in the town centre has been identified and discussions regarding the lease and alterations of the existing proposed building are already underway.

During the visit Mr Lloyd also visited a training event for professionals to spot the signs of domestic abuse. He also went to Freman College, in Buntingford, to hear the crime concerns and ideas of pupils.

Mr Lloyd said: “I am pleased to see plans have been progressing to get a police station back in Ware. I am aware it is something the residents and Chief Inspector have been asking for, as has the local MP Julie Marson. 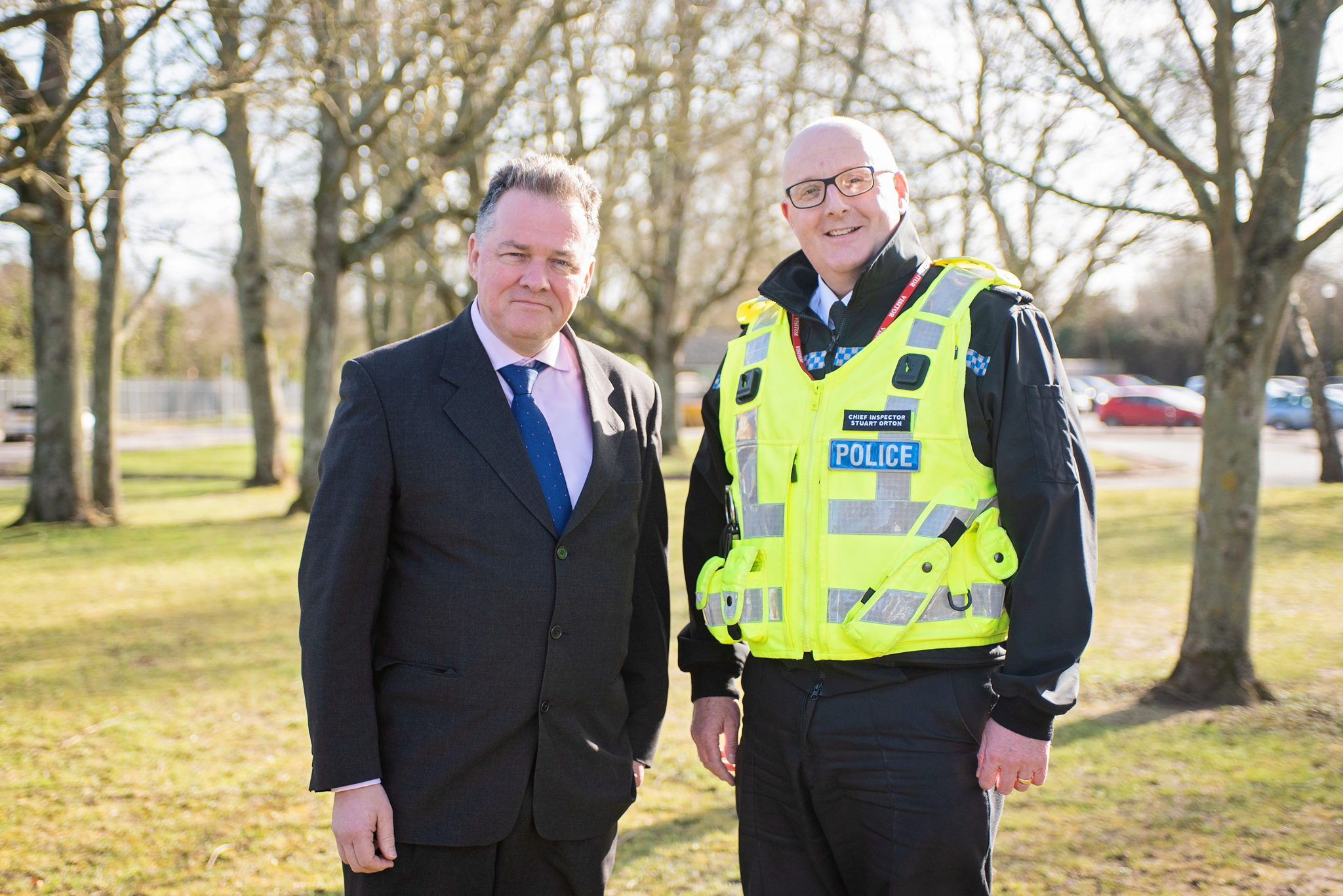 “The police have been putting in a lot of work to find the right location and now that has been found a final proposal is being worked on to make it a reality. If all goes well I look forward to opening it within a year.

“Today I also got to witness the important work being carried out by the Herts Sunflower domestic abuse initiative.

“The Chief Inspector and I are aware of a rise in incidents in Buntingford, he has assured me measures are being put in place to address the issues.”

East Herts Area Commander Chief Inspector Stuart Orton said: “Getting a police station back in Ware will help us be more visible and give residents greater confidence.

“I wanted to come to the school in Buntingford today for a Community Voice event, to reassure people that we do listen to what you are telling us. It is an essential part of how the area is policed.

“Community Voice events provide a face to face opportunity for people to tell the police what issues matter to them, which helps officers to understand what would make them feel safer.”

There has not been a dedicated station in Ware for several years and plans for sharing space a Ware Fire Station were ruled out because of a lack of space. 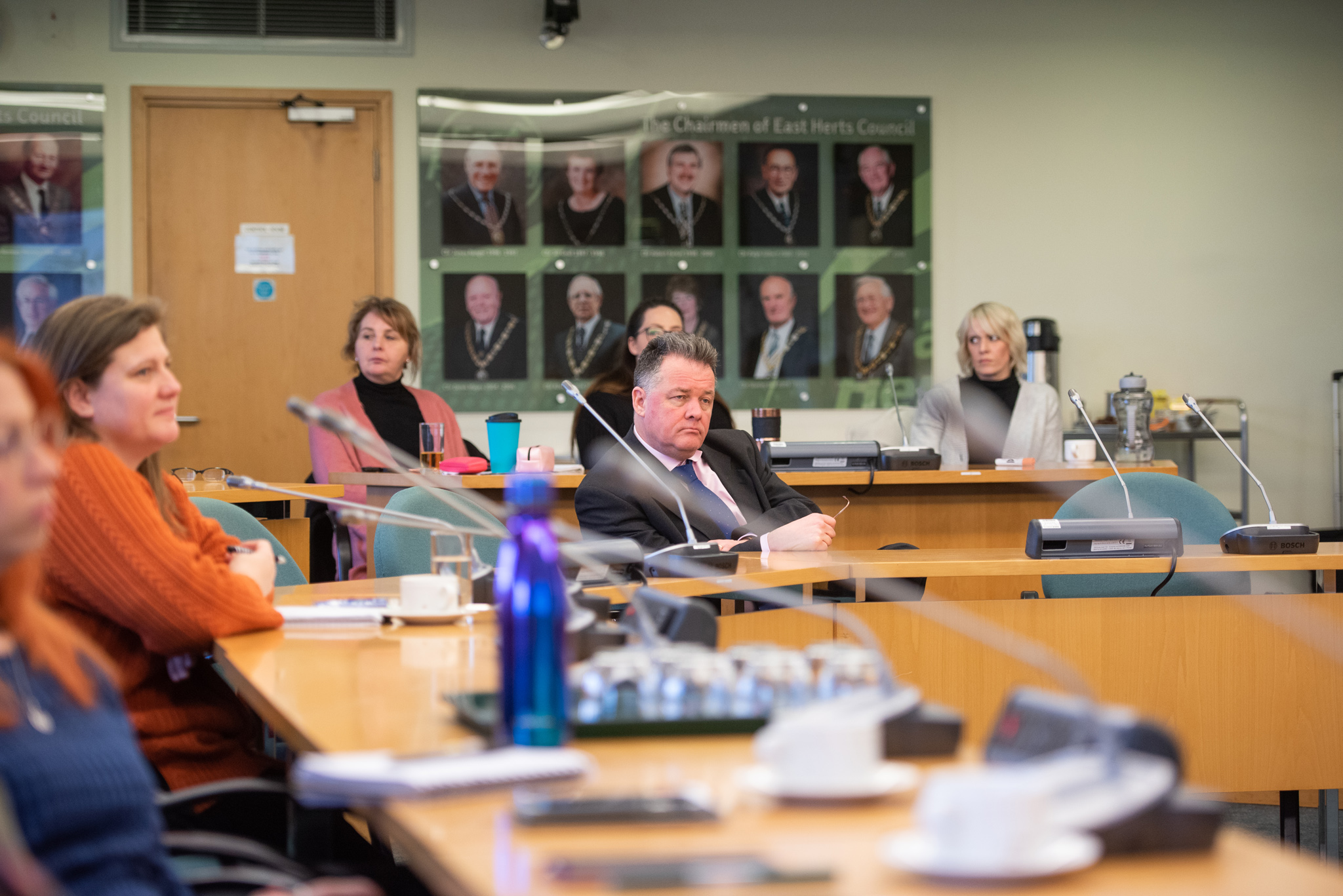 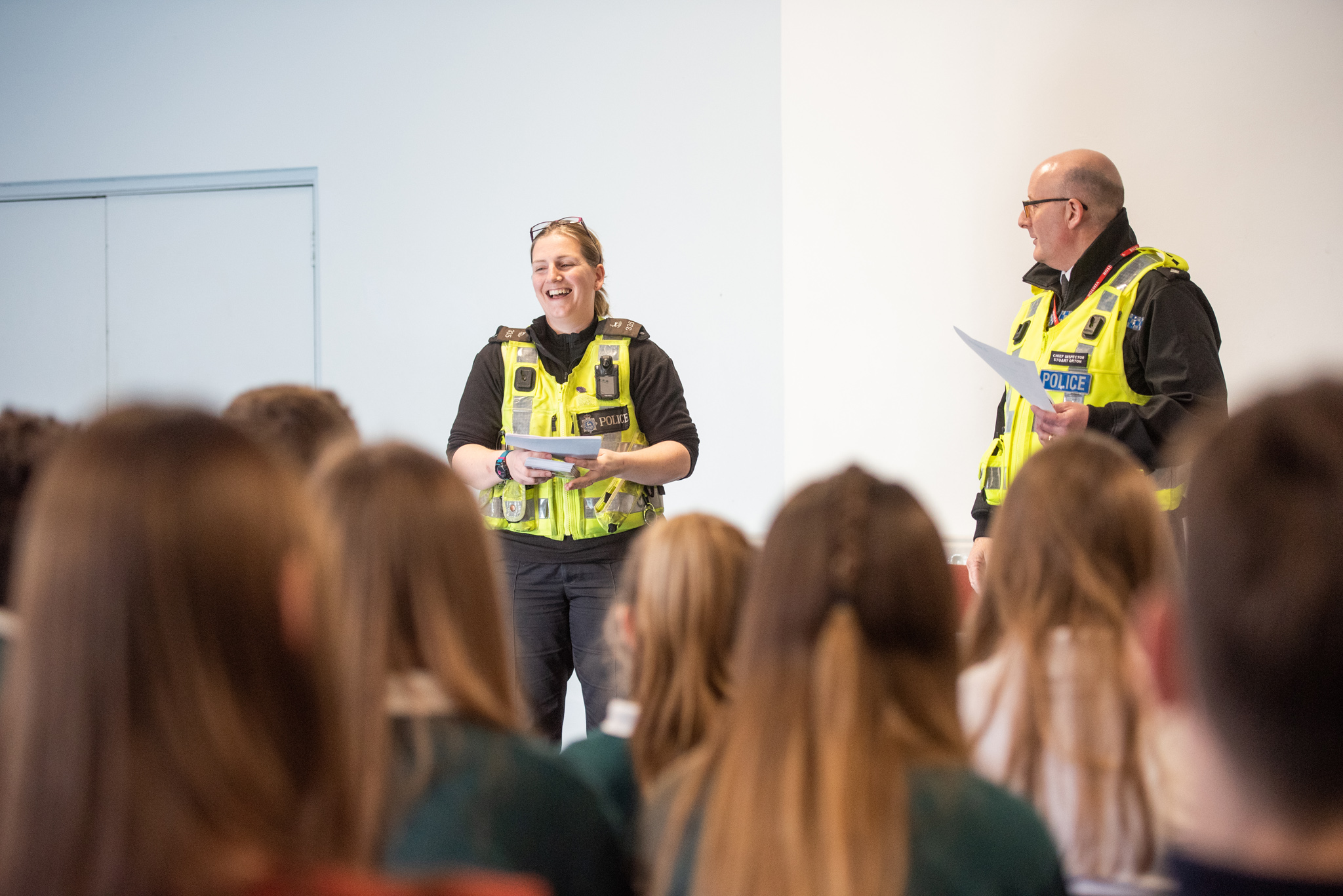 Once the final costings for moving into the new premises been agreed the final decision will then be put forward to Mr Lloyd to approve opening the new base.

After meeting East Herts Council leaders, Mr Lloyd dropped in to a training exercise run by Kim Scott, from Saferplaces, a domestic violence charity, as part of the Sunflower J9 project.

The attendees were professionals from around the district, including housing, schools, NHS and social care, to enable them to be the lead member in their organisation in tackling domestic abuse.

They discussed with the students what their thoughts of local officers were, what the police could do to make them feel safer and if they had any concerns about crime in the town.

The constabulary launched echo, a community voice platform that allows residents and local businesses to use their own language and at any time to tell the police what they think they should be focussing on.

“Echo provides a great opportunity to have your voice heard and to influence the priorities for policing where you live. I Ware we have created a dedicated platform where you can share your views anonymously at http://bit.ly/police-ware.

“The more feedback, views and opinions we receive via echo, the better we can understand what matters most to you, and where we should be investing out time and resources,” added Ch Insp Orton.