A specialist scheme to support every victim of fraud in Hertfordshire has recovered £300,000 in the first six months.

The Beacon Fraud Hub was set up by Police and Crime Commissioner David Lloyd in response to the most common crime in the county.

The unit, based at the victim care centre, in Welwyn Garden City, has four members of staff with specialist knowledge who contact all those in the county who have reported having money fraudulently taken.

In the first six months since its creation in April 2019 the team have got almost a third of a million pounds back for victims. 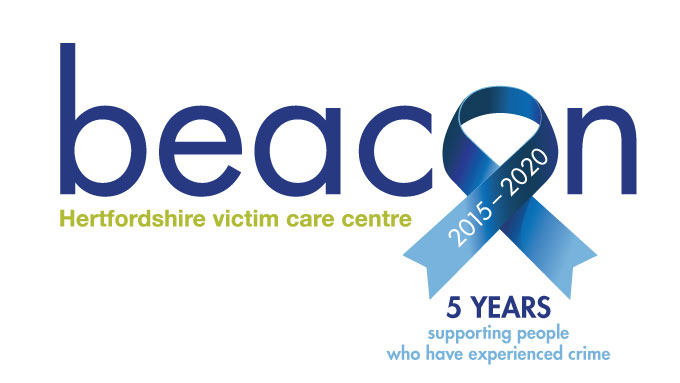 The sums recovered range from £75 to £50,000 and have been obtained by helping victims reminding banks of their obligations under the banking protocol code.

Mr Lloyd said: “I am pleased to see that the new Fraud Hub is already bringing tangible benefits to many victims across the county.

“The team have been working with victims on a one-to-one level to advocate and advise them on how to reclaim money from their banks if they have been the victims of fraud.

“Their help includes assisting on writing letters, even accompanying vulnerable victims, to banks to speak to staff on their behalf.

“I would like to thank the Beacon staff for all their hard work. This is one of the reasons I recently approved plans to run the Fraud Hub pilot for a second year.” 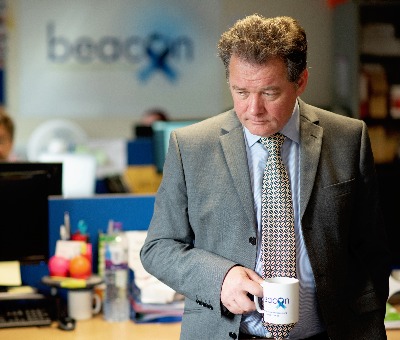 News of the success comes during in the Year of Beacon – which in 2020 is marking the fifth anniversary of the creation of Hertfordshire’s victim care service centre.

The Fraud Hub is the first enhanced scheme of its kind in England and Wales and was recently hailed at the College of Policing fraud conference as the ‘gold standard’ for victims of this crime type.

One resident whose family business was close to collapse after a conman stole £23,000 got her money back thanks to Beacon. 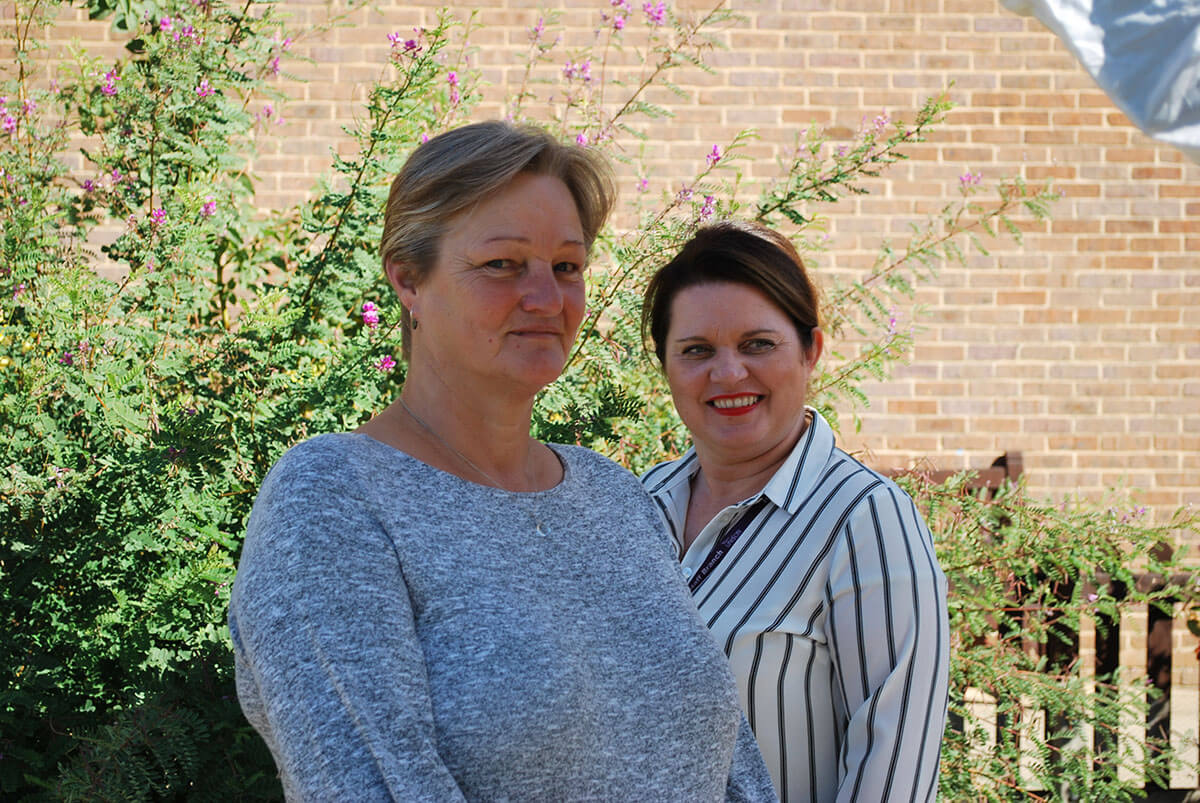 Fraud victim Karen Oak who got £23,000 back with Beacon advisor Elaine Crate

Karen Oak, from Stevenage, got all her lost money reimbursed by her bank after advice from one of the advisors on how to contact her bank and what regulations to rely on.

In the first six months alone since its creation its advisers have directly helped more than 3,500 victims.

The criminal investigation of the crime is led by the City of London Police through Action Fraud, which handle all fraud cases nationally.

Every week a list of around 650 Hertfordshire fraud victims who have initially reported to the Action Fraud are sent to Beacon.

The Fraud Hub use technical knowledge to help develop an action plan for victims which includes liaising with agencies on their behalf; conducting a needs assessment; providing practical support and measures for target hardening.

Though not set-up to investigate the crime or recover lost funds, there are several examples where Beacon has been able to retrieve the money stolen from the victims through effective advocacy with financial institutions.

The Beacon Fraud Hub is now an integral part of the County Fraud Strategy and where substantive links have been made with Citizens Advice and Age UK.

The £128,000 pilot covered the salaries and other expenses of the four new staff recruited and was funded by a Ministry of Justice victim commissioning grant.

Beacon - The Beacon team will contact all victims of crime and, where appropriate, work with specialist case managers to provide a complete wrap-around service to help victims to cope and recover. The team has direct access to Hertfordshire Partnership Foundation Trust Single Point of Access team (Mental Health services), Hertfordshire County Council Social Care Access Team and Hertfordshire Home Security Service to ensure that they can provide assistance quickly and seamlessly.

Hertfordshire Beacon is staffed by Victim Service Team each day 8am – 8pm, in addition, Catch22 employees work Monday to Friday 8am – 8pm & Saturday 9am – 5pm. By phone: 0300 011 55 55 by email beacconvictimcare@herts.pnn.police.uk or info@hertfordshirebeacon.org