Free locks and security devices are available across the county to the elderly, victims of domestic abuse victims and residents targeted by repeat burglaries.

The crime tackling measures are supplied and fitted at no charge by five technicians working for the Hertfordshire Home Safety Service (HHSS).

Run by Hertfordshire County Council and Hertfordshire Fire and Rescue Service it has been supported for the past three years by the Police and Crime Commissioner’s office which has paid for one of the technicians, using proceeds of crime monies.

Last year it conducted over 1,000 home visits to those referred for help by police officers, council staff and case workers from Beacon, Hertfordshire’s victim care centre.

A ‘Year of Beacon’ was launched at the start of 2020 to recognise the wide-range of work it undertakes and to celebrate the 250,000 people is has supported. 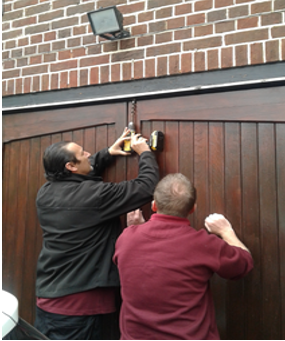 Residents entitled to the free services from HHSS include those who fit any of the following groups: aged over 70, registered disabled, victims of domestic violence and those deemed vulnerable because of mental health issues. Burglary victims who have been targeted twice in two years are also eligible.

Services include fitting or maintaining locks to windows, doors and gates at well as anti-climb strips to fences and walls. Fireproof letter flaps are also available plus telephone call blockers for those vulnerable to scams or vogue traders.

Last year they conducted 1,061 home visits which included 505 for domestic abuse victims, 185 for burglary, 94 for anti-social behaviour, 49 for victims of violence, 31 at risk of rogue traders and 14 targeted in hate crime.

Hertfordshire Police and Crime Commissioner said: “I believe we have one of the best range of provisions in the country for looking after victims of crime. I have help fund the HHSS service for the past three years as it provides reassurance, practical advice and physical equipment to those most at risk in Hertfordshire.

“Preventing crime and protecting the most vulnerable in our society, is a key part of my role as Commissioner, it is not just about policing. Beacon contacts every victim of crime in the county, and they have referred many to receive the free services offered by HHSS.”

“Crime can affect people in different ways and we are all too aware of victims becoming isolated and their confidence being affected. 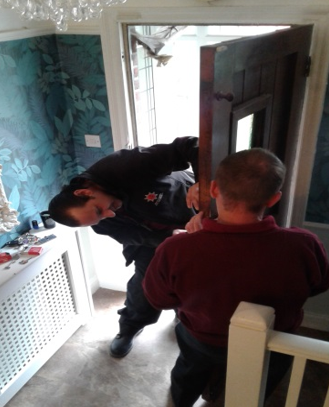 Herts Home Safety Service can be contacted by calling 0300 1234 046 you can request a referral form by emailing HHSS@hertfordshire.gov.uk

Background
Since it was created by Police and Crime Commissioner David Lloyd in April 2015 Beacon has contacted 6,000 victims of crime a month to offer information, support and assistance.

Those helped have ranged from age four to 97 and includes people who have not reported crimes to police.

Based at Hertfordshire Police headquarters in Welwyn Garden City, Beacon was established as a ground-breaking hybrid model.
Supporting victims of crime is a legal police responsibility, which in most parts of the country is either run by a police officer team or outsourced to an external charity.

It is staffed by 16 police officers and staff, including three sergeants in the Victim Service Team who contact every person in the county who have reported an offence.

Those effected by high harm crimes, are vulnerable or require additional support are then referred to one of 15 professional case managers from the charity Catch 22.