A campaign is being launched to inform the public how to report crimes, raise concerns and meet with local police officers.

More than 6,000 people took part in a county-wide survey asking about the use of local police stations and methods of contacting officers.

The Hertfordshire Police and Crime Commissioner and Chief Constable remain committed to the local model of policing, even though other forces have opted for cheaper more county-based systems.

Each of Hertfordshire’s 10 boroughs or districts have at least one police station. Each has a Chief Inspector who runs a dedicated neighbourhood team of officers and PCSOs; emergency response intervention officers, plus a team of detectives.

Following the relocation of several police stations and the closure of much under-used front counter services, the campaign will focus on ensuring the public know how best to access the services on offer. 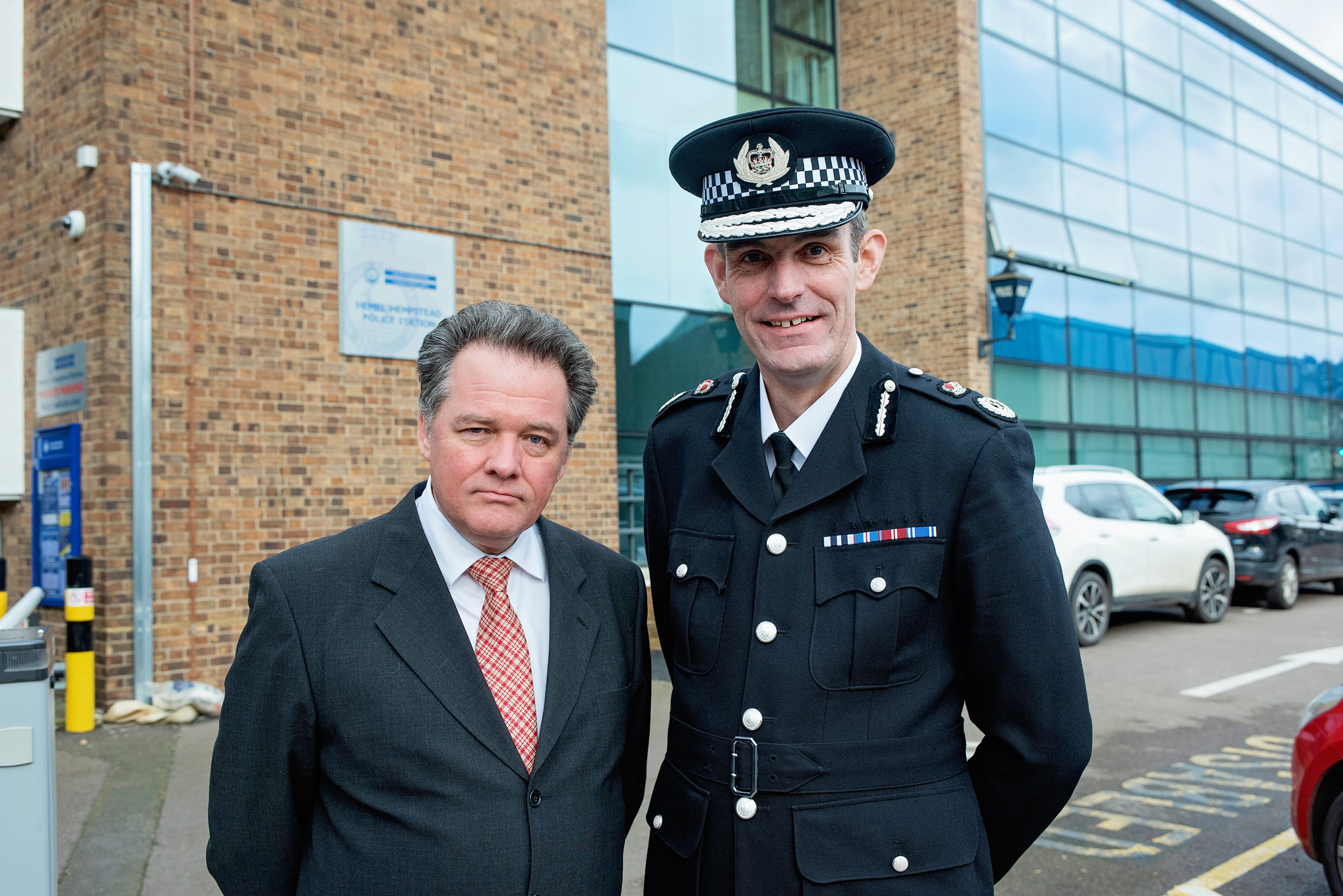 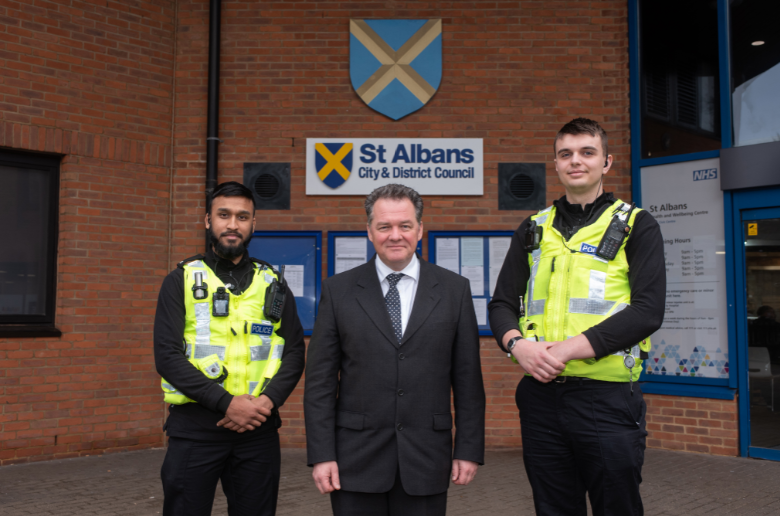 Across the county awareness of local police stations by residents and businesses varied; with those in Stevenage having the highest knowledge of where theirs was at 99 per cent, while only 30 per cent in Hertsmere knew. For the rest of the county, when asked if they knew where their local station was the results were: Three Rivers 62 per cent; Welwyn Hatfield 59 per cent; East Herts and Dacorum both 57 per cent; Watford and North Herts both 56 per cent; Broxbourne 54 per cent and St Albans 36 per cent.

Police and Crime Commissioner David Lloyd said: “My job is to listen to the people of Hertfordshire and provide them with a police service that is effective and efficient.

“My Community Safety and Criminal Justice Plan has ensured that Hertfordshire has maintained a local policing neighbourhood model. It is not the cheapest, but it is one that the Chief Constable and I believe is the best, and it is the one which the public have told me they want.

“Society has evolved over the years, and the Constabulary have to reflect those changes. Many people prefer and expect to be able to engage online rather than face-to-face as the find it easier and quicker.

“Channels available for non-emergency communications include calling 101, web chat, reporting online and emailing local officers. If you want to meet an officer at a police station all you need to do is to call ahead to make an appointment – and in Stevenage, Hatfield and Watford stations you can walk in to the front enquiry office without making an appointment.” 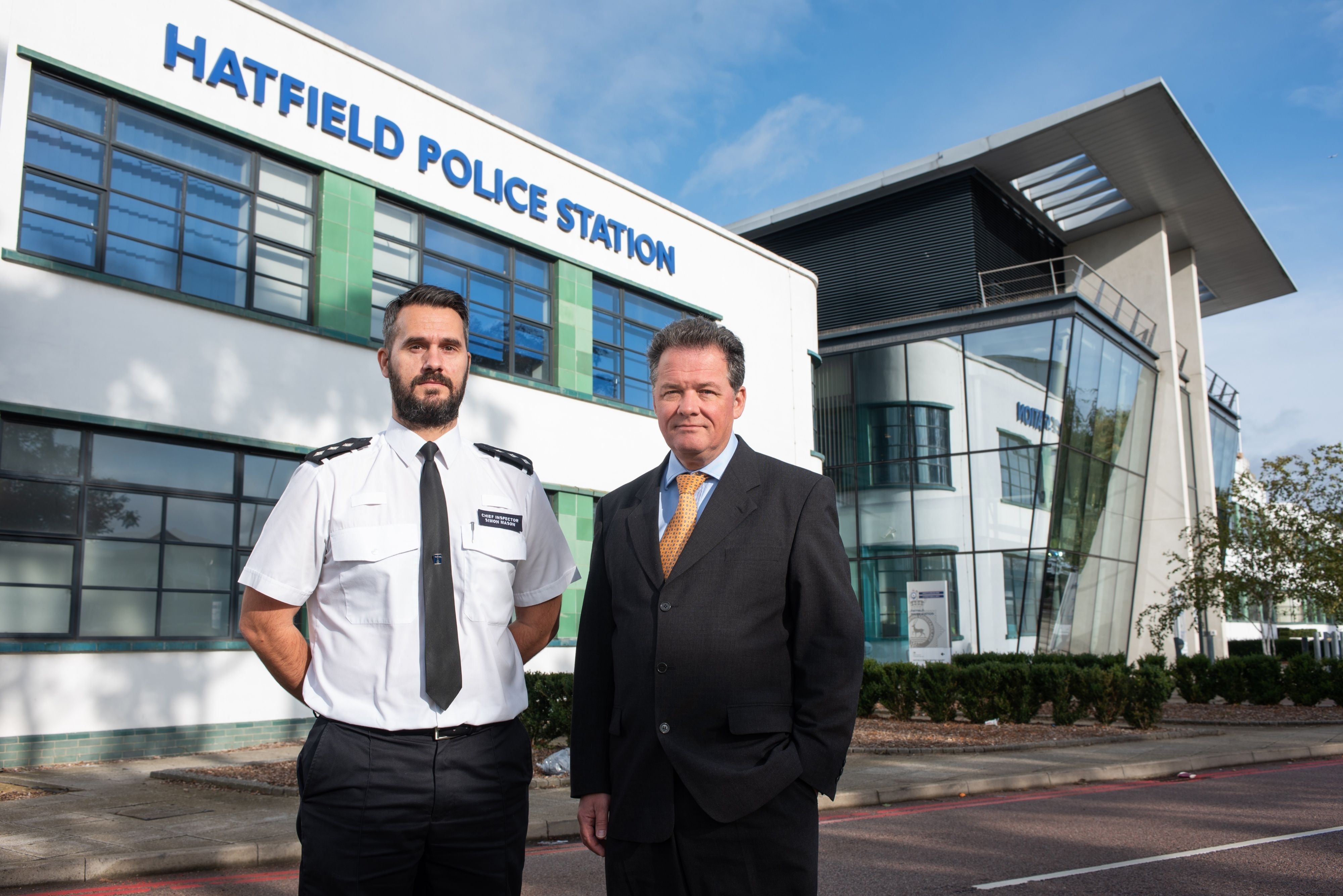 Chief Constable Charlie Hall said: “Police Officers, PCSOs and Special Constable teams are based in every borough and district of the county, constantly patrolling our streets and dealing with incidents.
“Over recent years they have been equipped with mobile devices that allow them to provide services to the public in their homes and on the streets that previously would have involved a trip back to a police station.”

The survey, conducted via local media, social media and the OWL messaging service, revealed that one in five respondents knew how to contact their local Safer Neighbourhood team, and 10 per cent knew how to book an appointment with them.

Hertfordshire currently has 20 police stations which are available for members of the public to meet with an officer.

The online services can be used to report matters such as: a crime, a concern, a vehicle collision, anti-social driving, fraud, certain lost and found property items, complaints and compliments.

Along with police forces nationally police are no longer taking reports of most reports of lost and found property, they now deal with official documents such as passports, suspected stolen items and illegal objects.

Reports of flytipping, lost or stray dogs, graffiti, noise nuisance and abandoned cars are dealt with by local authorities.