Hertfordshire is set for its largest ever police force, funded by a planned a £1.25 a month Council Tax increase.

Police and Crime Commissioner David Lloyd is aiming to fund extra frontline officers as part of a £14.1m budget increase, on top of the number provided by the government national uplift programme.

The Commissioner’s budget proposal would increase the total number in the ranks to 2,267 in the next financial year, with a total of 167 new officers joining.

The government is funding 90 officers to be in post by April 2022, while the Commissioner’s planned precept rise would pay for another 77 officers.

Mr Lloyd said: “As your Police and Crime Commissioner, setting the budget is one of my most important responsibilities. I must ensure that the Chief Constable has the resources to provide an effective service, whilst ensuring that I use tax payers’ money efficiently. 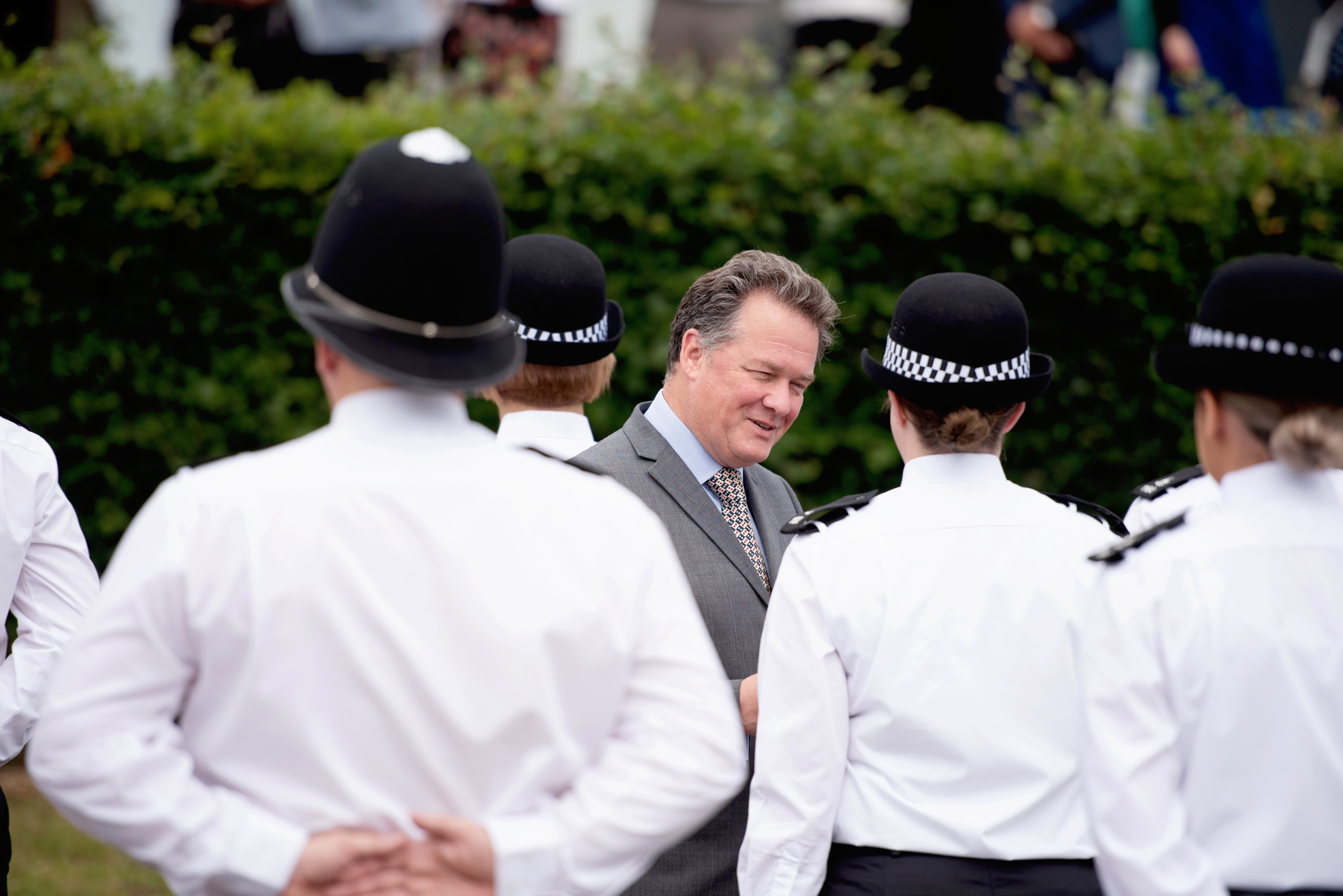 “I recognise that times are difficult for many people, especially those whose jobs have been affected by the Covid-19 pandemic. However, this pandemic has also shown how incredibly important policing is to protect and reassure our communities. With this in mind, we are making an unprecedented investment in policing.

“This budget will boost officer levels in Hertfordshire to record levels never seen in Hertfordshire before. The majority of these officers will be stationed in local neighbourhoods, providing a more visible police presence on the street.

Mr Lloyd added: “Together with the Constabulary we are investing in a pioneering ‘Prevention First’ agenda – the first police force in the country to do so. This aims to tackle the causes of crime and ensure less offences are committed, meaning everyone in the county will be even safer.”

Over recent years the county has also seen increases in reported cybercrime, child exploitation and other emerging crime types. The proposed increase would also ensure the Constabulary has the right investigative capacity to match this demand. Additional money would also be put into the county’s award-winning victim care service.

Historically the record for officer numbers in Hertfordshire was 2,202 in 2007. The Constabulary have already reached their target of recruiting an extra 91 officers during the current financial year, taking the total over 2,100 officers.

The final tally at the end of the uplift is planned to be even higher with 2,314 officers in post by April 2023.

This year the government has encouraged Police and Crime Commissioners to use their flexibility to increase the policing precept by £15 a year for an average Band D property, which equates to £1.25p a month. 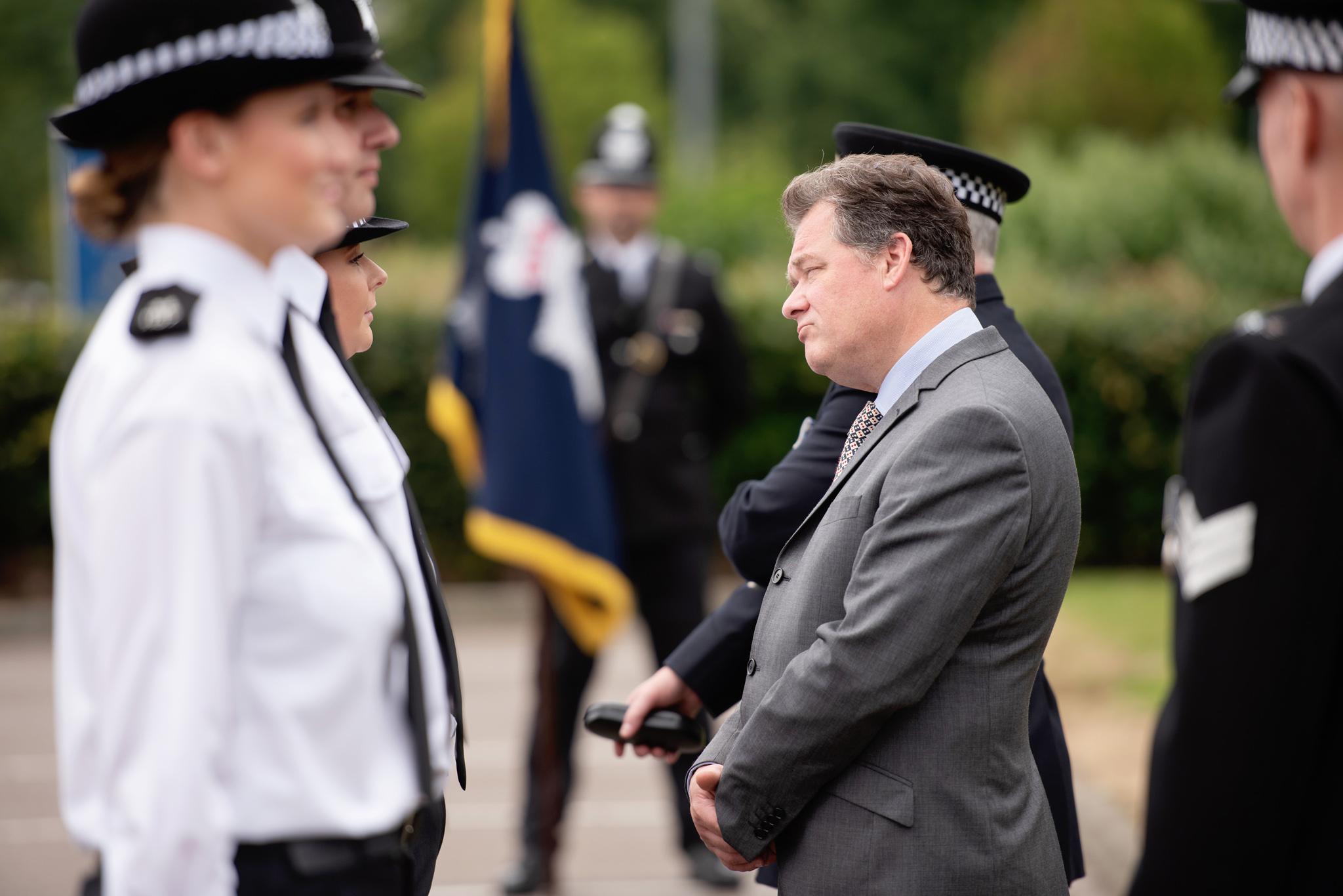 This would generate an additional £6.7m locally and increase the precept for an average (Band D) Hertfordshire resident from £198 to £213, which would still be one of the lowest in the country. The government has increased its Settlement Grant for Hertfordshire police to £7.4m.

Now Mr Lloyd wants to hear the public views on his proposal to raise council tax for the forthcoming financial year to help pay for the record force.

Mr Lloyd added: “Before I take any decisions on the budget, I want to understand from the people of Hertfordshire about what they feel the local priorities should be.”

Full details can be viewed in Mr Lloyd’s open letter to Hertfordshire at www.hertscommissioner.org/public-consultation.

If you would like to give comments, please send them to your.views@herts.pcc.pnn.gov.uk or by completing this short survey bit.ly/Hertsprecept21. You can also send a letter to the Police and Crime Commissioner for Hertfordshire, 15 Vaughan Road, Harpenden, Hertfordshire, AL5 4GZ by midnight on Friday 15th January 2021.

Policing in Hertfordshire had a net budget of £217m for the current financial year. The precept raised £91m which equates to 42 per cent, with the remainder mostly coming from government core grants.