Defibrillators have been installed across Hertfordshire Constabulary’s extensive network of police stations with £58,000 funding support from Police and Crime Commissioner David Lloyd.

Twenty four police stations, bases and police property have had the lifesaving devices installed at their entrances.

The Automated External Defibrillators (AED’s) allow members of the public, as well as officers and staff, to provide potentially life-saving care in emergencies with support of call handlers from the East of England Ambulance service. 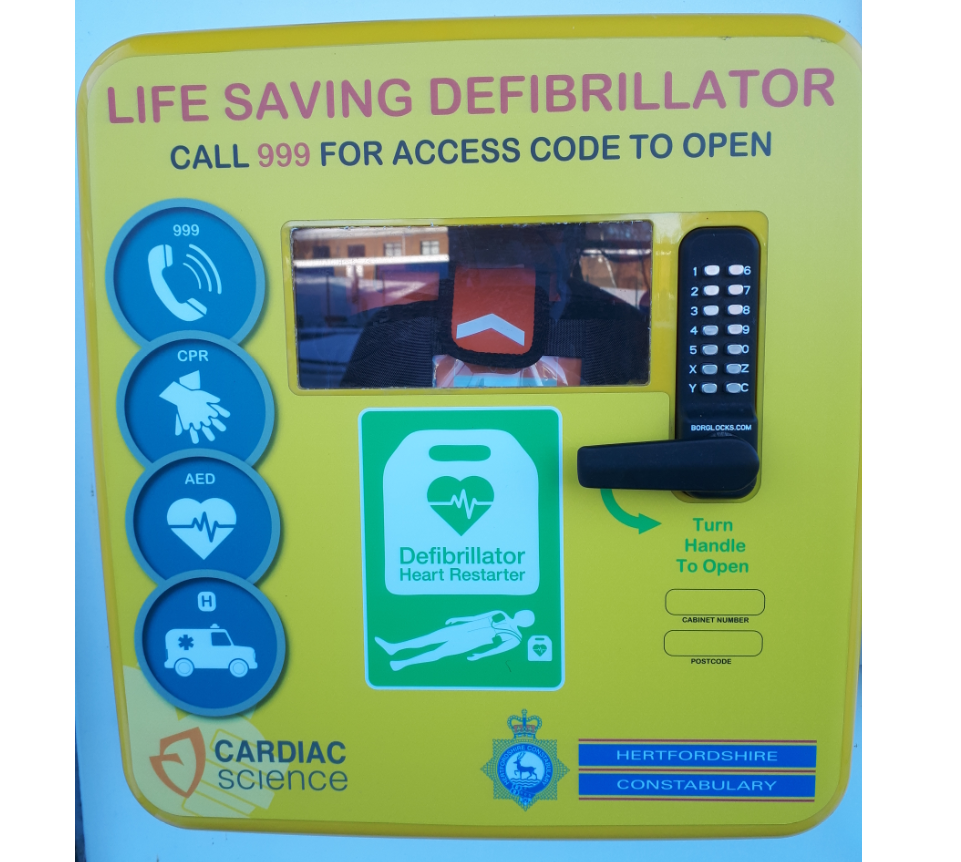 One of the defibrillators fitted outside police stations across Hertfordshire

Mr Lloyd said: “This is a vital resource for the public and police officers to enable them to give the best immediate chance of survival for victims of cardiac arrest.

“I would ask people to take note of the location of these defibrillators next time they pass their local police station as they never know when they may need to use them.”

Sudden cardiac arrest occurs 140,000 times a year in the UK, making it one of the UK’s biggest killers. The potential for saving a life is dependent upon time; the faster medical intervention can be delivered, the better the chances of survival.
Clinical studies suggest cardiac arrest casualties have less than 5 minutes from the event to save the life, this decreasing by up to 23 per cent per minute thereafter.

Statistics show that early bystander cardio pulmonary resuscitation (CPR) and defibrillation can increase the survival chances of a person who has suffered a sudden cardiac arrest by as much as 50 per cent.

Easy access to emergency defibrillation equipment for use by the public offers the best opportunity to preserve and maintain life.

All machines are sited within a weather-proof and anti-theft storage cabinet with keypad code entry system.

The access code for the defibrillator will be disclosed to any individual dialling 999 and asking for an Ambulance and EEAS Call Handlers will support the caller with life-saving instructions while additional help is dispatched to the location.

The defibrillators provide comprehensive instructions to the user and are designed/intended to be operated by a ‘lay person’ with no prior medical training.