Two new road safety camera vans are to be deployed across the county where communities raise concerns over speeding.

Hertfordshire Police and Crime Commissioner David Lloyd has funded the vehicles in response to public requests for more action to be taken against motorists who break the law.

The vans will be sent to sites identified as areas of concern by local residents, businesses and partner organisations. They will particularly operate in 30mph zones, and locations where speeding is an issue but which have not necessarily involved deaths or serious injuries. 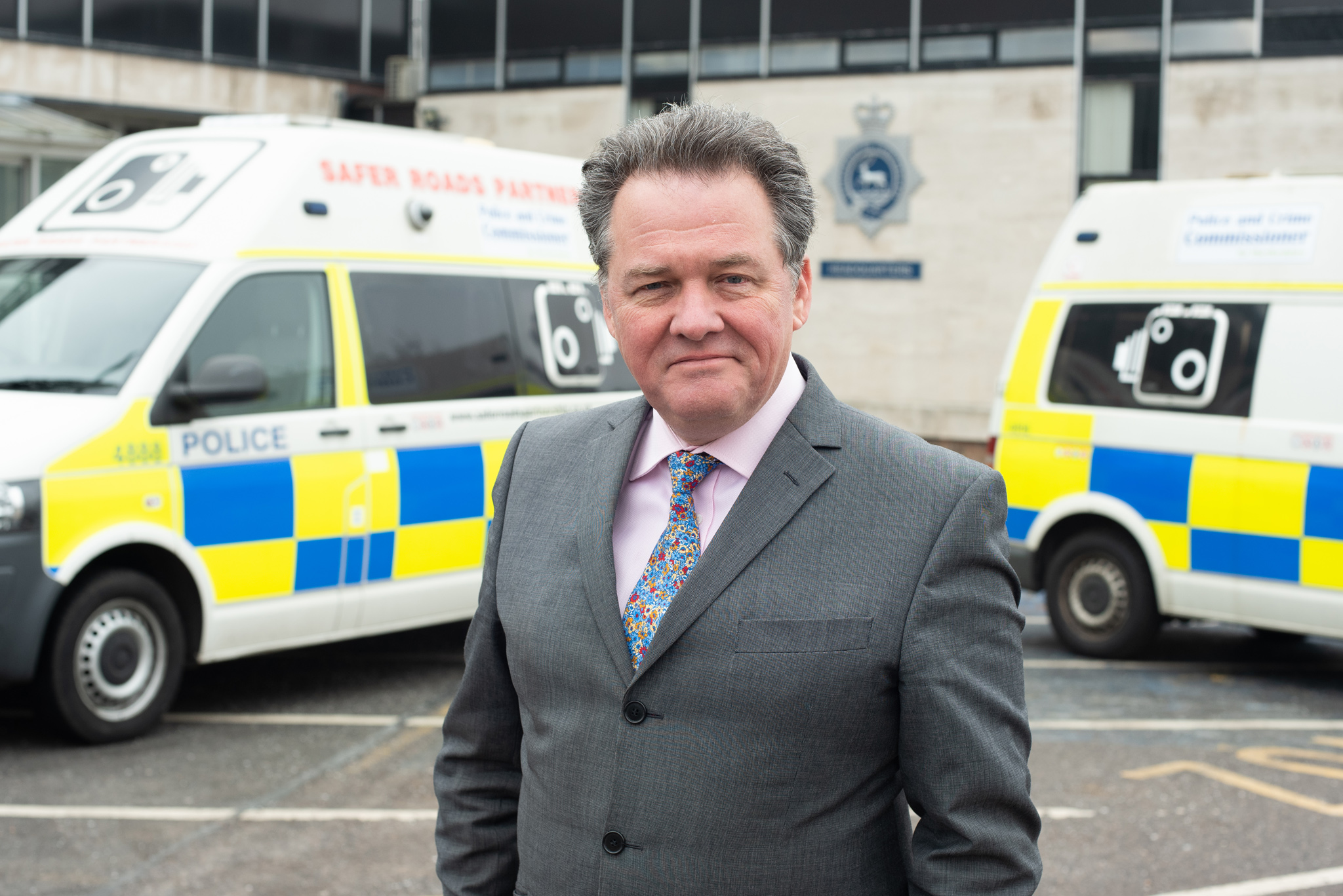 Mr Lloyd with the new vans at Police HQ

Launching the vans Mr Lloyd said: “My role is to keep the public safe and reduce crime. Speeding and road safety is one of the topics of concern I hear about most from the people of Hertfordshire.

“The public want a flexible and robust approach taken to speeding on all roads across the county; from remote villages to city streets and from rural roads to motorways.

“These vans are a response to that demand for action. They will provide a supplementary reassuring high visibility presence and improve the quality of life for local communities.

“They will be deployed at sites where the public have raised concerns, and in areas which may not have had a camera van before. They will work alongside the usual speed management measures including the existing speed camera vans, officer enforcement and my Community DriveSafe scheme.”

Assistant Chief Constable Genna Telfer added: “These vans are an excellent resource to support our efforts to improve road safety and reduce the number of casualties on Hertfordshire’s roads. The fact that the public has a say in how they are deployed is a really positive step forward.” 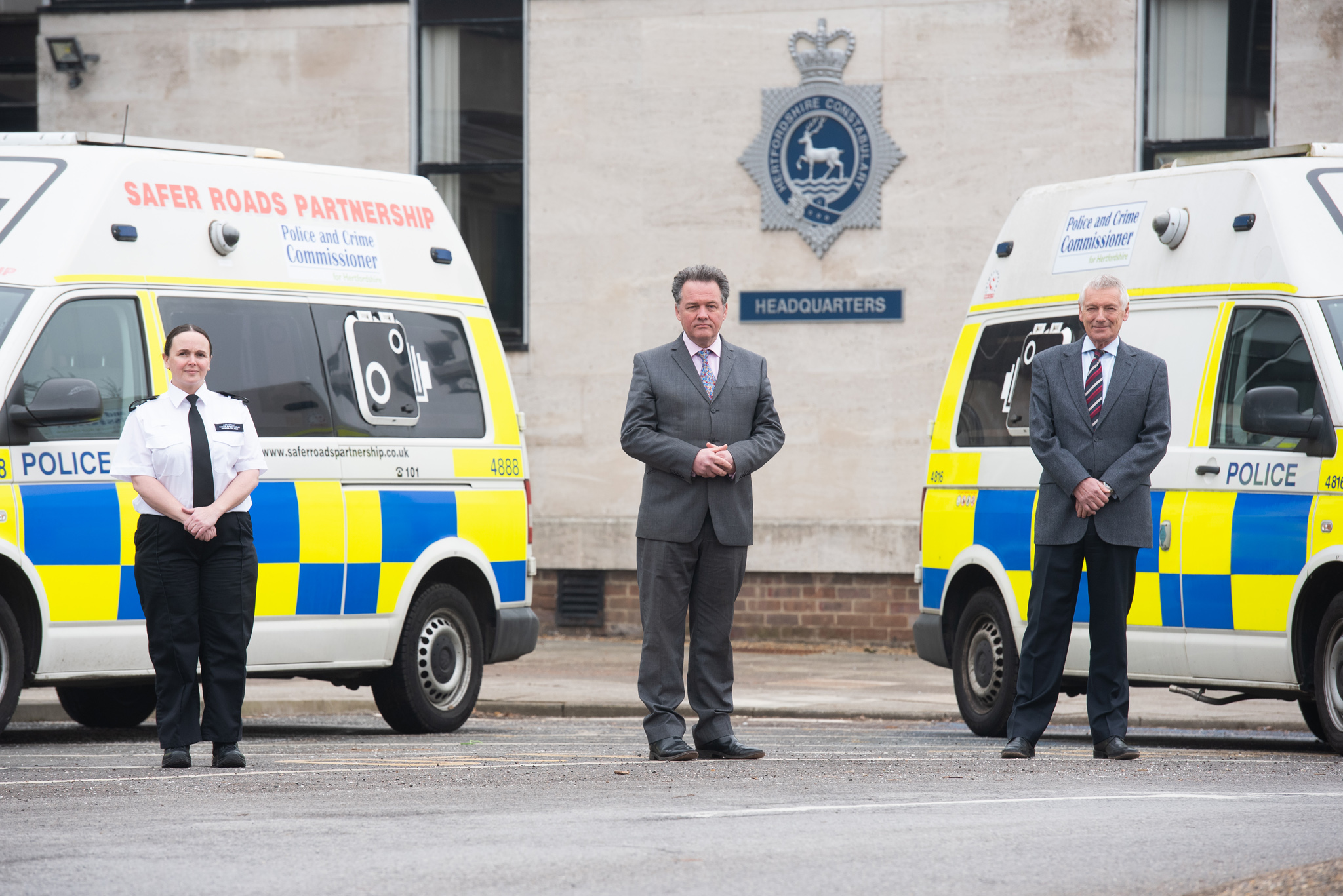 The Commissioner’s latest Community Safety and Criminal Justice Plan set out his ambition to provide the vehicles as a dedicated proactive and preventative resource that responds to community concerns around road safety.

Recently more than 10,000 Hertfordshire residents responded to a survey calling for more action against speeding and anti-social driving. More than two-thirds (70 per cent) reported seeing traffic offences, such as speeding or using a mobile phone, on a daily or weekly basis.

Three members of staff will crew the vans, which will be based at Hemel Hempstead and Hitchin Police Stations, but will cover the whole of the county.

They will support the existing volunteer-led DriveSafe scheme and additional locations will be selected according to information gathered through local priority setting forums, barn meetings and other engagements with the police.
The use of the vans will complement County Council and the Constabulary’s joint Speed Management Strategy, which underpins the county’s approach to interventions on the highways. 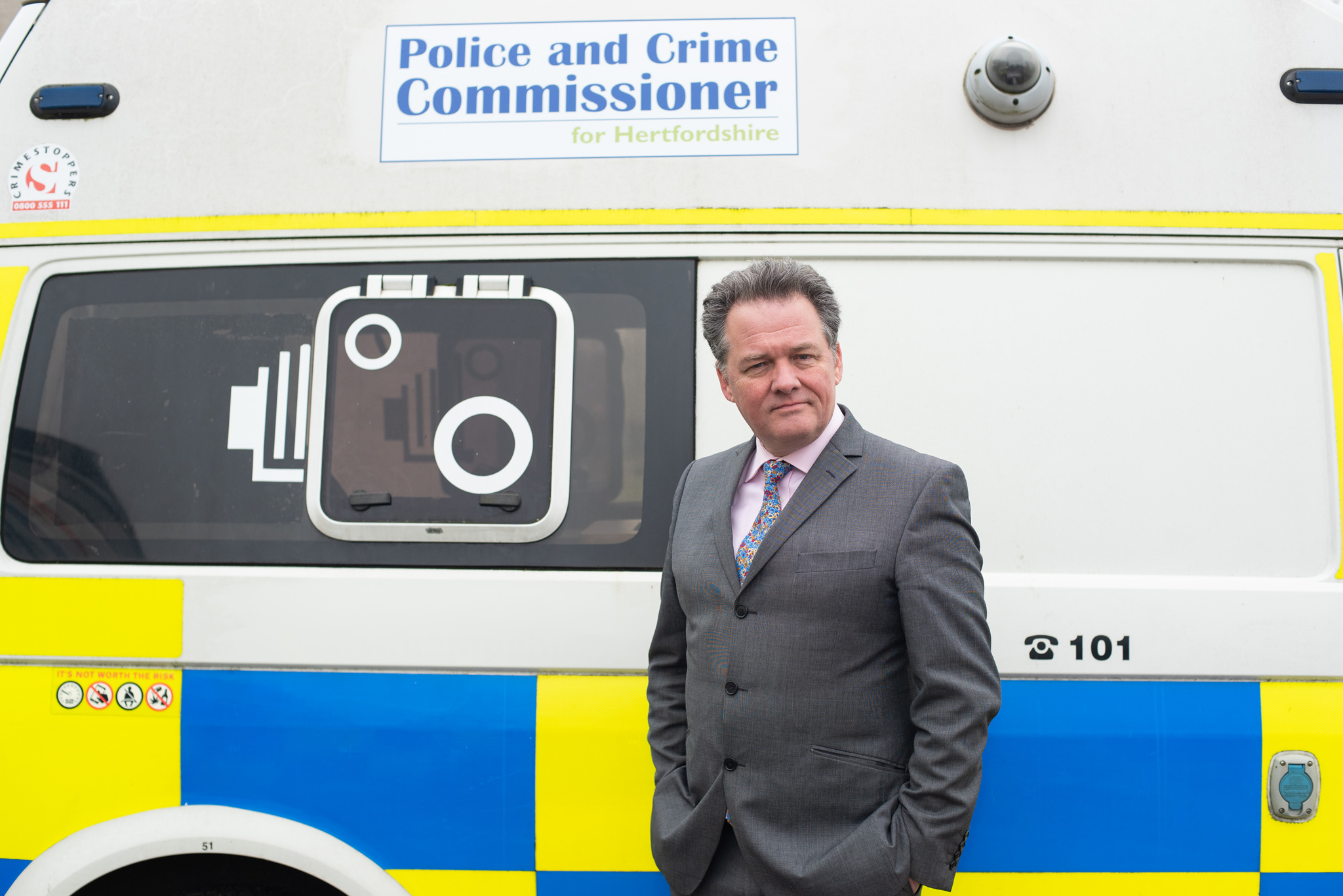 The vans will be deployed across Herts

Phil Bibby, Cabinet Member for Highways and Environment at Hertfordshire County Council, said: “We want Hertfordshire’s roads to be safe for all road users. In particular we want people to feel safe walking and cycling, and to make sure that residential areas and town centres feel like safe and pleasant places.

“Our Speed Management Strategy set out how we’re going to make sure we have the right speed limits in the right places, and we know people want to see those limits enforced. That’s why these new camera safety vans are so welcome. By targeting the areas where residents have raised particular concerns, they can help manage traffic speeds and reassure people thinking of walking, cycling or driving in an area that their local roads are safe.”

The refreshed strategy recognises the need to take a whole systems approach to the management of speed, and includes the need to address the publics’ road safety concerns before they materialise into collisions and deaths.

The Road Safety Camera Vans will issue advisory letters for non-compliance in an attempt to educate drivers and change behaviour. But they are built to the same standards and specification as those currently used by the Constabulary’s Cameras Tickets and Collisions Department.

The project is being run as a one-year pilot paid for by the PCC’s Road Safety Fund, which collects money from fines and court costs generated from motorists who have committed driving offences.