Re-elected Police and Crime Commissioner for Hertfordshire David Lloyd has been sworn for another term in office. 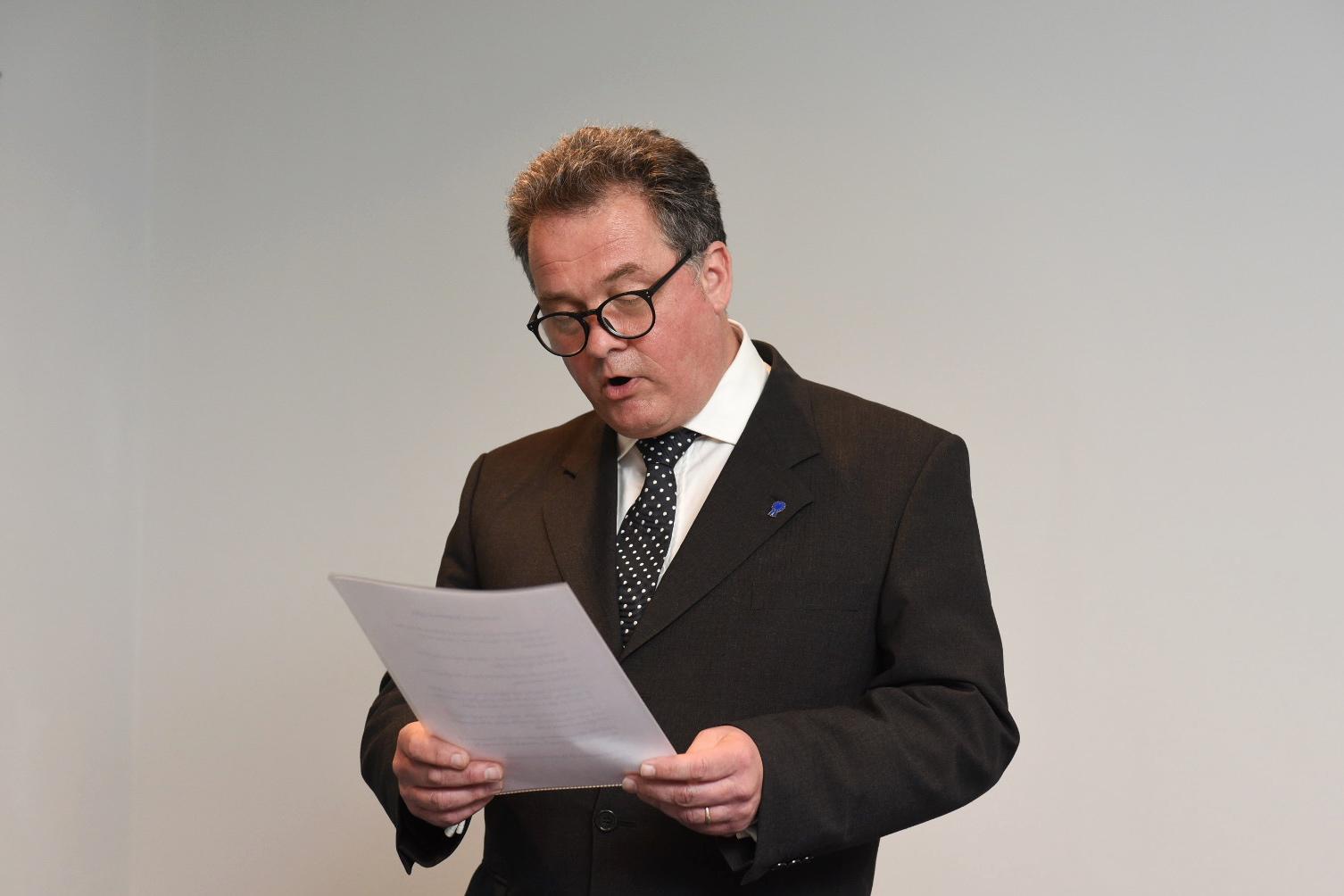 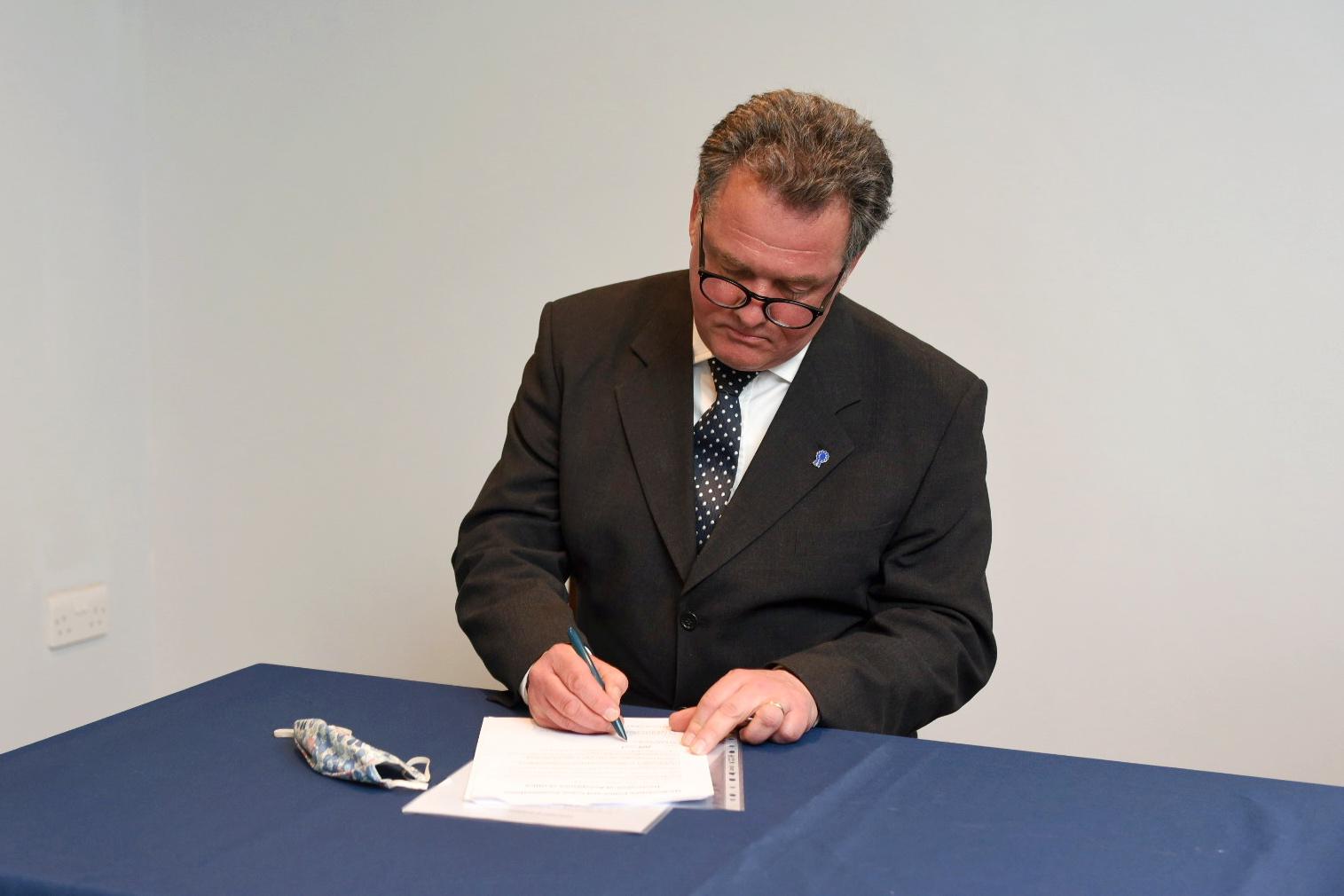 In a short speech Mr Lloyd said: “I would like to thank the other two candidates, we have had a good election and discussed the issues with honour.

“I am looking forward to getting on with the job, as I have promised it is about more police officers and lower crime. In addition, as I have always said, it is putting the victims at the centre of everything that we do.”

Mr Lloyd was re-elected to the role which he has held since he won the inaugural election in 2012. He is only one of four PCC’s in England and Wales to have continuously held the position since its introduction. 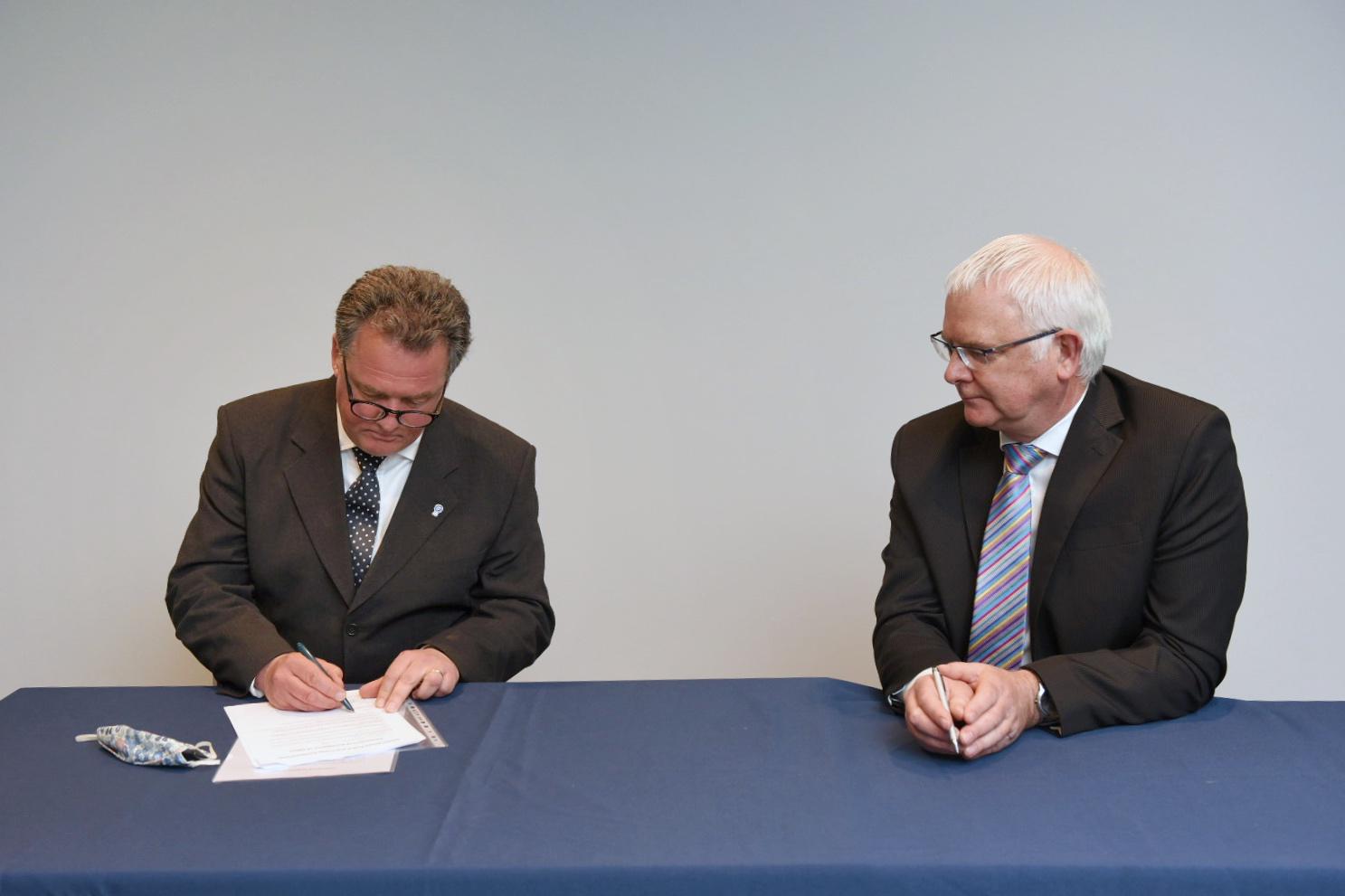 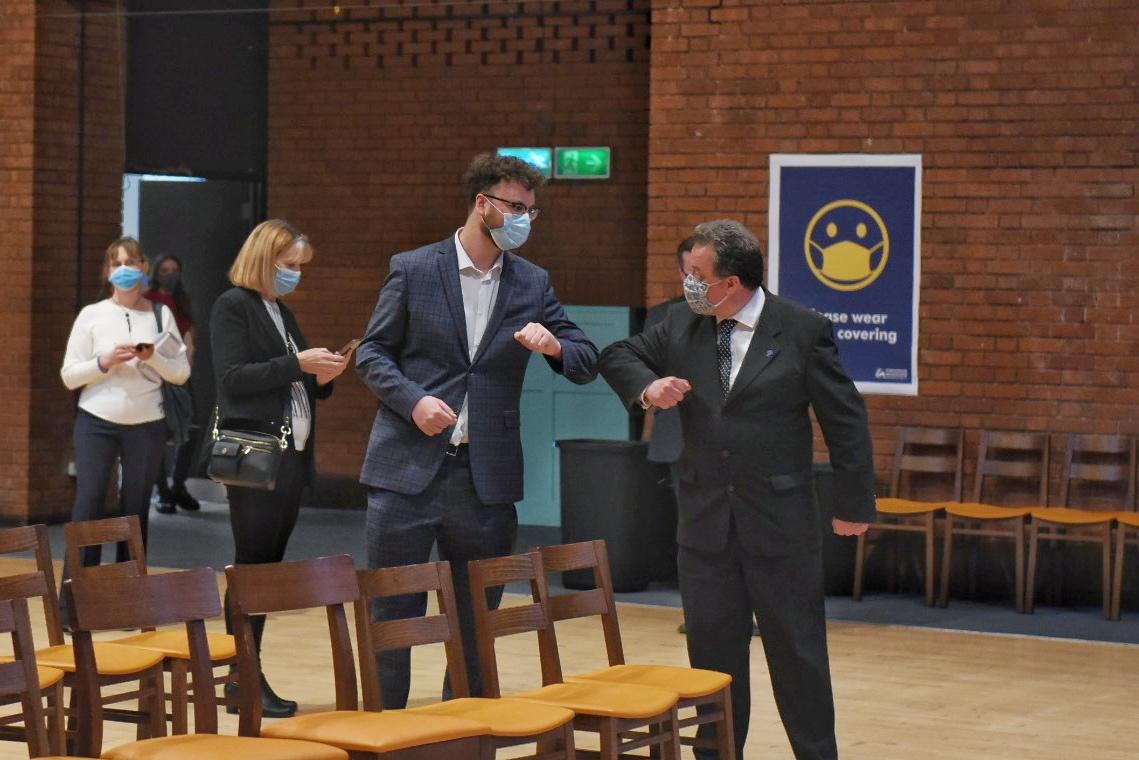 Reading the oath out loud he said: ‘I David Lloyd do hereby declare that I accept the office of Police and Crime Commissioner for Hertfordshire.

‘In making this declaration, I solemnly and sincerely promise that during my term of office:

‘I will serve all the people of Hertfordshire in the office of Police and Crime Commissioner.

‘I will act with integrity and diligence in my role and, to the best of my ability, will execute the duties of my office to ensure that the police are able to cut crime and protect the public.

‘I will give a voice to the public, especially victims of crime, and work with other services to ensure the safety of the community and effective criminal justice.

‘I will take all steps within my power to ensure transparency of my decisions, so that I may be properly held to account by the public.

‘I will not interfere with the operational independence of police officers.’

Mr Lloyd will officially take up his next term of office on Thursday 13th May.