A speed camera is to be been installed in a North Hertfordshire village to address the long-running concerns of residents.

David Lloyd, the Police and Crime Commissioner for Hertfordshire, has awarded £20,000 of Road Safety Funding to pay for the device and three years of operating costs in Barley.

Barley Parish Council submitted a Road Safety Fund application following a history of speed related issues in and around their village including on the B1368 and B1039.

The camera is being installed following a long campaign by the Parish Council and residents. Over the years data captured by the Drivesafe volunteers, Speed Indicator Devices and during enforcement operations has supported the need for a more permanent solution.

A Truvelo VIA-Cam will alternate between two locations with 30mph speed limits, and will be installed in the next few months.  Drivers of excessively speeding vehicles will be sent advisory letters, with any persistent offenders receiving a personal visit from police officers.  Data recorded by the cameras will also be used to enable additional targeted speed enforcement action. 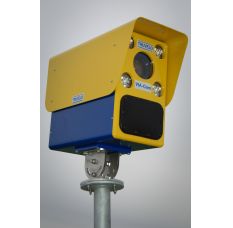 “The aim of the Road Safety Fund is to change behaviour to make the roads safer. These cameras will remind drivers they are entering a residential area and encourage them to slow down.  The letters which are sent out will educate drivers, rather that penalising them with fines.

“Barley has had a long-standing problem with speeding vehicles and I am pleased my office has been able to help. The cameras will be reinforced by other speed enforcement tactics including the new speed camera vans provided by my office.”
The initiative is a partnership project between the Commissioner, Hertfordshire County Council and Barley Parish Council.

A spokesperson for Barley Parish Council said: “We are pleased to be working in partnership with the Commissioner and HCC to pilot a new device to reduce speeding through the village and we look forward to a successful outcome.”

The funding will pay for the scheme for three years, after which Barley Parish Council will pay the ongoing cost of the camera.

The Road Safety Fund invites groups and organisations to apply for funding to help develop local solutions where a need has been identified.  The aim is to find and fund new and innovative ways of improving road safety, supporting a mix of education and enforcement with a focus on achieving behaviour change and reducing road casualties.

The monies within the fund come from the surplus generated from motorists who have committed driving offences and been ordered to pay court costs following prosecution or who have attended a speed awareness course.  Over £1.4m has been awarded to over 70 projects since 2016.  Further details can be found at www.hertscommissioner.org/road-safety-fund.