New road safety camera vans are being across Hertfordshire in response to community concerns over speeding.

Police and Crime Commissioner David Lloyd has funded four of the vehicles which are available for the public to request to visit roads where they are worried about speeding.

Last week Mr Lloyd toured much of the county including Harpenden, Watford, Hemel Hempstead, Welwyn Garden City and Ware to see the vans in action. He met up with MPs including Sir Mike Penning, Dean Russell and Bim Afolami in addition to several County Councillors who had asked for the vans to be deployed.

The sites visited with the vans were those identified as an area of concern by local residents, businesses and partner organisations. The vans operate particularly in 30mph and 40 mph zones, and locations where speeding is an issue but which have not necessarily involved deaths or serious injuries.

Mr Lloyd said: “One of the main issues I hear from the public is about road safety, and particularly speeding on residential roads. My job is to listen to those concerns and find ways of addressing them and changing behaviour to make everyone safer. These vans are a direct and innovative response to that call for action. 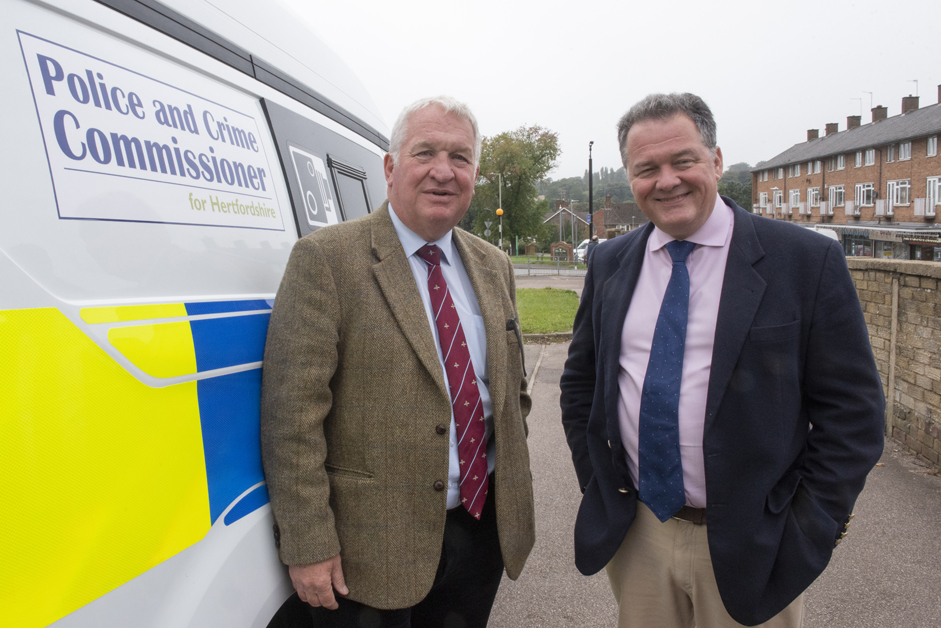 “The community needs to have a voice around where action should be taken, not least because they are sometimes the earliest predictors of issues and risk. This scheme has been paid for by my Road Safety fund which collects money from those caught breaking the speed limit. However, these vans have been deliberately set up to issue educational advisory letters, rather than issue fines. Repeat offenders will get a visit at home by an officer and be spoken to about their driving.

“The vans complement the work of the Constabulary’s camera vans and local neighbourhood officers with speed guns, with data collected being used to inform on hotspots which require further enforcement action.” 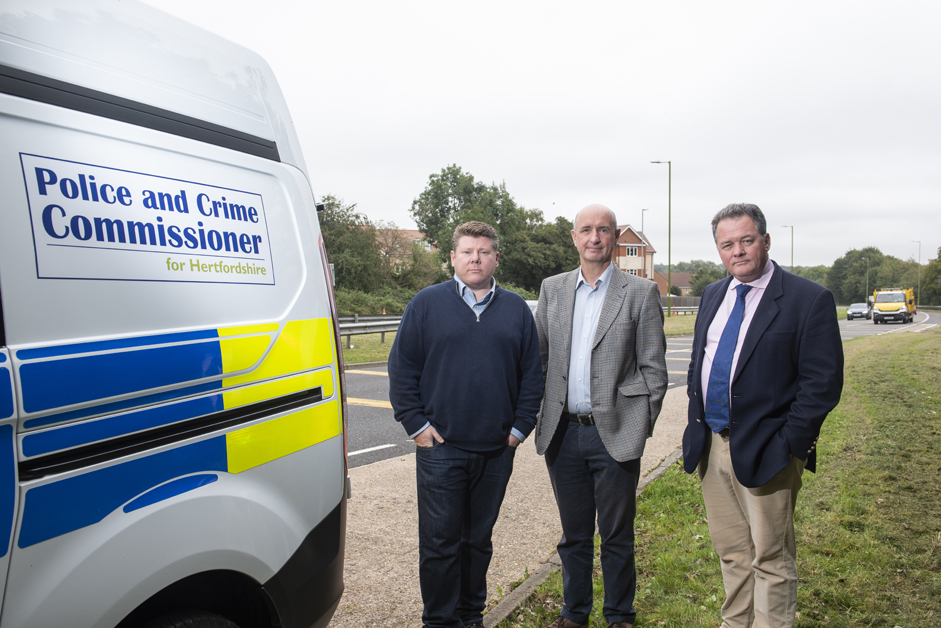 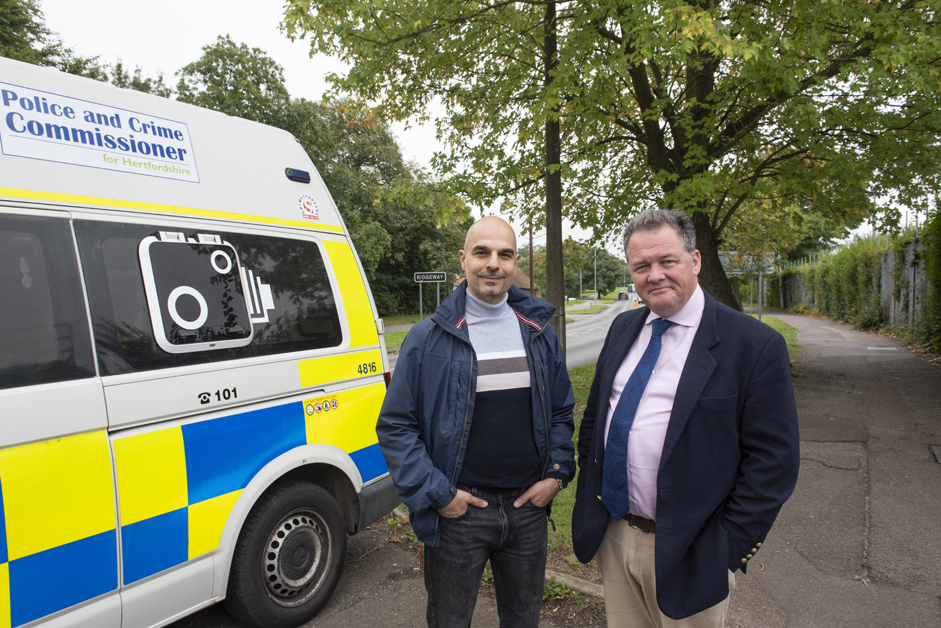 Beside the A405 in Watford with Dean Russell and Cllr Andrew Williams     On location in Ridgeway, Welwyn Garden City with Cllr Marios Artemi

Those interested in requesting one of the vans to visit a location can do so by via the Commissioner’s website page at www.hertscommissioner.org/camera-vans. In some circumstances deployment of the van to a location is not always possible due to a variety of reasons, including the absence of an adequate and safe parking position. When such instances occur other options of speed enforcement will be considered.

The Road Safety Camera Vans currently issue advisory letters for non-compliance in an attempt to educate drivers and change behaviour. But they are built to the same standards and specification as those currently used by the Constabulary’s Cameras Tickets and Collisions Department. 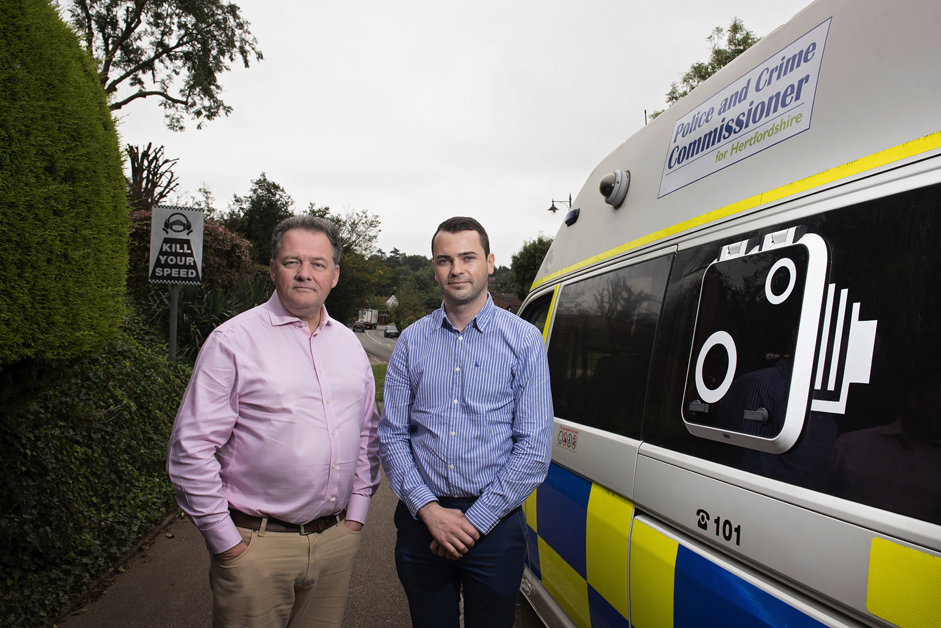 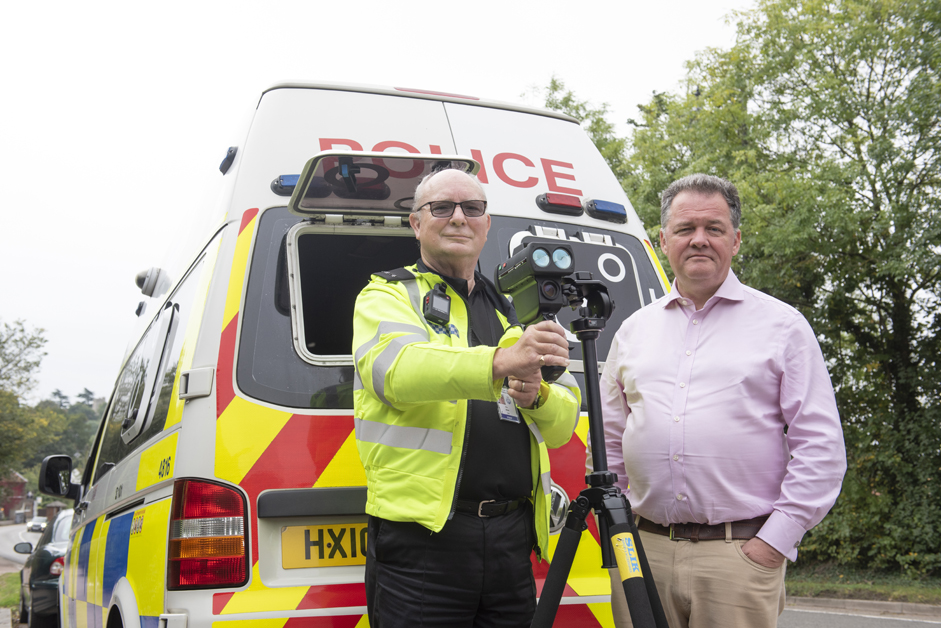 The project is being run as a one-year pilot paid for by the PCC’s Road Safety Fund, which collects money from fines and court costs generated from motorists who have committed driving offences.