The Police and Crime Commissioner for Hertfordshire David Lloyd is encouraging the public to share their views on policing and what they consider to be priorities over the coming years to help shape his new Police and Crime Plan.

It sets out his blueprint for delivering the future of policing in Hertfordshire, and outlines his vision for community safety and criminal justice for the next five years.

In his 2021 Manifesto, David Lloyd outlined the challenges and opportunities for policing, community safety and criminal justice across the county. This includes redoubling efforts to improve the safety of women and girls by focusing on crimes that affect them and continuing to address hidden crime including sexual exploitation, domestic abuse and modern slavery. There is also a focus on addressing neighbourhood crimes including burglary and anti-social behaviour, the scourge of fraud and those crimes that affect the rural community.

Mr Lloyd is committed to ensuring the largest number of police officers in Hertfordshire’s history are used to maintain the local policing model and ensure each district or borough has at least one police station housing neighbourhood, response and investigation teams.

Building on the achievements of previous Plans, the new Community Safety and Criminal Justice Plan will take an evidence-based Prevention First approach, focusing on preventing issues arising in the first place by working closely with communities and partners to get at the root causes of issues. This aims to reduce organisational and operational demand, and achieve better outcomes for the individual and the community.

Mr Lloyd said: “I am one of the longest serving PCCs in England and Wales, and Hertfordshire remains one of the safest counties with one of the most highly regarded constabularies. Priorities and demands change over time and I believe there are always different ideas which can be adopted to reduce crime and make communities safer.

“Recent events have shown us there are national concerns around violence against women and girls, officer conduct and vetting, as well as issues of fairness and disproportionality within the Constabulary and our communities.
“The public will want these issues addressed alongside other criminal behaviours that people want tackled from anti-social behaviour and road safety, to terrorism, serious violence, burglary, drug dealing and cybercrime.

“All of these areas, and more, need strategies and resources to ensure they are policed effectively and efficiently. They also need the support of the public and key partners such as the criminal justice system, local councils, health authorities and the other emergency services. I want to ensure that all those involved in community safety and criminal justice play their part – not just the police - and that victims remain at the heart of all that we do.”

The evidence-based aspect of the Plan proposes taking a new approach with data being analysed at a very small geographical spatial level. This enables ‘similar’ characteristics of crimes to be noticed, and an exploration of factors that generate and attract crime around ‘harm spots’. This approach would represent a significant departure from the traditional approach that sees a focus primarily on the ‘high harm’ crimes and would represent a transformational change in the way the Constabulary view early intervention and vulnerability through a structured process.

Mr Lloyd added: “My new Plan sets out how I propose to bring everyone together so real progress can be made. However, if it is to truly reflect the policing and crime reduction priorities in Hertfordshire it is vital that the public tell me what they think.”

The information booklet about the Plan is available at www.hertscommissioner.org/Plan2021-consultation on the Commissioner’s website at and you can access the survey at https://www.surveymonkey.co.uk/r/DFB7JGY.

You can also scan this QR Code 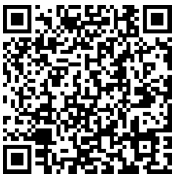 Respondents can complete the online survey or email their comments to: the.plan@herts-pcc.gov.uk or write to the Office of the Police and Crime Commissioner for Hertfordshire, Harpenden Police Station, 15 Vaughan Road, Hertfordshire, AL5 4GZ.