A two-day event to prevent violence against women and girls and encourage reporting of offences has been held at the University of Hertfordshire.

Deputy Police and Crime Commissioner for Hertfordshire Lewis Cocking joined the first day of the awareness campaign on Tuesday (March 1st) to speak to students at the College Lane campus in Hatfield.

The event was organised by the Crimestoppers charity and the University using a share of the £548,000 in Home Office Safer Street funding, which the Office of the Police and Crime Commissioner (OPCC) secured for Hertfordshire.

Students were able to discuss any concerns and were given security items including personal alarms, drink stopper and webcam lens blockers. 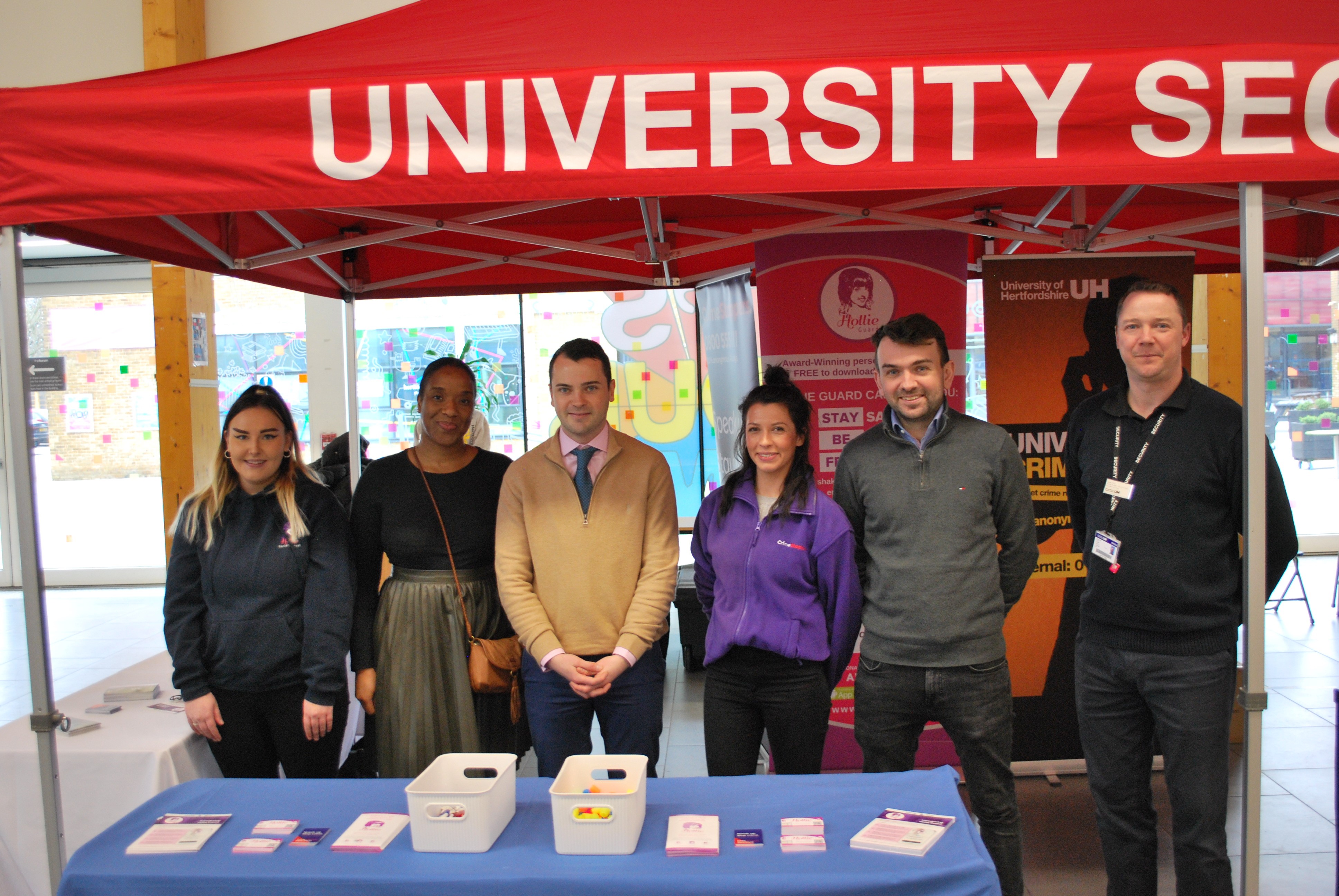 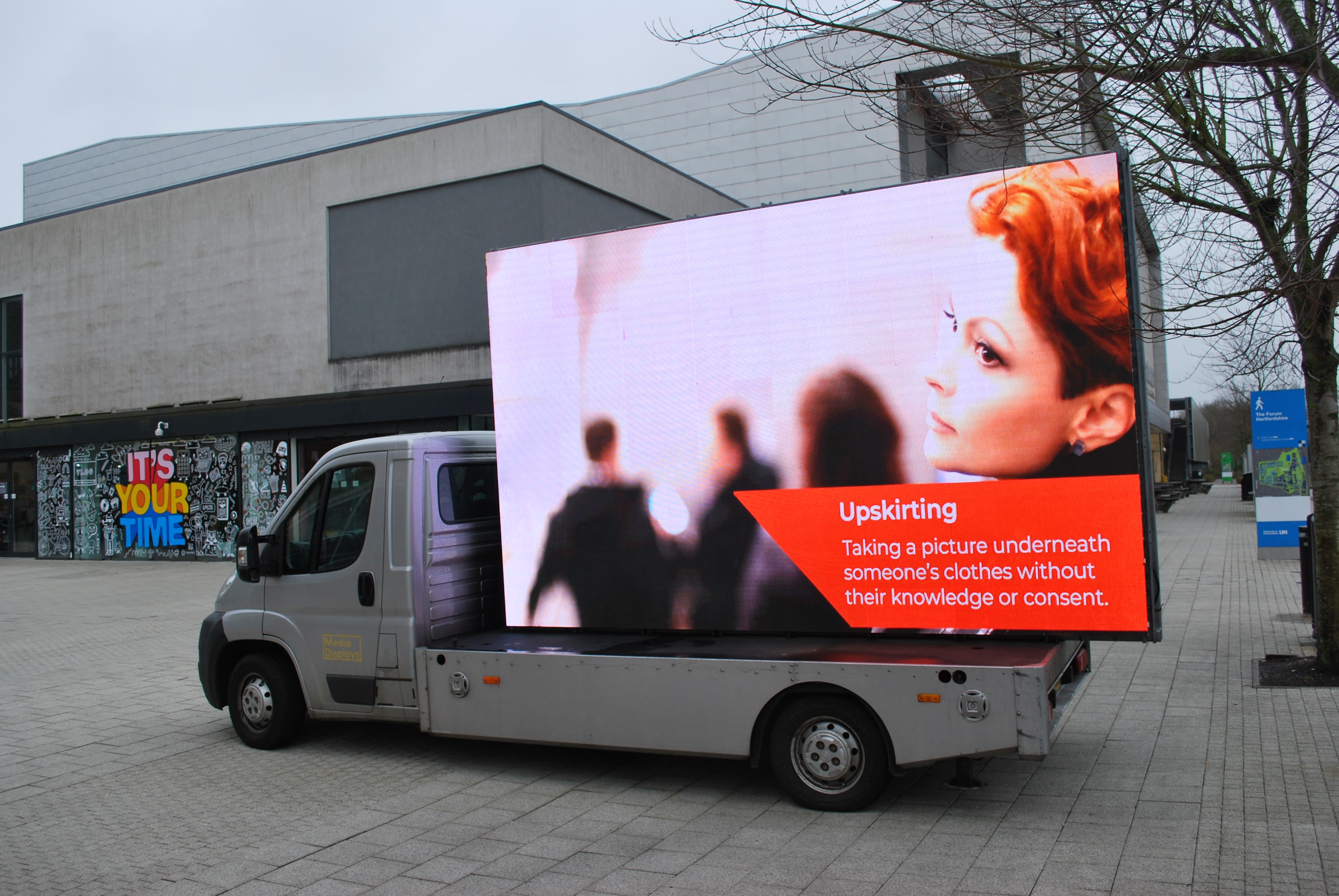 Mr Cocking said: “Violence against women and girls is a high concern of the public who are rightly demanding action is taken across society to tackle it.

“Today is an excellent example of partnership working with the University of Hertfordshire and CrimeStoppers, as education and changing behaviours are a key part of reducing many forms of VWAG.

“Later this month the Commissioner is due to publish his latest Police and Crime Plan which will include further measures to address this issue.”

The OPCC has also provided CrimeStoppers with funding to run a social media and community engagement campaign to raise awareness and encourage reporting of VAWG in the county, with a special focus on the student population of Hatfield.

Also at the event were representatives from Hollie Guard, a personal security app students can download to keep themselves safe. It is based on an alert system which the user can easily activate in the event of an emergency which sends an alert and accompanying audio and visual footage to selected close contacts. Users can also report instances of stalking or harassment to the company’s monitoring system which is then passed on to police. 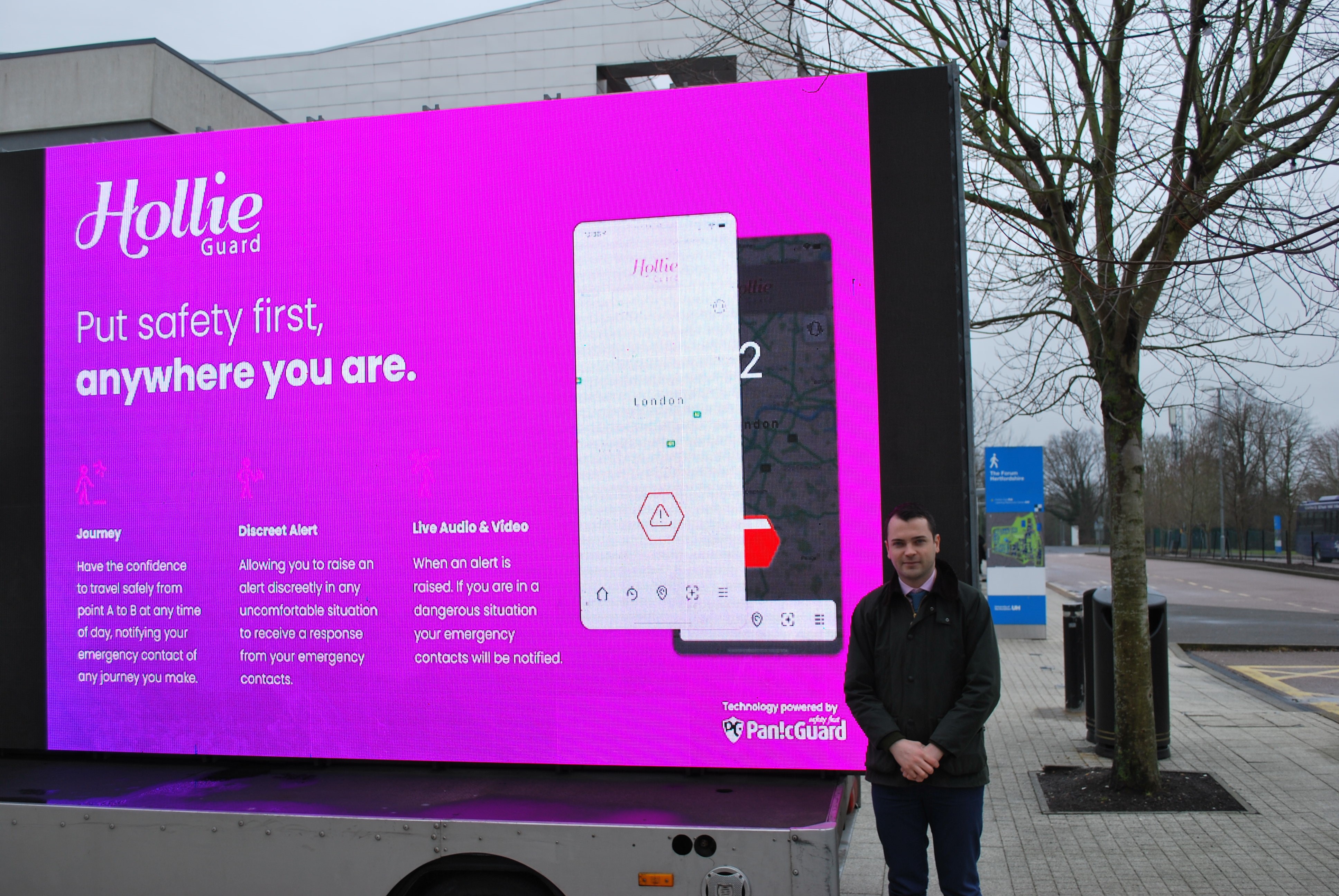 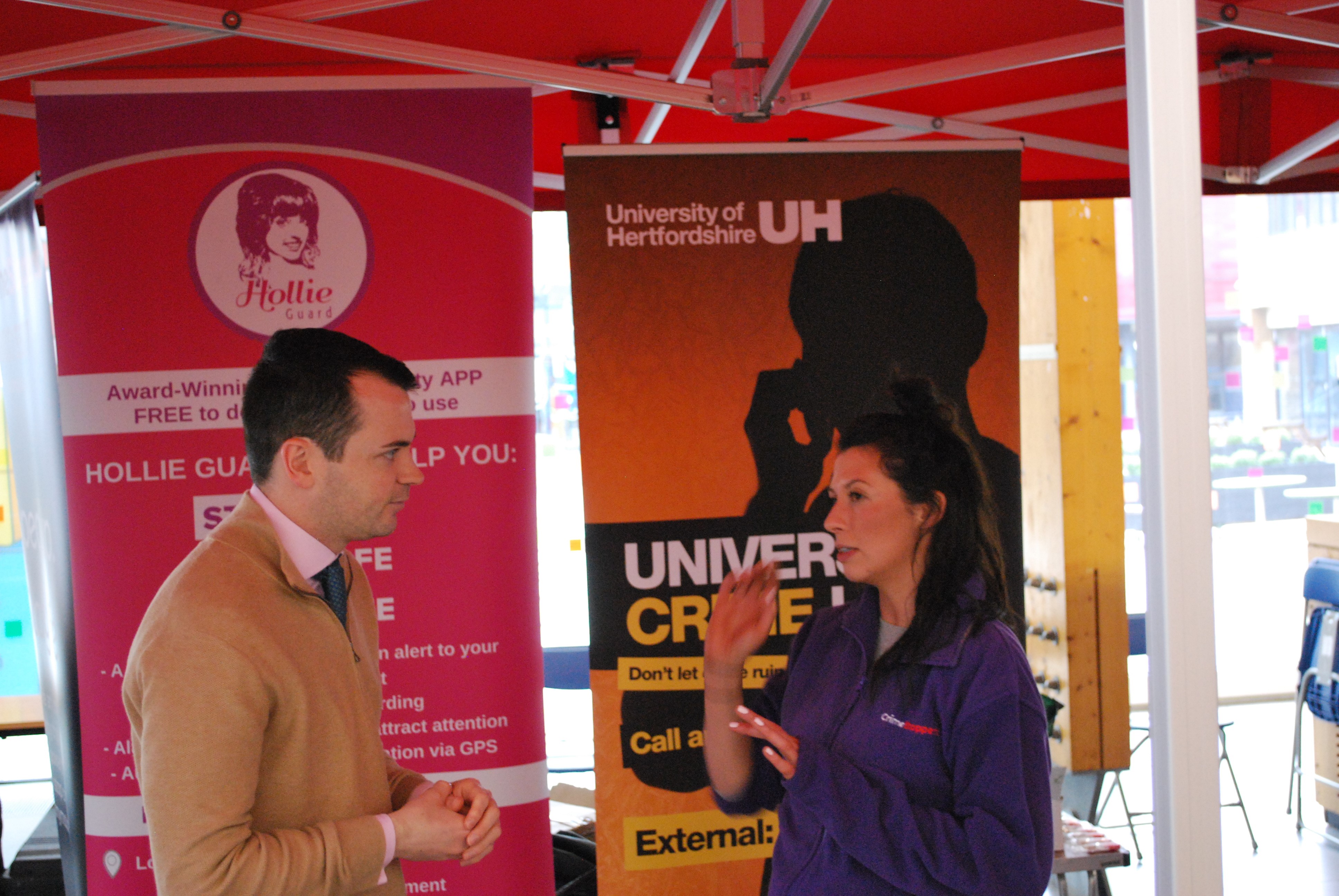 Safer Streets funding has also been allocated to the University of Hertfordshire to provide thousands of students with an upgraded paid-for version of the app.

Meanwhile as part of the Safer Streets 3 programme Hertfordshire County Council are involved in updating five underpasses in Hatfield town centre. They are due to be renovated and equipped with CCTV cameras to improve the feelings of safety for residents and shoppers.

The wider work will also help build an evidence base for what is effective to reducing VAWG crimes and increase women and girls’ feelings of safety in the public spaces, which can be used in other parts of the county.